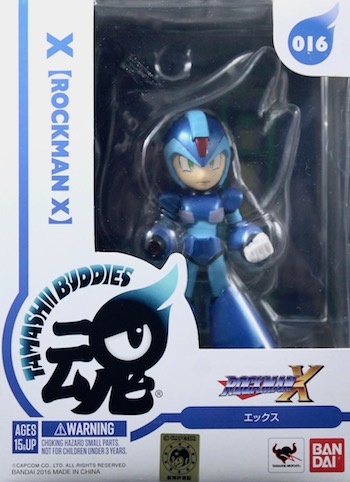 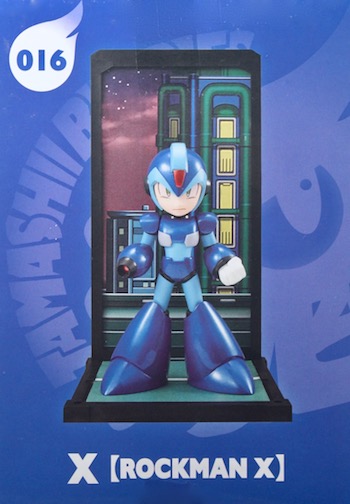 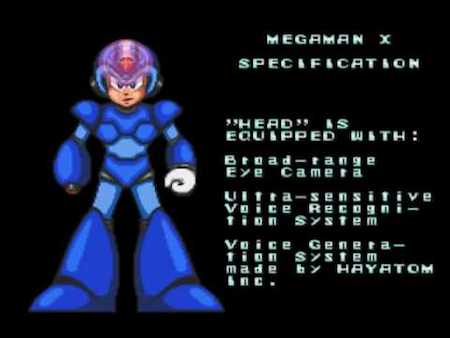 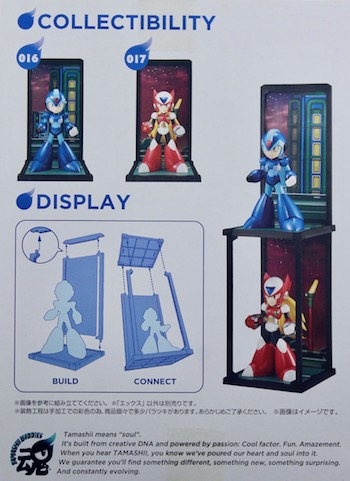 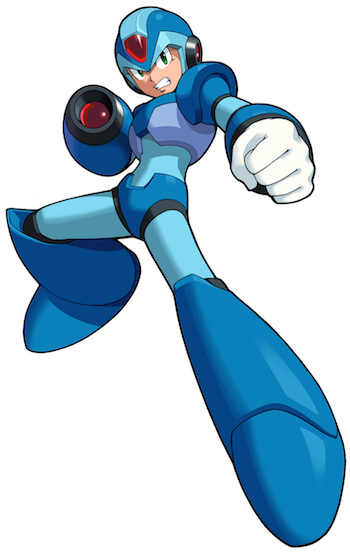 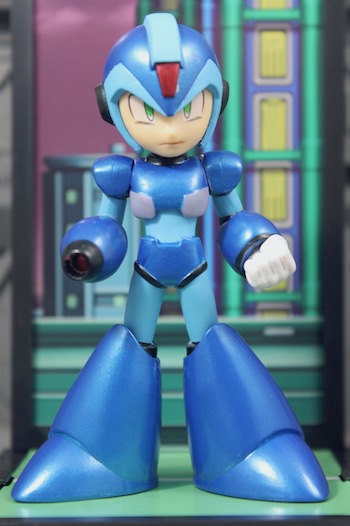 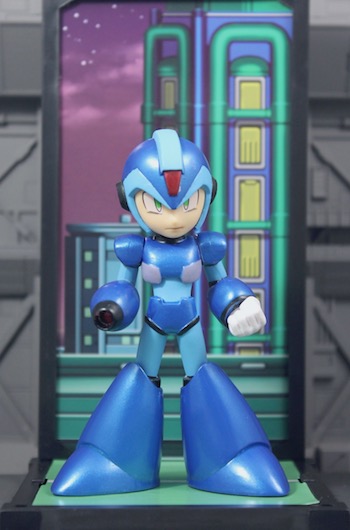 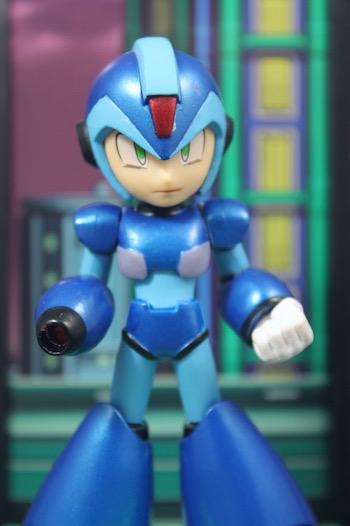 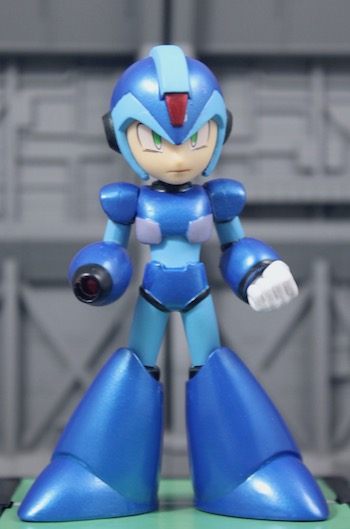 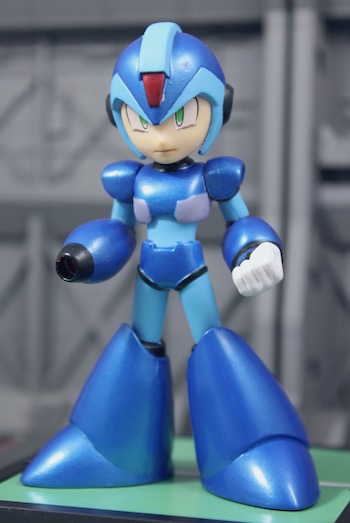 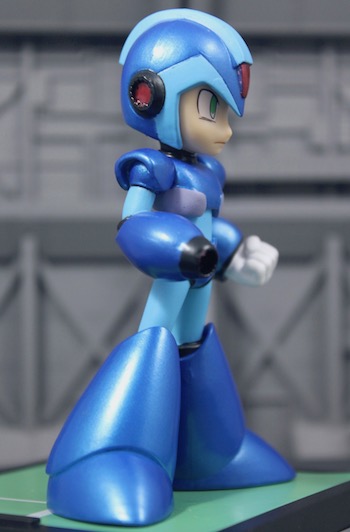 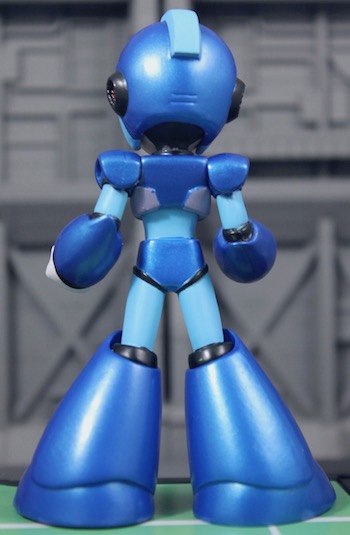 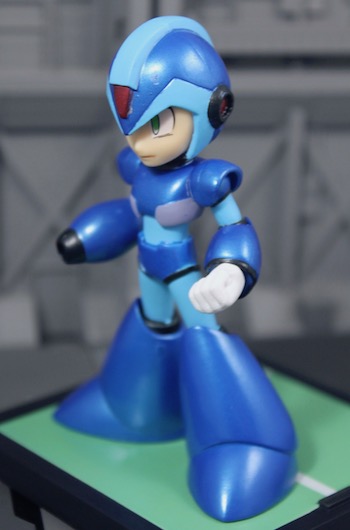 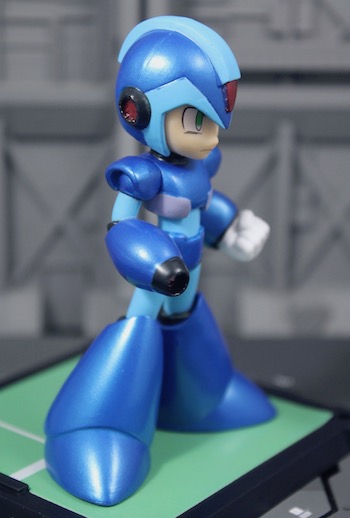 Widely known as Megaman X in North America and Rockman X in Japan, is the protagonist of the Mega Man X series. I will use the name Rockman mainly on this post as I'm exposed to mainly Rockman titles through playing the Japanese version of the games more often. This is a famous game during my growing up years which reminds me of old memories of console gaming golden age. X meaning limitless potential as mentioned by Dr Thomas light in the anime. He is also the special Maverick which carries that strong positive human emotions and sense of justice.

X is the successor of the original Rockman taking similar design to the original with classic and stylish blue color scheme with slight improvements such as X appears to have a more mature appearance, he is built taller, the upper torso is covered by a sectioned segmented grey chest plates, light-colored sharp ridges with the inclusion of a red crystal on the helmet. The eye of X has green eyes whereas the original Rockman has blue eyes. X is a Maverick Hunter who fought alongside his partners Zero and Axl in order to maintain peace and stability in the world and protect humans and Reploids alike from Maverick Reploids.

Rockman is a popular gaming figure around the world and Tamashii Nation is proud to present him in Tamashii Buddies form. Within the world of Rockman, X remains one of the fan favorites so it is no surprise that Bandai has pay tribute to Rockman X in 2016, through Tamashii Buddies by releasing Rockman X in the replicate the anime design and look which can be clearly seen on the eyes.

Tamashii Buddies ABS/PVC figure of Rockman X, standing approximately 3.5" (9 cm), comes with a special display stand (Background panel, Background frame and Tamashii Buddies stand) unique to the Tamashii Buddies line which can be stacked and show off collection if two or more of sets the same line. The interchangeable background will bring back memories from the game. There are also cons to the figure like paint smear and inconsistencies on the figure. Maybe its just my bad luck that there are paint unevenness on the helmet of my figure. Other disliking IMHO is that the figure is not able to be separated from the base.
at April 13, 2018

No articulation for this figure?

>> Desmond
Sadly no articulation and mine with paint default.