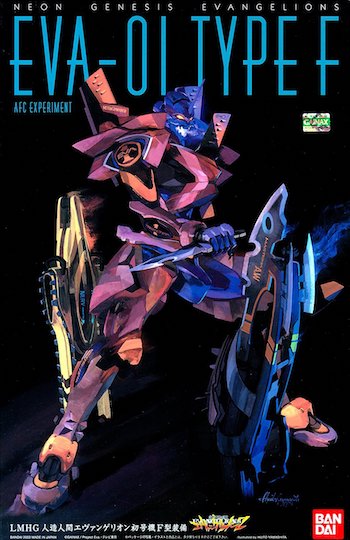 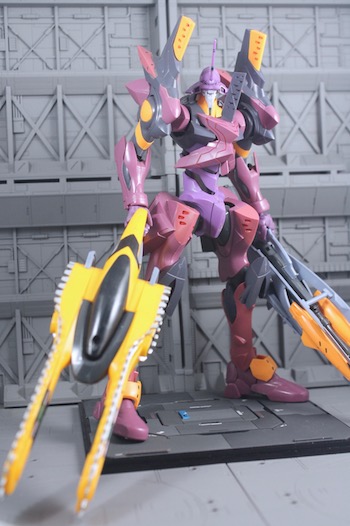 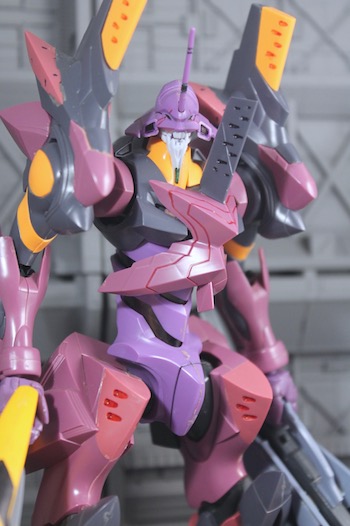 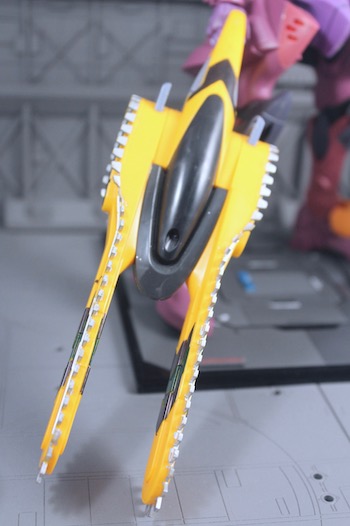 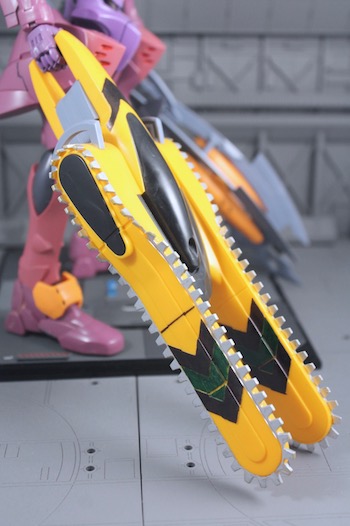 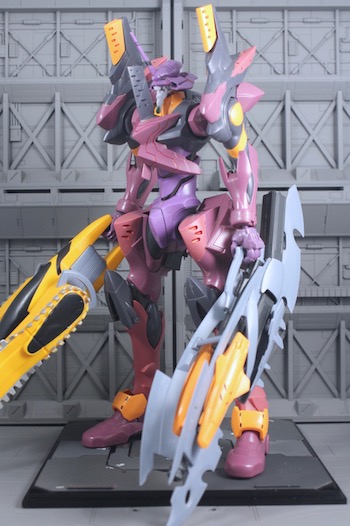 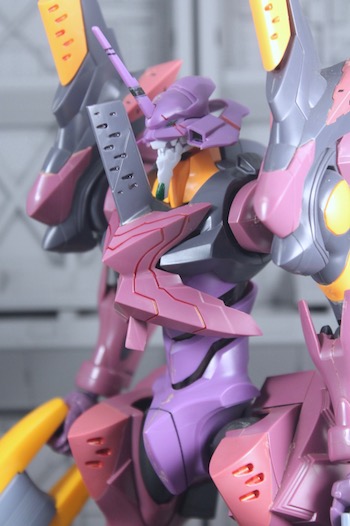 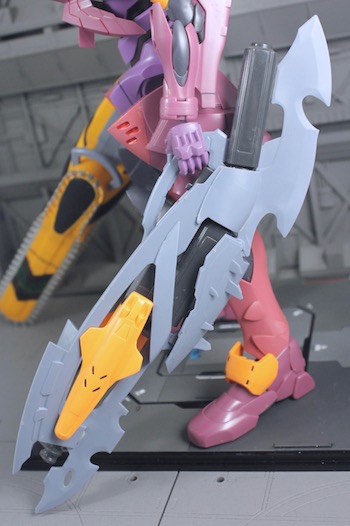 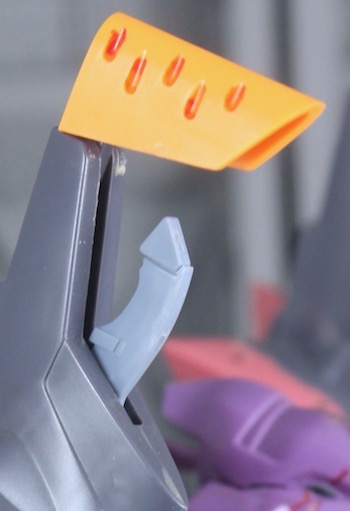 The shoulder has compartment to holster the dagger 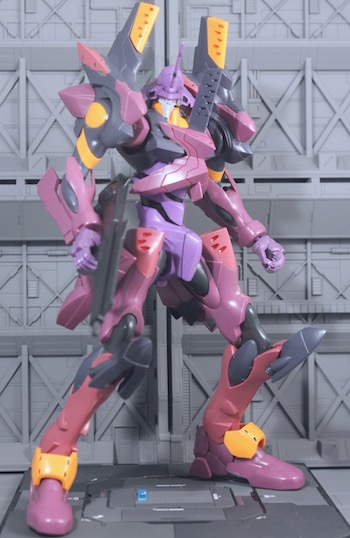 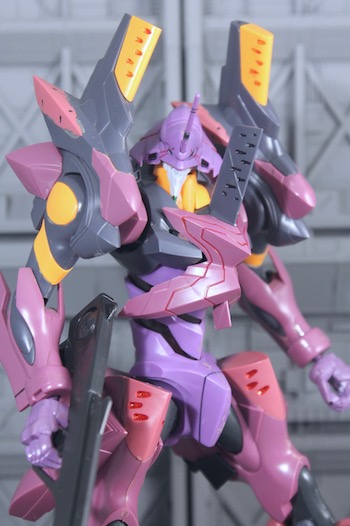 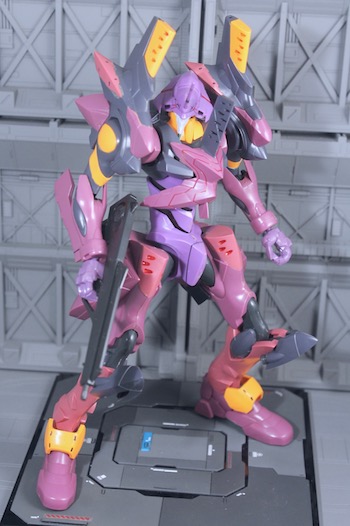 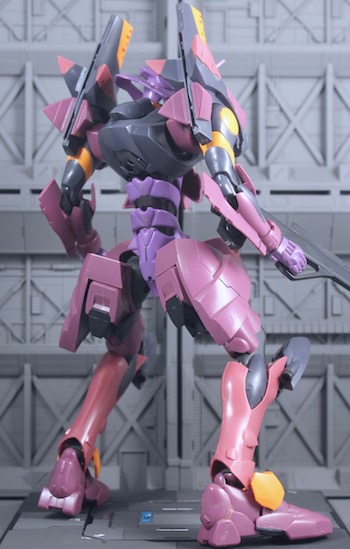 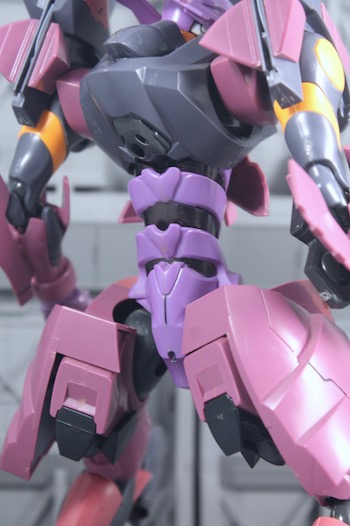 The chest armour seems to block the face nevertheless is sort of removable. Even comparing to other Bandai 1/100 model kits, this 20cm built EVA-01 Type F towered over them. The shoulder has compartment to holster the dagger. In comparison with other LMHG EVA, this kit can hold itself better attributed its wide foot. What makes this version so badass is that EVA-01 gets to wield a ridiculously huge Dual Chain Saw. The Dual Chain Saw is kind of heavy for the arm to lift it up without the aid of stand. The A.W Masema act as gun and blade weapon for melee attack, on the other hand is easier to handle. The N2 missiles are detachable from the A.W Masema. The Umbilical Cable can be attached and the armour at the back of the neck can be opened to reveal the Entry Plug. Since it's only HG and such an old kit, there is not much colour separation on the runners so prepare to do more painting or you can buy the toy version of this unit which I have would review in future.
at March 16, 2018

The figure may look better if the color scheme can be darker..

>> Desmond
For model it sure can be done. I’m too lazy to put in more effort on this kit. More like an abandoned project after straight build. What a shame : (