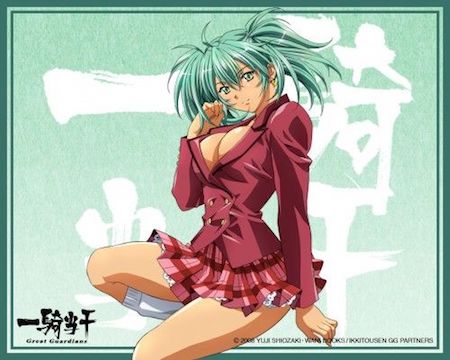 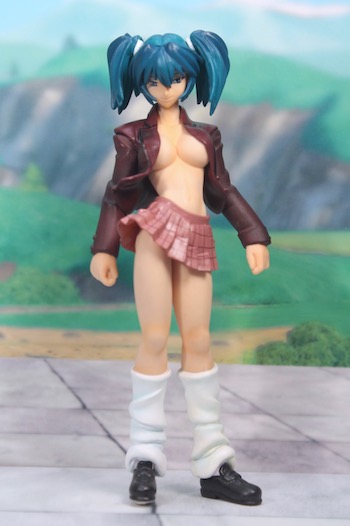 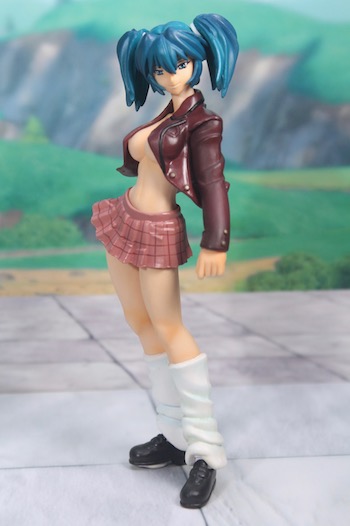 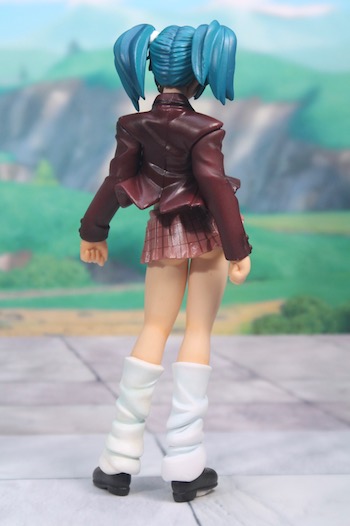 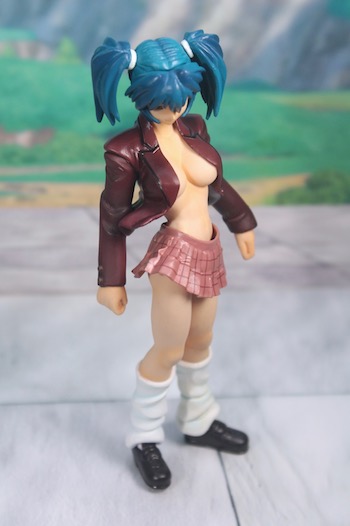 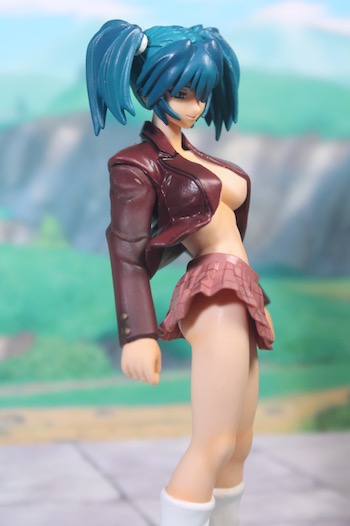 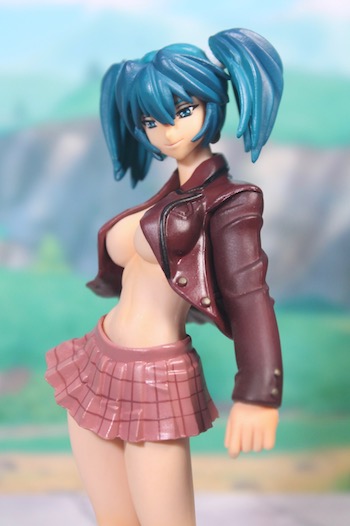 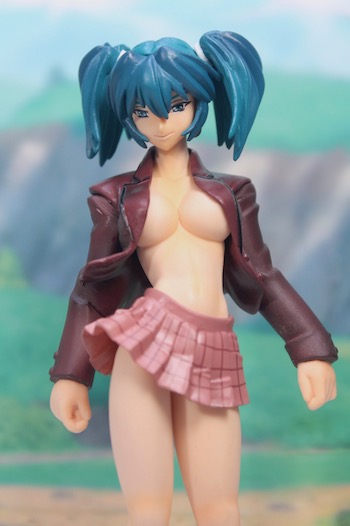 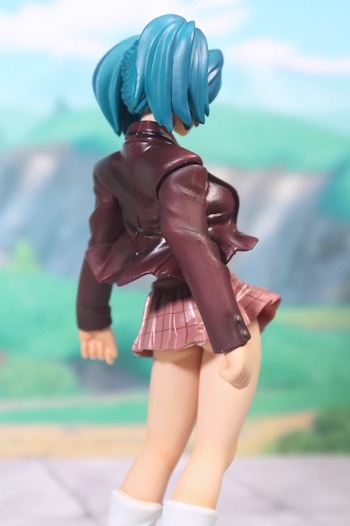 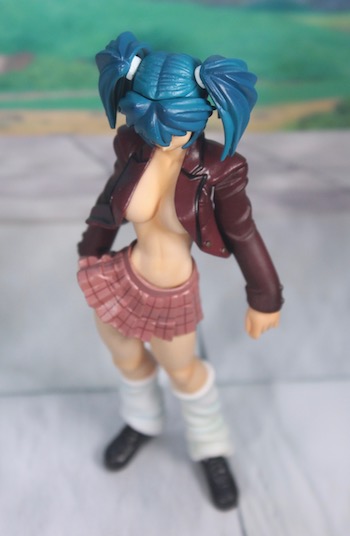 Warning, this post may contain adult material such as nudity, strong sexual content and explicit pictures. Ryofu Hosen 呂布奉先 is depicted as the reincarnation of Romance of Three Kingdoms strongest warrior Lu Bu with a very promiscuous personality, unpredictable, dangerous, a sexual predator and pretty much every unpleasant thing a person could be all rolled into one. She also has a habit for dressing skimpy as this pre-painted PVC figurine Super Real DX suggested. Ryofu is considered the strongest female Toushi in the Kanto Region in both the manga and the anime titled 'Ikki Tousen' 一騎当千, especially in the anime.

Ryofu has green hair which is always tied into pig tails, and is mostly attired in her Rakuyo school uniform which consists of a short skirt, leather blazer, knee high socks, and brown shoes. This time round, Yujin manufacturer decided to go without wearing her school shirt and unbuttoning her blazer for this 6" (14cm) Bishoujo figure. The set includes a stand to place Ryofu Housen into a lively position. It can't hold itself without the assistance of base stand however blu-tag would do the trick. Mainly non-posable except that head can turn.

Not a tall figure IMHO nevertheless, it well sculpt and painted. Ryofu Housen wears a blazer expressing her muscular body and her light tanned coloured skin. Maybe it would be nicer if she carries a weapon like the Lunar Crescent. The figure comes in a carded packaging instead of box. I don have the habit of keeping card package so I'm cool keeping it as a loose in my collection.
at December 06, 2017

I think I watched long ago something related with Ikki Tousen and yeah, it’s kind of explicit in terms of nudity and sexual content, obviously all the merchandise related is aimed to adults but, at least for me, it’s not usual to see trading figures based on this franchise... It’s a nice figurine, quite, you know, suggestive... However, I can see she "suffers" a sort of shortage of clothes, don’t you think so ??? Poor girl, LOLOLOL !!!... =D

>> Chrismandesign
Oh yes, this is quite a popular ecchi anime at one time but not as naught as ‘Queen Blade’. The battle damage version is typically clothings torn off. There are a lot ecchi fans out there, probably underground and shy ones ^_^