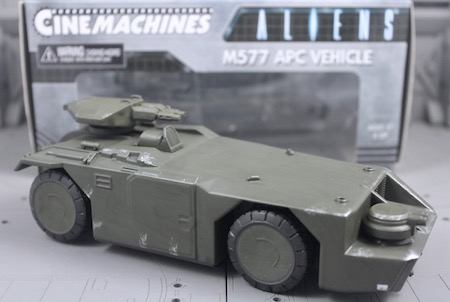 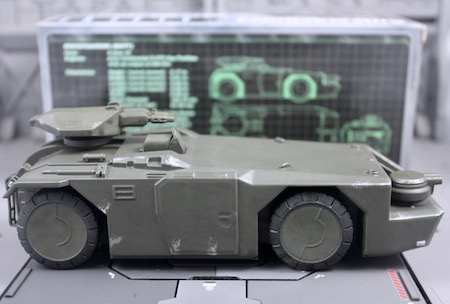 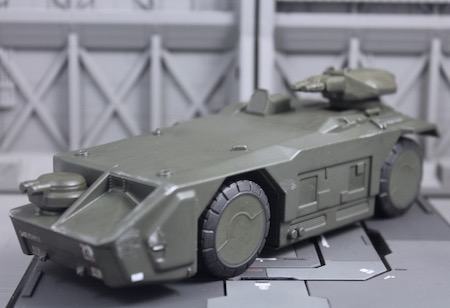 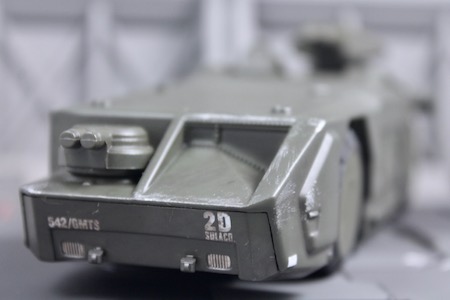 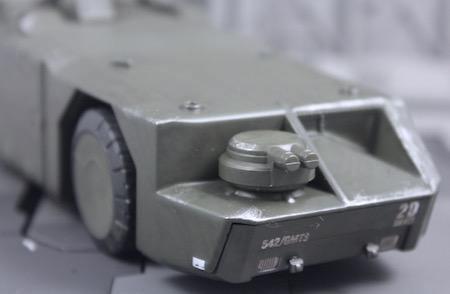 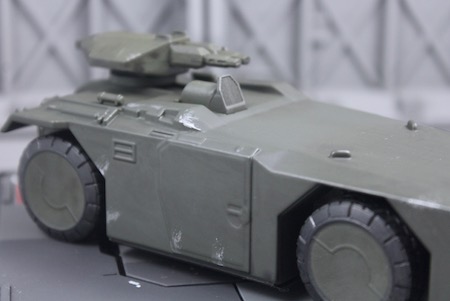 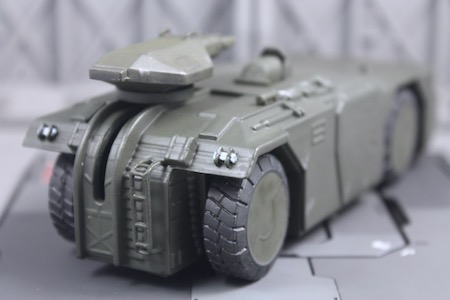 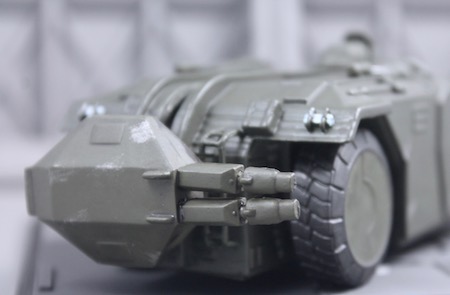 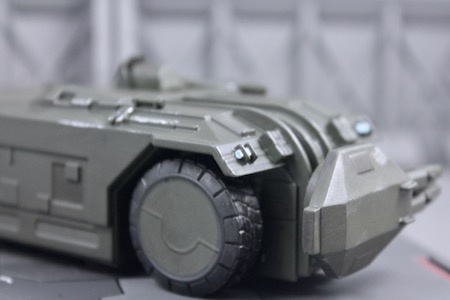 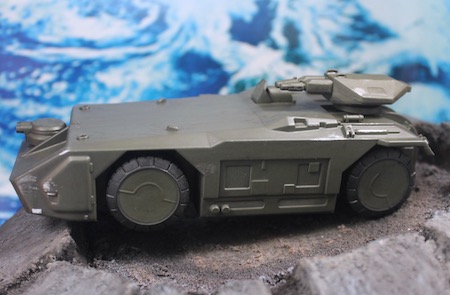 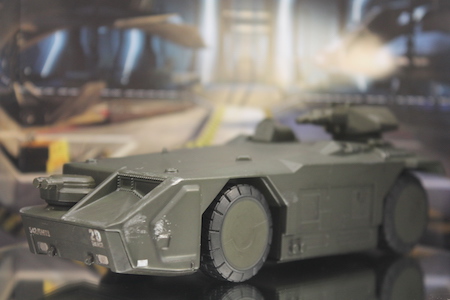 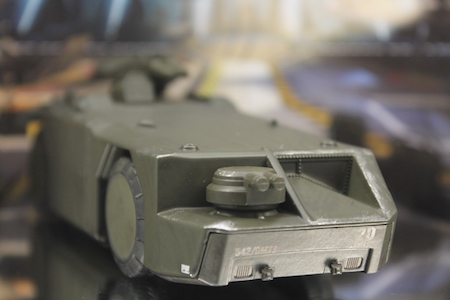 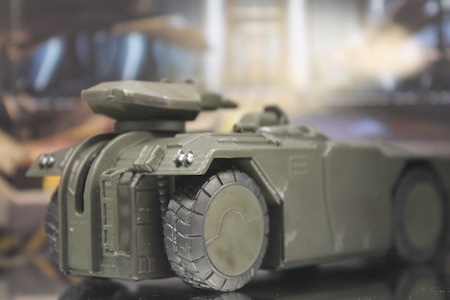 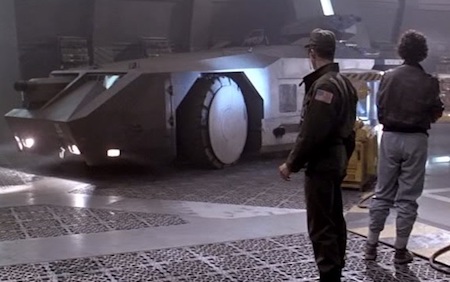 Decided on having a movie replica such as NECA Cinemachines Series, M577 APC (Armored Personnel Carrier) 5" die-cast vehicle as I'm a big fan of the movie 'Aliens' since I was a kid. Such simplicity yet captivating for an inspiring futuristic armoured car concept of the 80s. This is probably my first NECA toy because I'm not much of a western movie toys follower though I like watching Sci-fi movies however their merchandises are usually not the thing for me. I guess this piece is just too attractive to me.

If you have watched the movie, M577 Armored Personnel Carrier (APC) is a troop transport used by the United States Colonial Marine Corps, sent to satellite LV-426 terraformed, also known as Acheron, which orbits around the ringed planet Calpamos to investigate the cause of sudden lost contact from moon colony. It's a cool moment in the movie when the group of gungho marines boarded the vehicle which later transported into combat aboard the UD-4L Cheyenne Dropship.

The packaging is quite typical, still it's nice that the toy come in a box with window to see the actual toy. The printing has the vehicle in scan graphic with the specifications data. It also has pics of the other replicas from the movie which I would most consider UD-4L Cheyenne Dropship if I'm to get another toy from this toyline. The toy is licensed under Twentieth Century Fox Film Corporation and gave credit to those responsible for the toy from Director: Randy Falk, Design/Development: Thomas Gwyn, Paint: Jon Wardell and Geoffrey Trapp, Photography: Stephen Mazurek and Packaging: Chris Longo.

The toy weighs rather heavy especially the top chassis of the vehicle mainly die-cast while the undercarriage, made of plastic. The paint job is pretty decent with matte military green with light greyish weatherings. The vehicle's lights were painted and you see other details like the wordings and numbering on the vehicle which all combined give the toy a realistic feel. The smaller turret in front can turn covering the vehicle's forward arc, traversing between 60 degrees left and right of axis.

The best gimmick of this toy is really the main turret, mounted on the roof of the vehicle. Just like what is seen on the movie, the turret can be adjusted down the rear of the vehicle to enter the tunnel, clearing the height limit. You may need to take extra caution moving the turret due to the fragile nature of the mechanism. I broke the plastic stand that contact the turret to the vehicle. Good thing I managed to repair it by unscrewing the vehicle from the bottom and replaced the broken part with steel screw for stronger enforcement.

Oh man, this vehicle is just epic !!!... For me this is the best sci-fi movie of the 80s and one of the best ever created and I’m not the only one who thinks so... And since I’m a big fan of that movie, I can tell you that the moon you’re mentioning is in fact the satellite LV-426 terraformed, also known as Acheron, which orbits around the ringed planet Calpamos (don’t call me geek for that =P)... On the other hand, well, NECA is not a brand in my affects (I prefer by far McFarlane or Jada in that case, I would love to get a replica made by those brands, since the other option: Aoshima is just too expensive for my budget), but as you said, it’s a very decent replica !!!... =D

>> Chrismandesign
OMG! The guru has spoken! Nothing wrong been a greek and that was awesome! thanx for the head ups and will surely update my posting. I have not heard of Jada however I'm familiar with McFarlane. NECA version is within my budget for APC and been comfortable with it is all that matters. More Aliens stuff to come.

Bro, you really surprised me that you have bought the NECA Alien vehicle :)

>> Desmond
This is something that I like all along however can't fit into display cos my collection of western toys are kind of small.

As this is Diecast how heavy is it? Love the video you did there.

>> Leon
Didn't really weigh it but it's sure has the weight cos the cover is entirely die-casted. Glad u like the video. Thank you.