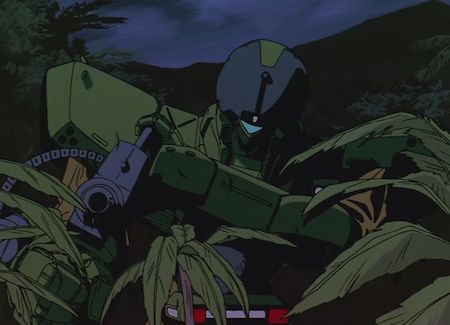 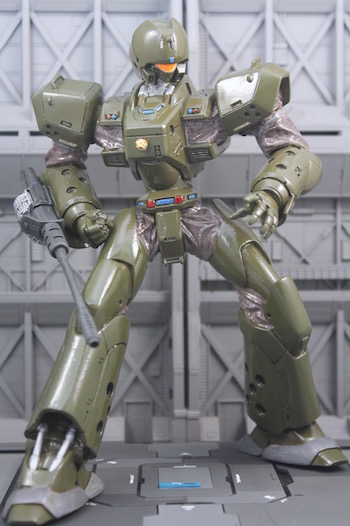 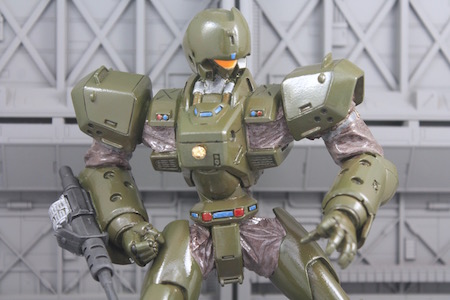 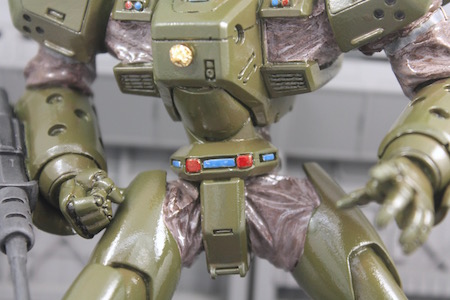 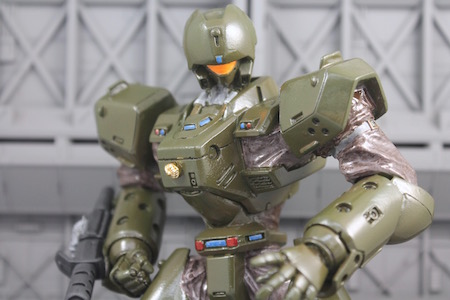 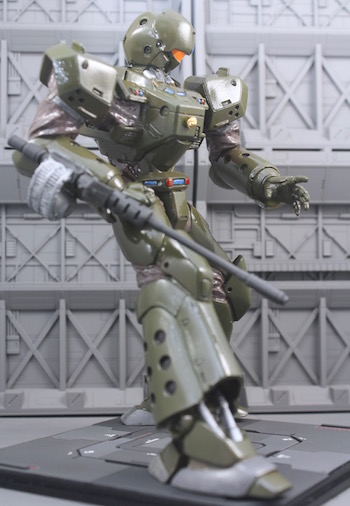 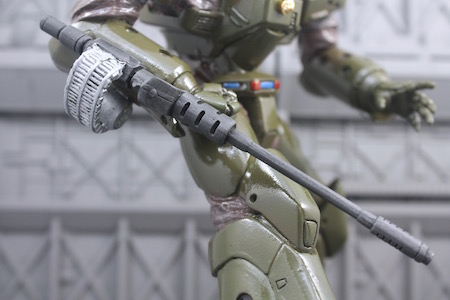 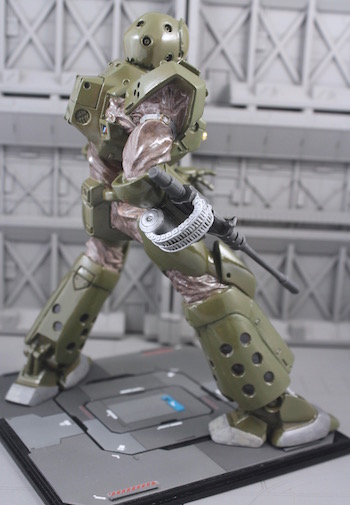 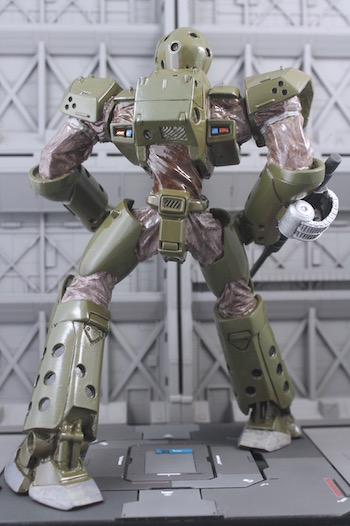 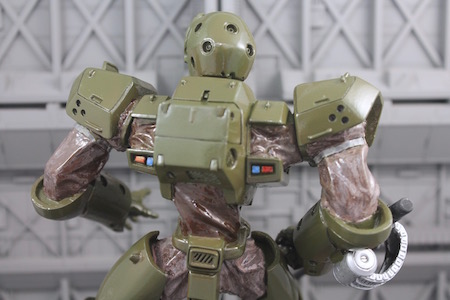 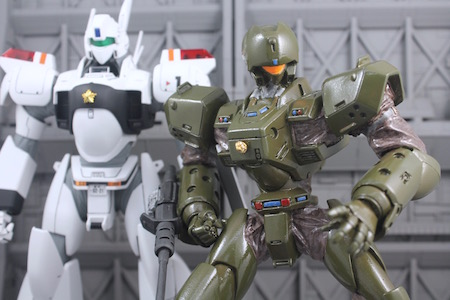 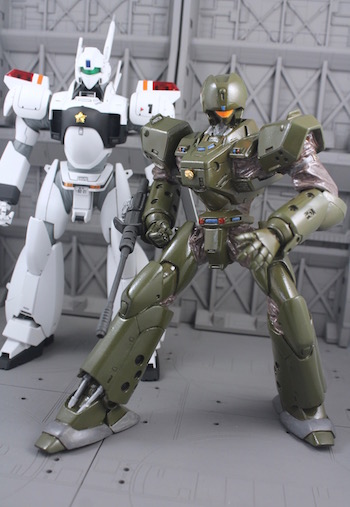 This resin is one of my rare finds and my first attempt on a soft vinyl garage kit. I do have the posable figure of Helldiver in Revoltech however this is more preferred, in terms of size, for display with other MG Patlabor model kits of the same scale and more budget compared to the WHAM version. Anyway both this kit & Revoltech are by Kaiyodo, designed by Yutaka Izubuchi and sculpted by Taku Sato. Featured in Patlabor, this mecha is military grade labor manufactured by Shinohara Heavy Industries for Japanese Ground Self-Defense Force. In the anime, this labor can even be deployed like paratroopers aka Airborne Reconnaissance Labor. Helldivers appear in the opening scene, based upon 'Patlabor the movie', when they attempt to capture the heavy assault Labor X10 prototype. The design is pretty simple with green camouflage colour equipped with arm machine gun and dagger. The head looks a airplane pilot's helmet.

As an amateur, how I did it was spraying the entire kit with primer after assembling and after which spray it fully green. Thereafter, hand paint the other parts. The weapon, 40 Millimeter Rapid-Fire Machine Gun, is die-cast and feels really solid. Can actually rotate the arm with the gun however it's weighted down by the diecast. Please bear with my novice work like uneven filing and lack of paint details. It's a relatively old kit released in 1989, yet still decent by today standard. I guess my pretreatment of the kit was not properly done as such the kit became a bit greasy and sticky some time later. Should have soak the kit in detergent water overnight.

I hope Bandai revive their Patlabor lineup, I wonder if the recent Patlabor anime reboot would make them consider it. I seriously dont mind M-5 Abraham or Brocken to get some model kit.

>> Yami
Now that Bandai has introduced Patlabor to their Robot Tamashii line. We could probably expect more. Saturn had been announced and you can get Brocken CMS version too. Don't think Bandai will make any MG labor beside the few main featured mecha.

It looks like Patlabor boast a wide assortment of mechas and well, this is the first time I see a military labor... The design of this unit conveys the idea that it was made for heavier action, the body seems lighter than in the police unit and even in this fixed pose garage kit you feel that the articulation and mobility is better... I’m not familiar with garage kits (all my models are snap-fit), but I can say that manual paint requires a lot of skill and practice (airbrush is more forgiving, in my humble opinion) and your work is getting better over time !!!... =D

>> Leon
Just trying out some simple video filming and iMovie app. Not even near pro. Lolz

>> chrismandesign
Patlabor has a few nice mecha that share similarities to the Ingram and I'm glad that more of these supporting mecha received their chance of becoming a 3D toy over the years. From Helldiver's design, I also think that its more nimble and the armaments definitely more devastating. The kit shall have deserved at better paint job, sorry to say that my skills restricted the progress and the outcome of the finish product. Just glad that I didn't ruin the kit further.

Dennis, what are those brown colour parts at all the joints?

>> Desmond
It supposed to resemble the cloth like fabric covering the joints.