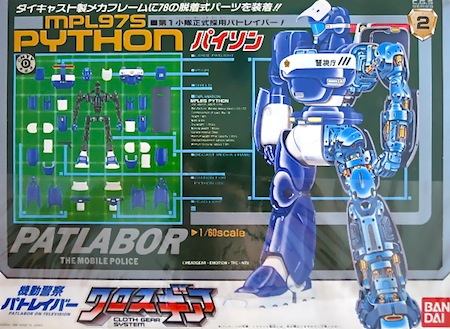 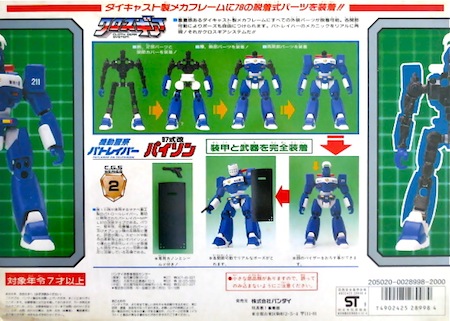 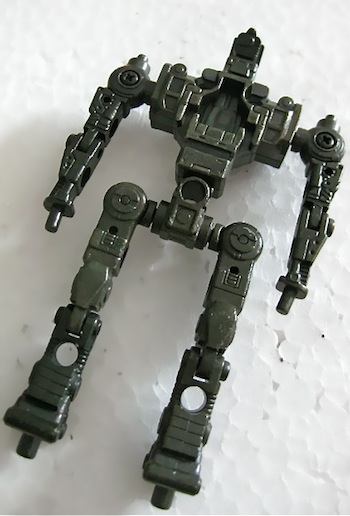 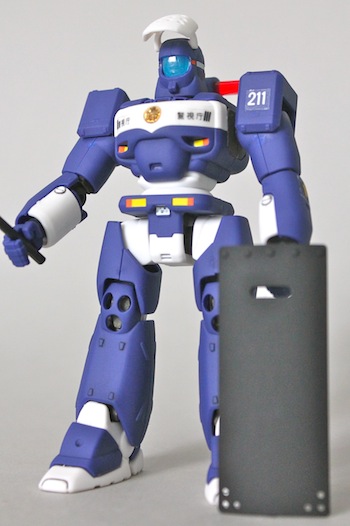 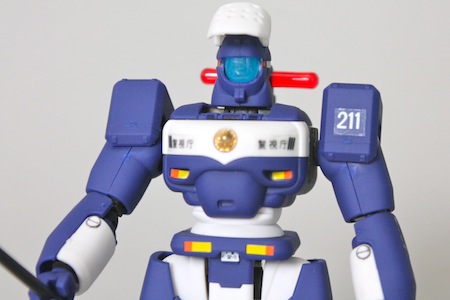 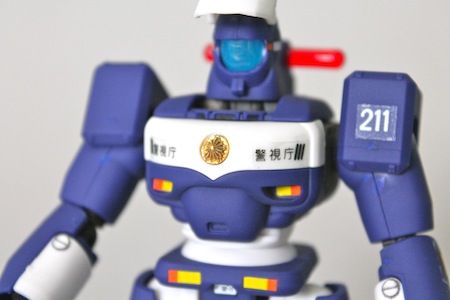 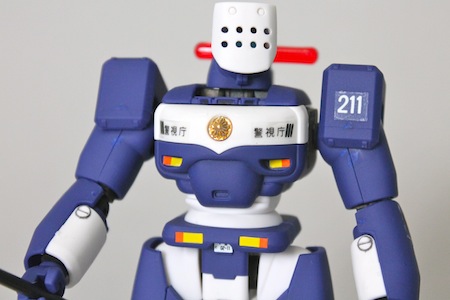 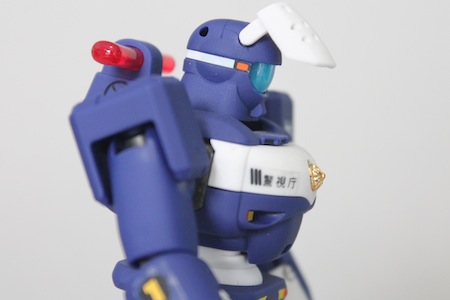 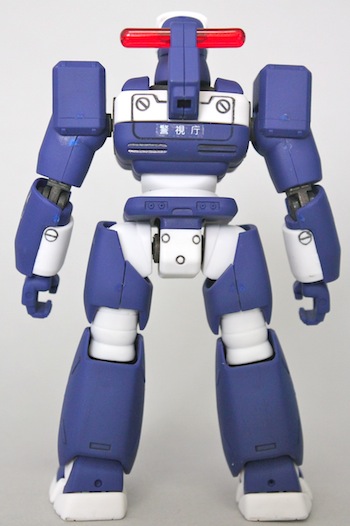 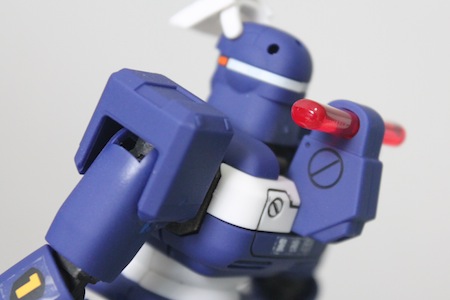 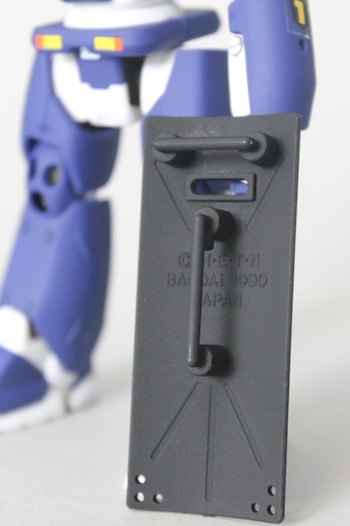 So far, I have not seen any other companies making Patlabor Python. In Patlabor animation, Python MPL-97S was used by the Tokyo Police until Ingram was introduced to the Police department. It was eventually faced out and transferred to the training school. "Disperse or you will be dispersed by force!" From the anime Patlabor come the law enforcement labor, MPL-97S Python, manufactured by Manabe Heavy Industries.

Undisputedly, one of the best labor in terms of mecha design from the first few episodes of the TV series. Taking the basic outlook of a riot police, this law enforcement unit, equipped with pistol and a rectangle riot shield. I'm surprised that Bandai didn't include any riot baton. Still, I'm grateful to have this half breed between toy and model kit because merchandised related to Patlabor Python is really niche ranging from soft vinyl to this 1/60 scale exoskeleton figure.

The metallic endoskeleton frame contributed to the weight. The weapon and armour cloth are plastic parts on tree alike model lot hence simple assembly is required. The emblem on the center of the chest is chromed plastic. I have applied the stickers but maybe due to its age, they didn't hold very well. The Python is used by Division 1 of the Tokyo police's Special Vehicles Section 2. When Division 2 upgrades to Shinohara's new AV-98 Ingram, Division 1 is left with the aging Python.
at November 29, 2015

another very nice and very rare item for your collection, and one from a great anime series i must say (i’m not involved with mangas, essentially animes)... i think i have seen the movie or 1 episode of the anime, i don’t recall very well, it was years ago, but i’m familiarized anyway...

i love the bulky and yet neat mecha design, the emblem on the chest reminds me of those from the police patrols in Japan and i’m pretty sure that was intentionally... the blue on the color scheme in kinda weird, since is more usual a black and white for patrols, but it’s not a big deal...

by the way, my friend, i think you meant "endoskeleton" and not "exoskeleton"... =P =D

>> Chrismandesign
Yeah bro! I love this toy a lot. Really rare these days which unfortunately CMS didn't add this mocha to their improved toy line up before they called it a day. The emblem is typical of Japan Police and the black and white were used on Ingram instead. Python colour follow the colour of their rioting Police back then.

Thank you for correcting me before I caused more embarrassment.. Heehee... I had amended the word ^_^

>> Desmond
Yeah bro! Blocky vintage robot for that nostalgic feel. Wanted my blog to have that personal style with toys deep from wardrobe ^_^

Lovely model of the python. I am also into collecting patlabor models. Do anyone know where to get those really early and rare models like HL 97 bulldog?

>> Goh
Delighted to have another Patlabor fan visiting here. HL97 Bulldog is really rare. It seem like it's available only as resin. CMS did make some vinyl unit before they called it a day. Perhaps you can try Yahoo Japan auction site and use From Japan proxy..

It is not available in the Revoltech series right?