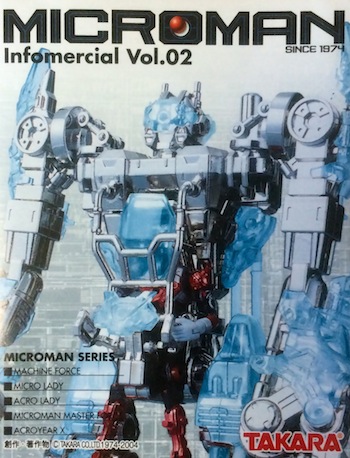 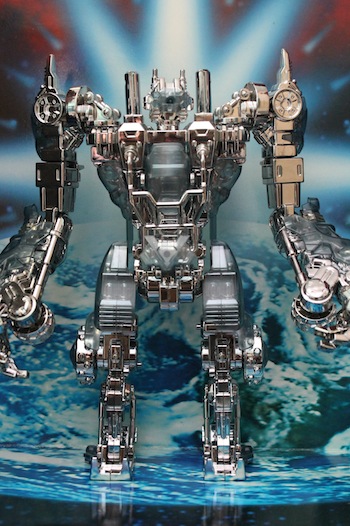 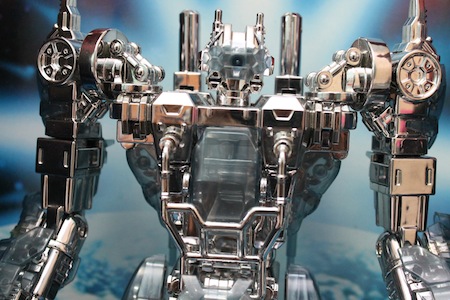 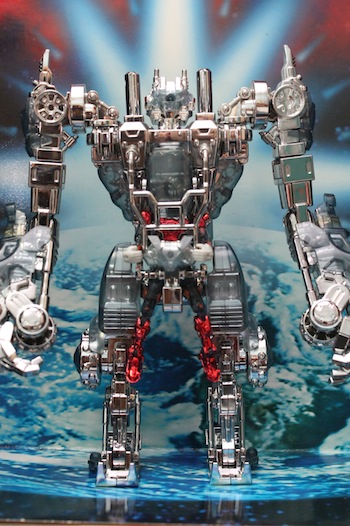 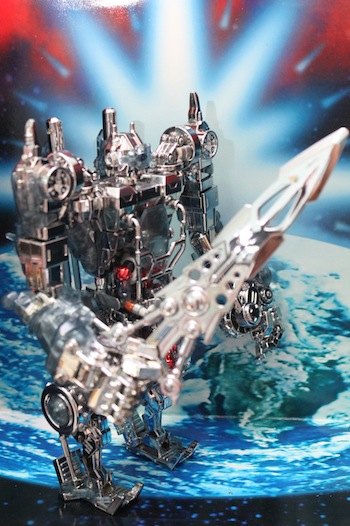 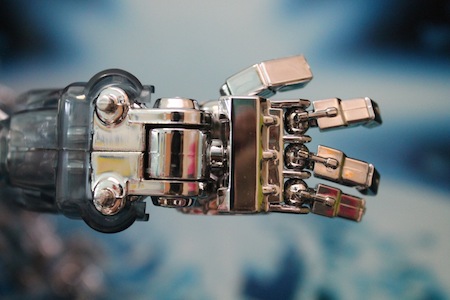 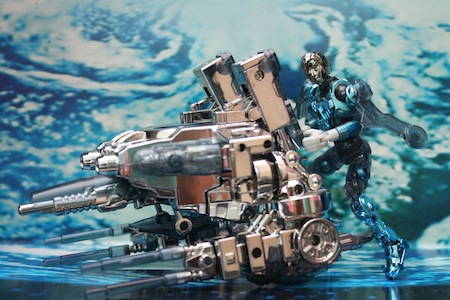 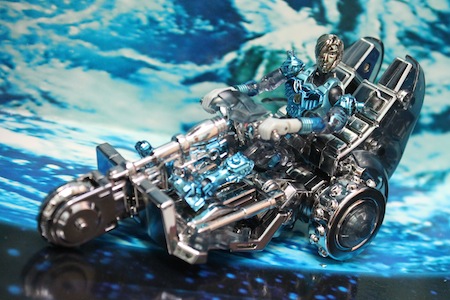 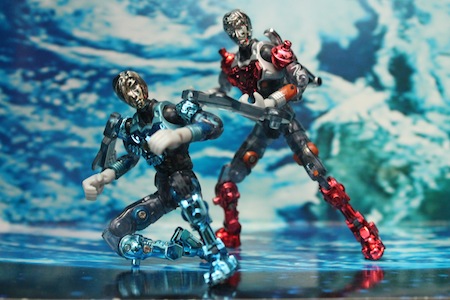 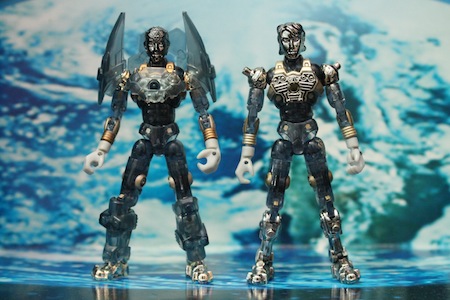 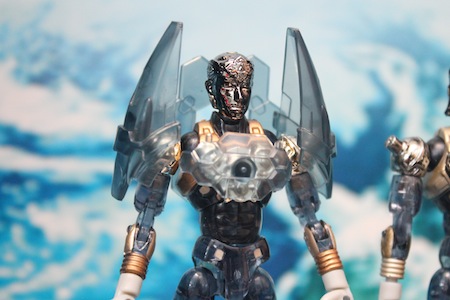 They are called Microman but the toy didn't seem as "Micro". In fact, the figures were marketed as being the “actual” size of the cyborg beings that were replicas of real “Micro” beings that hailed from the fictional planet known as “Micro Earth” and disguised themselves as action figures to hide on planet Earth. "Bling Bling" is what I would describe this loot of Stanley from his Japan trip. I was told it looked like Gundam's GM unit however I think it looked more like 'Power Rangers' Megazord when all these heavy machinery were put together.

An overwhelmingly dose of chrome metallic plated paint. When separated each Microman's Biomachine were cruise vehicles of their own. Personally, I'm still not used to seeing the figurines without any facial painting. Biomachine consisted not only of Microman and armors but also a futuristic vehicle (Biomachine). The vehicles so called Biomachine were also part of a combiner and when combined with other Biomachines, they made Microman Bio-Suit. "Microman Infomercial Vol.02" paid homage to the "Real Microman" series toy from back in the 1980's. The new series however were redesigned to a Full-Action Body for maximum articulation. Figurines now looked more mechanical with additional ports and pegs, hence provided a variety of translucent fitting accessories to mix and match.

When the Biomachine combined together to form an armor suit called "Bio-Suit". The combination process was pretty simple with no parts left over after the Bio-Suit was formed which was very nice. Mecha design was similar of those nostalgic suits from the cartoon "Exo-Squad". Most parts fitted well together with one of the Microman figures riding at the center cockpit. To a certain extent, it does look like a "King Kong", looking at those massive gorilla arms, which probably led to calling it 'Machine Kong'.

i have heard about this series of mini-figures by Takara and they have a vintage taste i couldn’t explain... until you published the video, at the end of your review... the Microman anime is absolutely new for me !!!... i love all these figures, these are the kind of toys i would have enjoyed in my infancy (along with my toy cars, of course), because they remind me the Centurions TV series, also the chrome and/or translucent finishes everywhere, are my cup of coffee, undoubtedly !!!... =D

thanks very detailed coverage. the chrome and cheap price catch me!

>> Chrismandesign
Thanx for tuning in and yeah this blog would have some posts all of the norm and this surprise review is contributed by Stanley. In fact, I had to do some research of my own to know more about this line of Takara Toy. Somehow, I know Centurions better and Centurions are seriously awesome and way bigger which I happened to love bigger toys for better feel. I'm a visual guy you know. Ha! Ha! Glad that you like the overkill chrome and translucent finishes. I hope this post hasn't poison you to dive into collecting them. Lolz. Peace :p

>> Stanley
Thank you passing over the toy for me to review. It's really special and the chrome is sure is glaring. I hope you guys don't see reflection of me in any of the pics. Hee Hee... You forget to mention the visor tyre that caught you too. Lolz ^_^