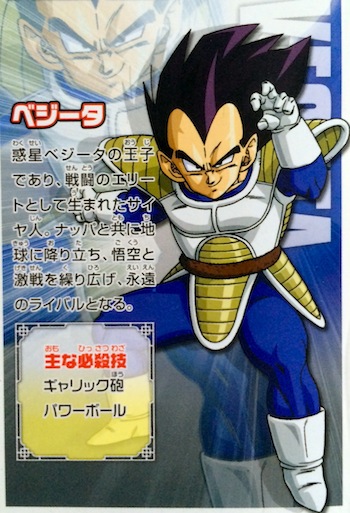 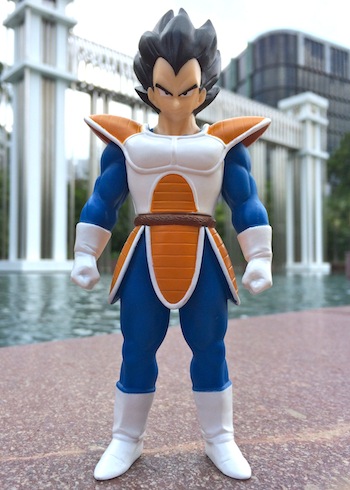 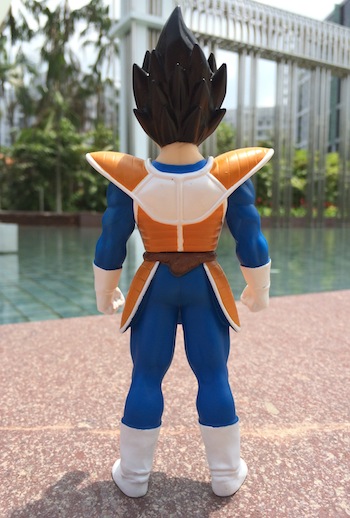 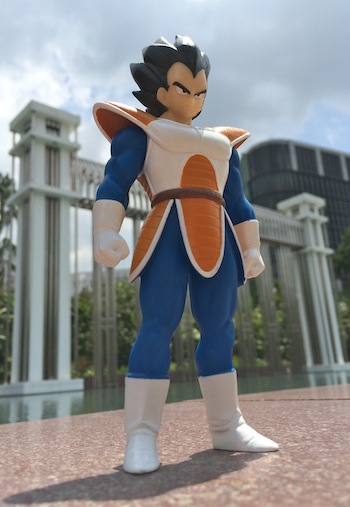 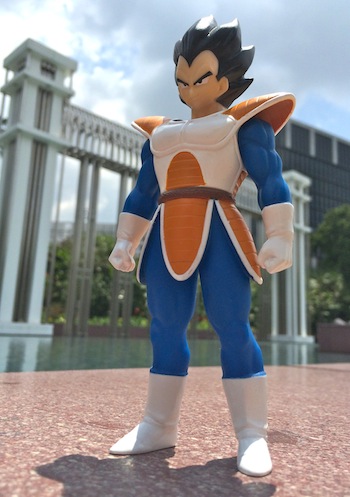 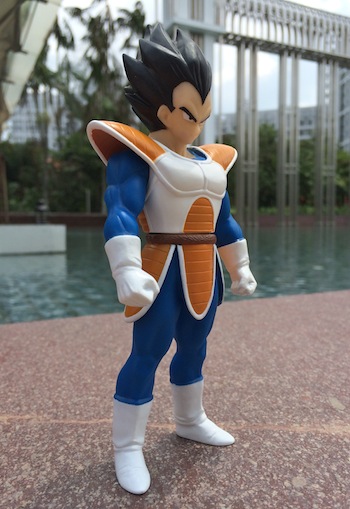 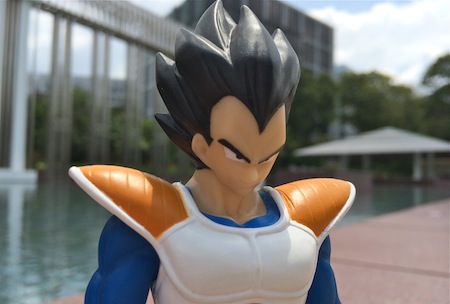 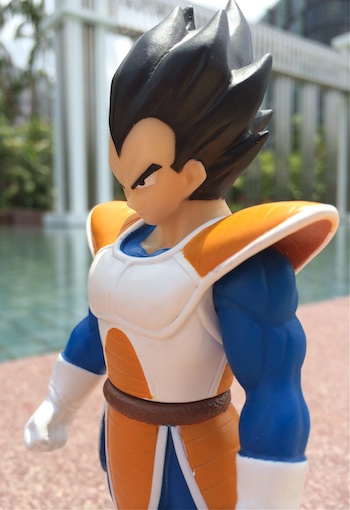 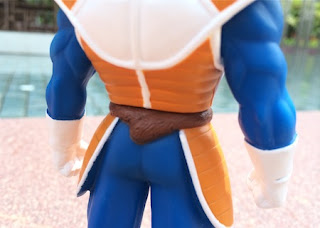 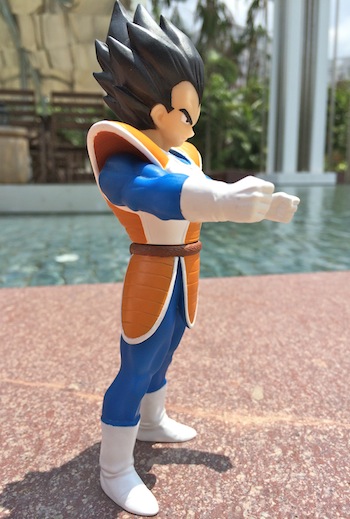 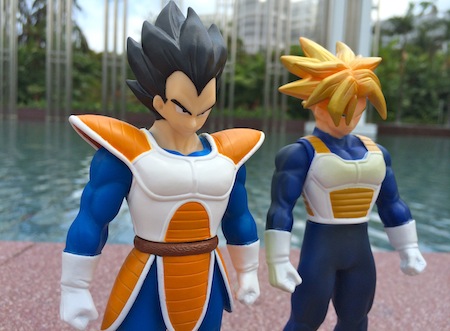 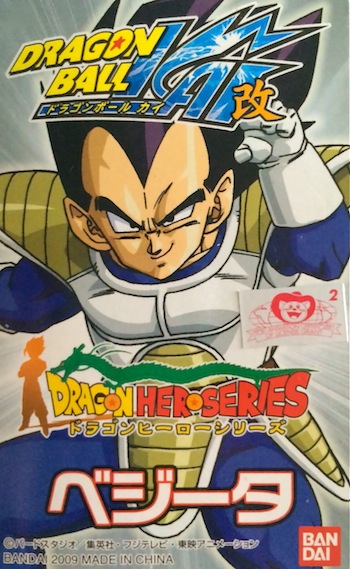 When it comes to anime badass, Vegeta of Dragonball Z definitely deserve the consolation. The meaning of A to this prince of Saiyan got to be 'Arrogance'. On the other hand, some might empathized with him for being ignorant of his father's murder and manipulated by Frieza. It's always a love and hate feeling towards Vegeta however he's definitely stronger playing the villain role. I'm have a weakness for an DBZ in Saiyan suit so a grab when I saw it on offer during a of those Takashimaya crazy toy sales. Soft vinyl figure is most related to Ultraman in my childhood memories. In those days, simple figure with much affordable pricing till today, like this already brought a lot of fun and imagination play.

Vegeta Hero Dragon Series Figure was released in 2009 in line with the enhanced Dragonball Z Kai anime. The figure came with a card of Vegata profile. An almost fix pose with only rotatable hands and hip. The elongated shoulder pad of Vegeta's Saiyan suit had restricted the arm full rotation. The traditional Saiyan suit and the tail wrapped around the waist had suggested the timeline was when Vegeta and Nappa were sent to destroy earth. Vegeta is actually a short dude so he probably set his hairstyle pointy for that extra height.
at May 25, 2014

Cool to hear tat u have all thugs and heroes assembled. It's going to be quite a brawl.... Lol... Any, vinyl figure can be quite cool in just standing pose (just one pose anyway) lol... For a little budget... Beside, Vegeta is one of my fav character in Dragonball Z

My favourite character besides Songoku..

Vegeta badass attitude is pretty cool and appealed to many. He's always persistent and only tailing Goku...