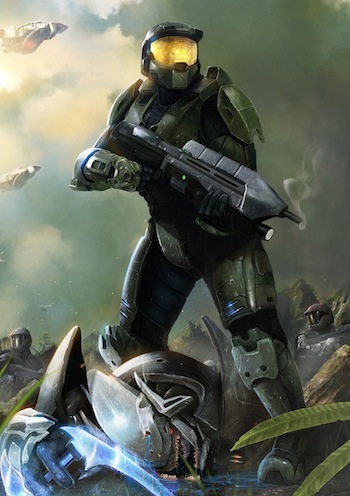 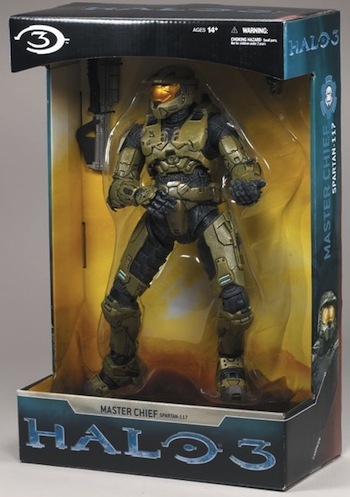 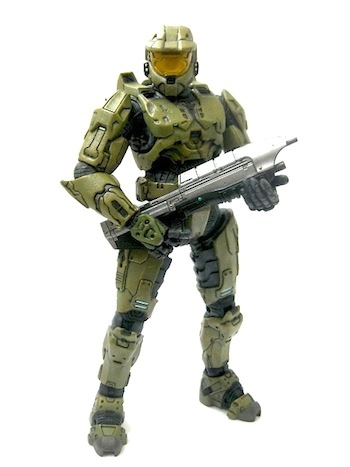 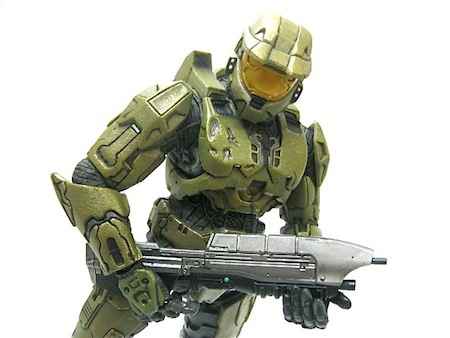 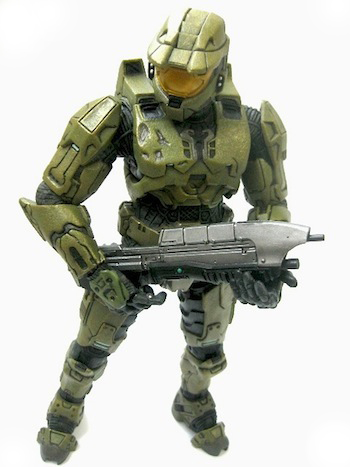 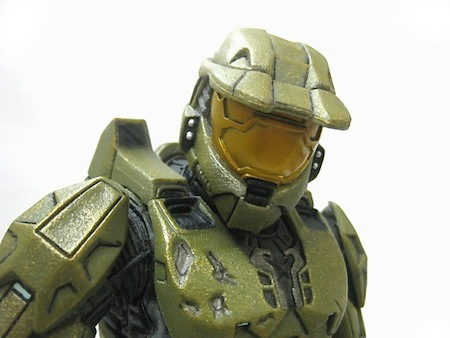 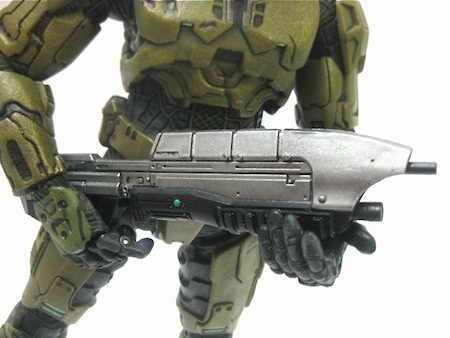 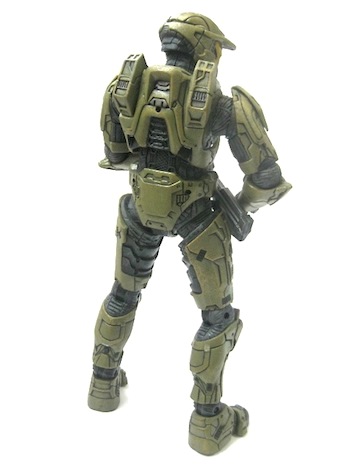 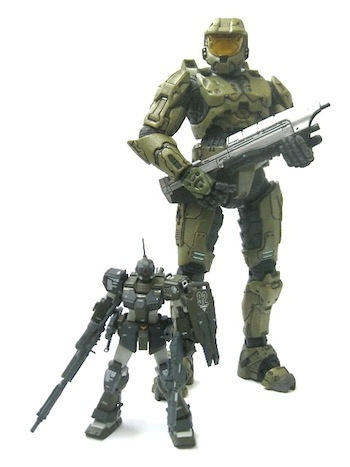 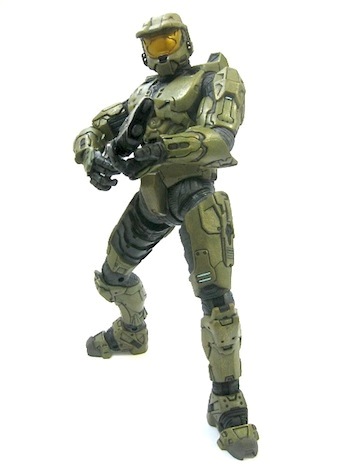 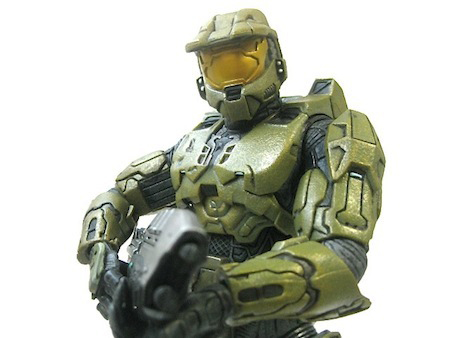 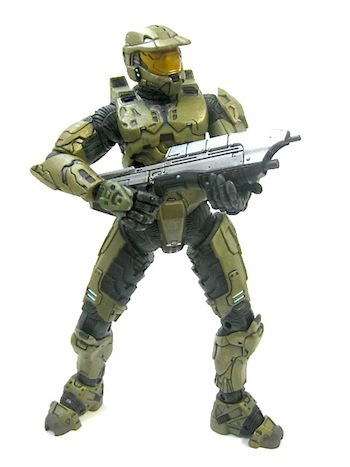 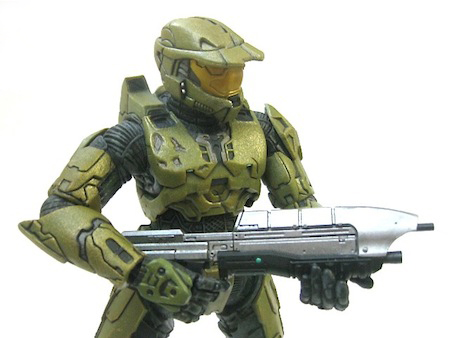 After blogging about Desmond's collection, I'm in the mood to do some western toys review. Here is one protagonist of the Halo series, Master Chief figure by MacFarlane released in October 2008. Based on the popular XBox video game, Halo, Master Chief one of the few surviving spartan super soldiers, who possessed a unique trait that has made him both a hero and symbol of hope in the eyes of humanity, and a "demon" in the minds of his enemies. Till now, the franchise included anime OVA (Halo Legends) and short live-action mini series.

Master Chief is a taller than average soldier so even in 1/6 scale, it stands sturdily towering over any 12" figures . It's a heavy plus huge action figure, having 18 points of articulation and equipped with the standard assault rifle and grenade as accessories. Pretty well sculpted and good paint job for a mass produced figure, the standard you would expect from MacFarlane. You can see nice definitions, weathering effect and battle damaged on the figure. Just that the hands are fixed and it kind of restricted.

ps: Thank you Desmond for adopting this figure... It will fit into your collection better ^_^

Great photos of a awesome looking figure, got a 6 inche Chief myself for christmas which was a surpise.

it looks like they have enlarged the 6"-7" figure to fit this size !!!... yet, is a great figure and i agree with you, pal, McFarlane has one of the best scultp jobs available in this segment and specially in the smaller action figures and statues... the other thing i like about McF collectibles, is the packaging design and graphics... is all about goodwill !!! =D

>> Ant Sized Man
Happy for u that u got a small version of Chief too. I always find the visor kind of cool.

>> Chrismandesign
We have a MacFarlane supporter here.. Hehe... I noticed the McF back when they were making Spawn figures and I guess shouldn't be difficult for them to do simpler figure such as Halo.

Bro, thanks for the figure and I appreciate that :P

My son loves the MegaBlok characters and collects them. He doesn't play the game as we have a Wii. I am sure he wouldn't mind a GIANT Figure to add to his collection.

I have seen Halo toys in MegaBlok and they are pretty cool with those vehicles. I would buy Wii only to play Fire Emblem... hehe... Your son sure likes a lot of stuff... lol