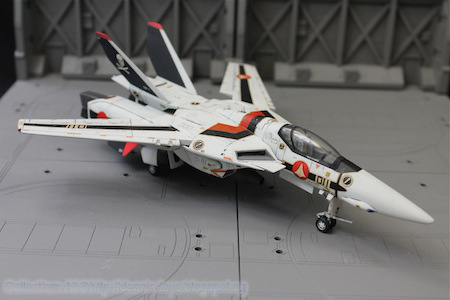 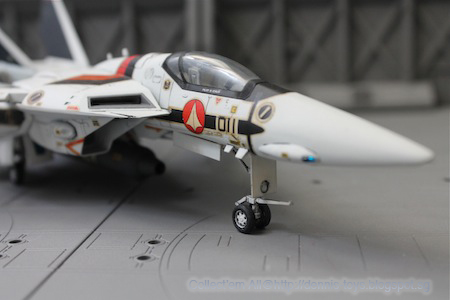 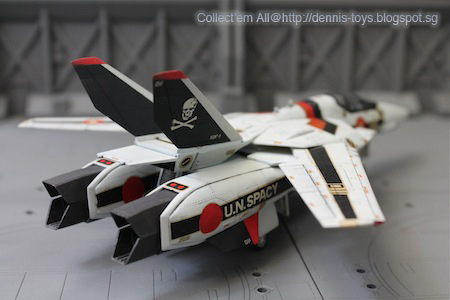 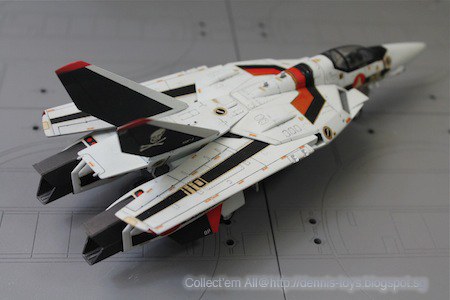 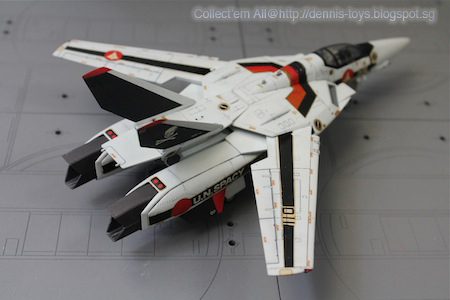 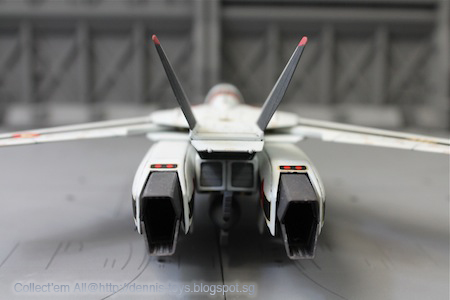 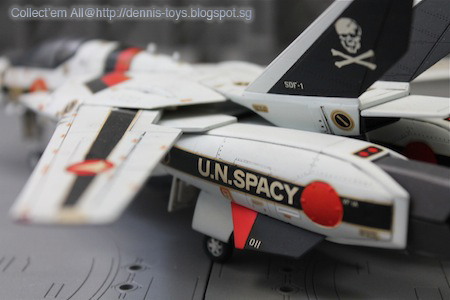 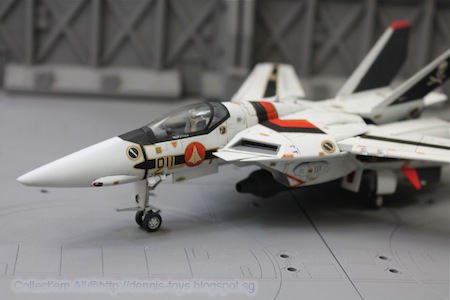 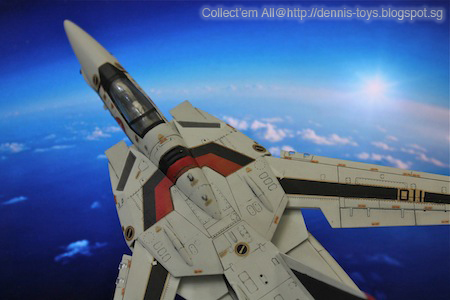 Time to deculture after a long hiatus on Macross stuff. Here's an awesome gift which I had received from Kenny and the only Macross kit that he once had built during his earlier stage of modeling. It's 1/72 Hasegawa VF-1A Hikaru DYRL released in 2001 and I'm totally impressed by Kenny's skill though he humbly said that this kit was a learning experience and that he didn't do a very good job on it. Due to the long period of storage, you would noticed that the decals had turned slightly yellow and if not for that the kit in fighter mode would be near perfection. Kenny said since this is the odd kit from his collection of Gunpla, he gave me to me knowing I'm a Macross collector. Man! I'm honoured and he can be damn sure that I will do an excellent safekeeping. It's already on my display cabinet and I'm so proud to show you guys Kenny's work and my now my collection.
at February 04, 2013

Since it's from Macross, i guess this one also transformable. You're so lucky, got this one from your friend :)

By the way, can we exchange link? i already added your link as "Collect 'em All" in my Blogroll. Thanks

Oh, this is a non-transformable kit which focus entirely in the fighter/plane mode. Hasegawa is known for difficult kit whereby the plastic came in one plain colour with ultra fine lines that easily disappeared when sprayed with paint.

Will link your blog to mine soonest...

OH MY !!! this is a superb gift pal !!! the work on it is much more than "average" or "rookie level"... knowing just a bit about you, i’m quite sure you must be very, very happy and i know you will take care of it =OOOOO... i don’t have any reference of Hasegawa or Aoshima as model kit brands (only Bandai and Kotobukiya) but i guess they have a very good QC... =)

Yes bro! This is the kind of gift that takes me to seventh heaven. Superb gift indeed! Kenny is a friend whom I admired him a lot for his modeling skills and he had also thought me a lot and even wanted to teach me airbrush technique. I'm the lazy one! Lolz....

This is an awesome gift!! He definitely gave it to the right guy who would cherish it.

Yes bro! I will cherish it! My house is Super Dimenision Fortress SDF-1. Keeping all the Macross toys & kits.

Got to know a few more toy collectors recently and they are really nice people and information sharing makes it easier to find stuff and get things done...