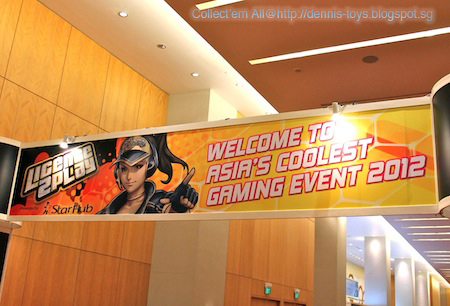 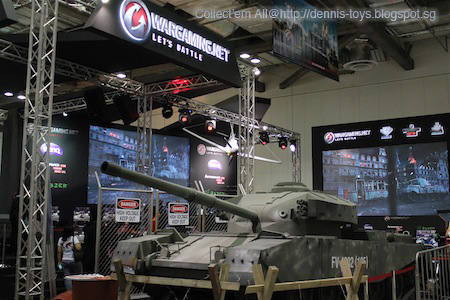 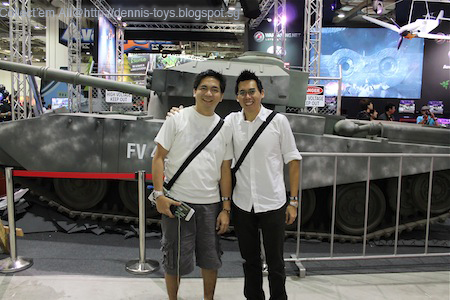 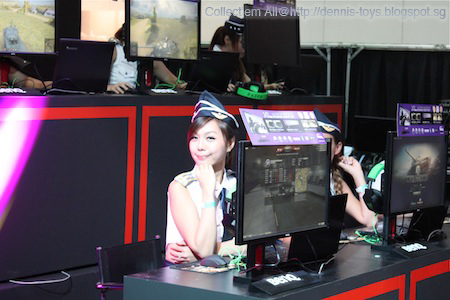 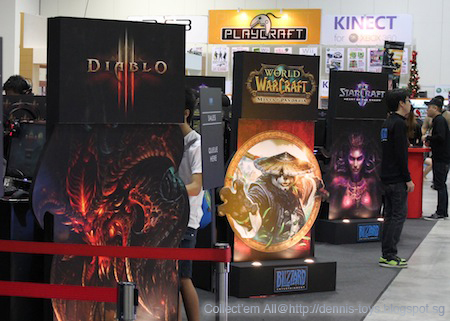 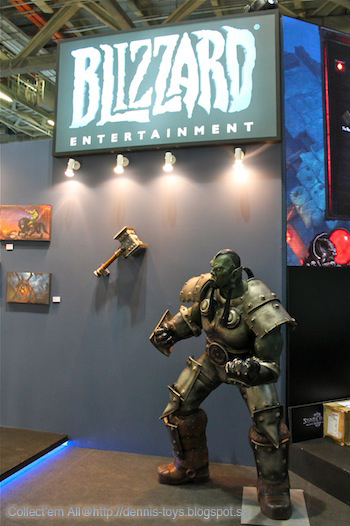 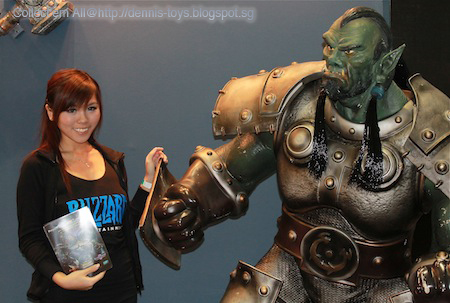 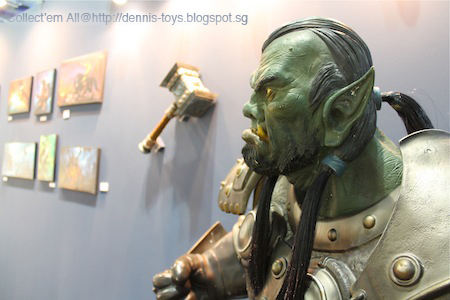 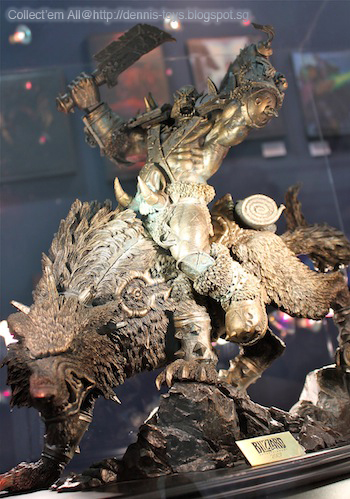 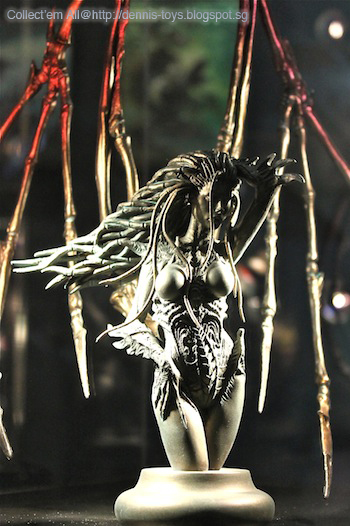 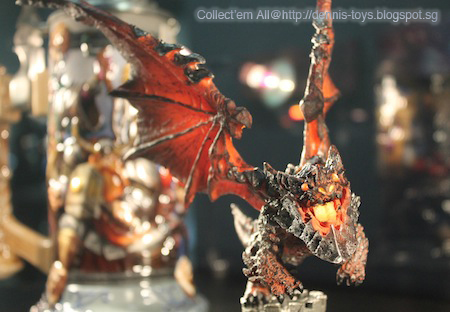 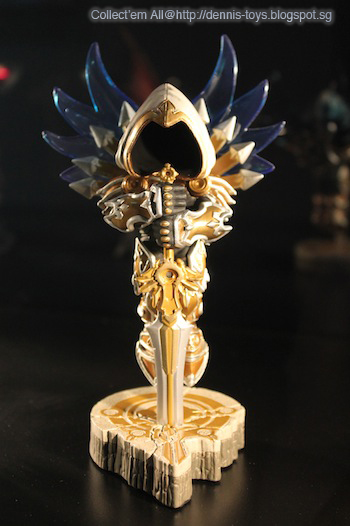 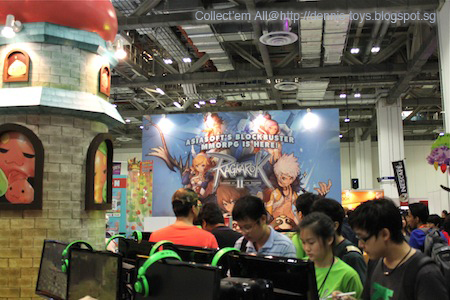 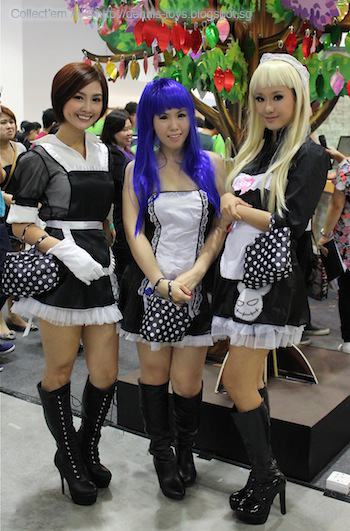 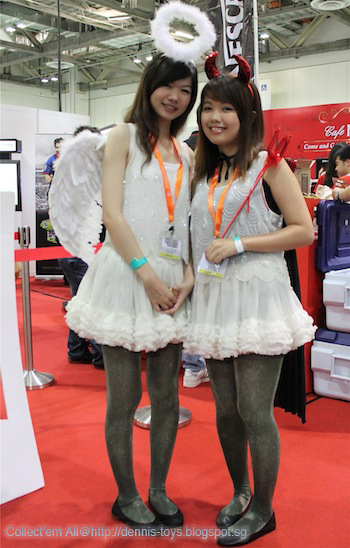 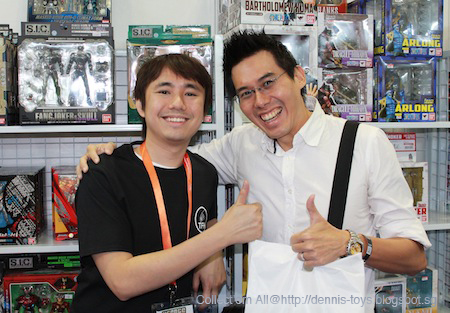 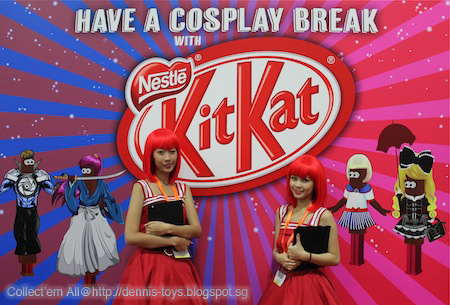 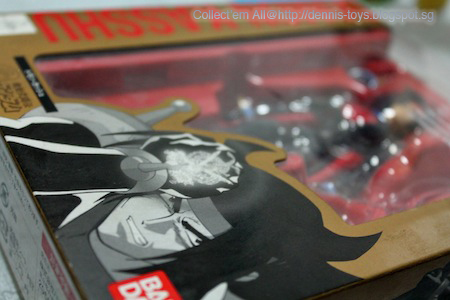 Kind of weird for cobwebbed gamer like me going to a gaming event. I was there for a wrong reason for the jointly organized Toy Carnival and Cosfest. I guess gaming, toys and cosplay are inter-related. Also a good reason to meet up friends at event such as this.

I would say the big boys of the event were 'Blizzard' (Diablo, World of Warcraft and Starcraft) and 'Wargaming.net'. The real size tank at the booth was highly impressed and the those 'Sucker Punch' looking promoters would lure you into throwing yourself into the epic 'World of Tanks' battle.

Good to be an early bird on a weekday where there was less crowd and ample of good grabs. More leisure to chit chat with friends who are selling toys there and good atmosphere that set me in the mood to approach cosplayers or even booth promoters for photo-shoot. My catch of the day would be a pioneer S.H.Figuarts of Gundam G Domon Kasshu. Shiiiiining Fingeeeer~~~
at December 07, 2012

Looking good, might be going tomorrow.. Thanks for sharing!

No prob! Enjoy yourself and have a good weekend!

At first, I don't intent to go but friends really tempt me a lot and I'm quite fond of Falcon's Hangar sale. Actually I went before my afternoon shift work starts and 5 bucks to enter is reasonable. They out free Kit Kat and coffee too!

shiiiiiiiining fiiiiiiinger !!!??? HAHAHAHAHA... i think that if you played Galaga, then you’re the right guy to visit this kind of events LOL... obviously is better to go with some friends than alone... uhmmmm i played WOW (before it became an online game) and Diablo, even Blood (a vintage and creepy game !!!) they’re all good titles... yeah, videogames are totally related with our hobby... =D

You are more than a online gamer than I am pal. I played WOW and Starcraft back then but never at LAN gaming centre. I'm more of one sole RPG gamer than isolate myself from the rest if the world once indulged in it. I used to play games for hours but more than an hour of gameplay nowadays drained mental HP. Lol...

I guess it worth the entrance fees.

That Tank looked awesome and Blizzard really outdoes themselves at these events.

Even a non-gamer like myself would go to this as it would be fun.

Oh yes, we were welcomed by the tank once we enter the event venue. I enjoyed myself and the Domon figure at $15 Sing is bonus find. Good eye candies too! Hee! Hee!

Have to admit it bro. I'm so rusty and off season when it come to online gaming these days... Lolz