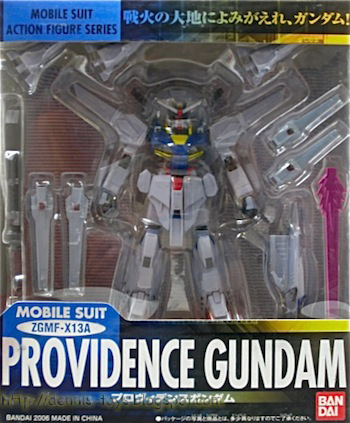 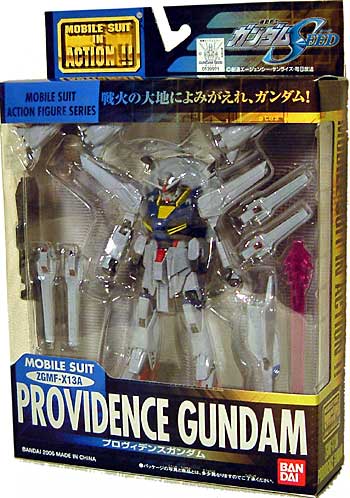 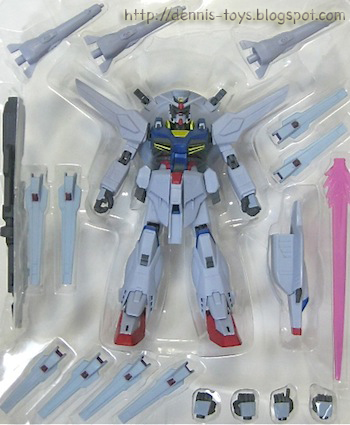 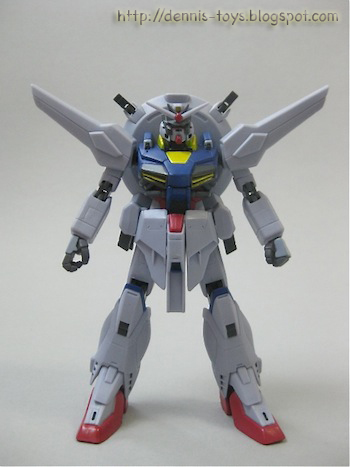 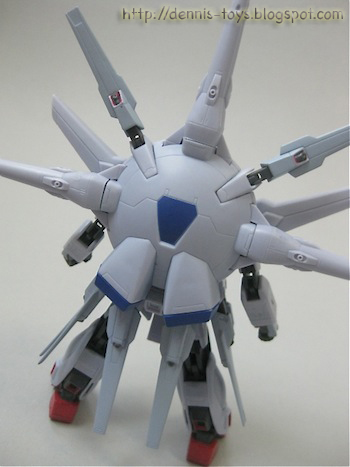 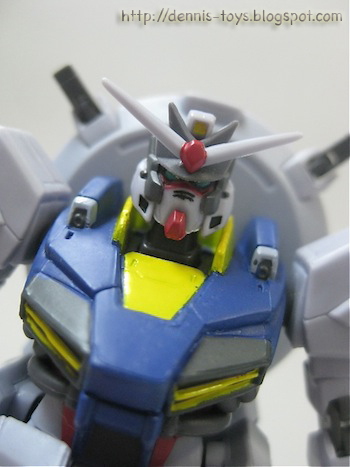 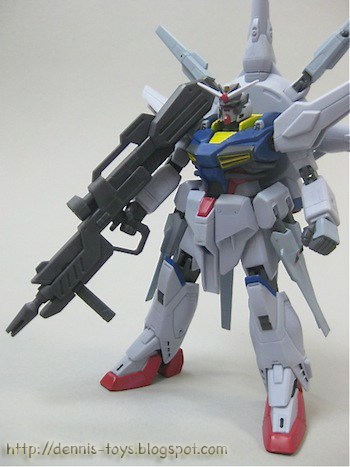 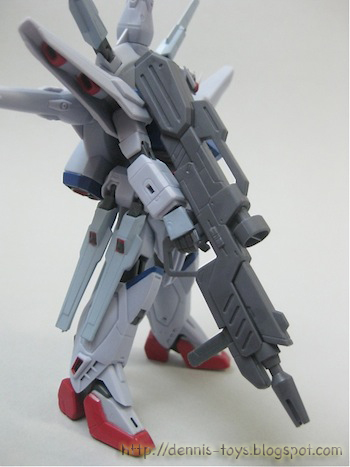 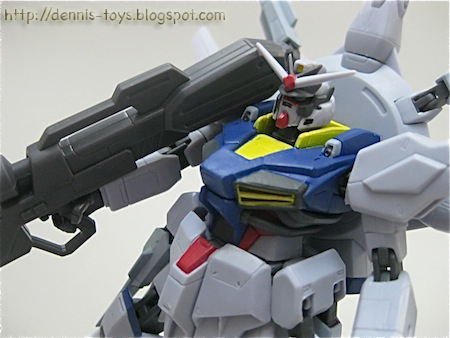 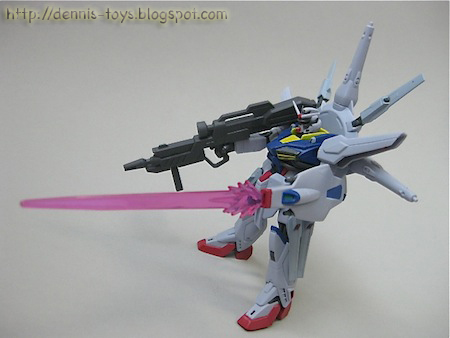 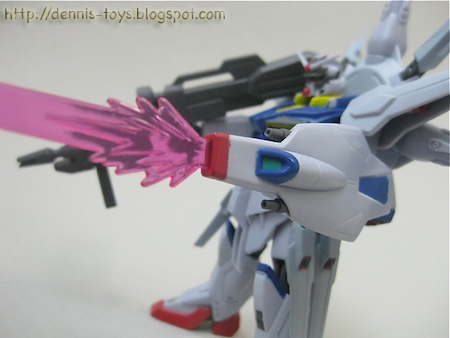 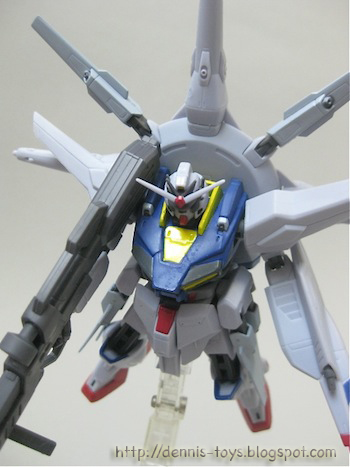 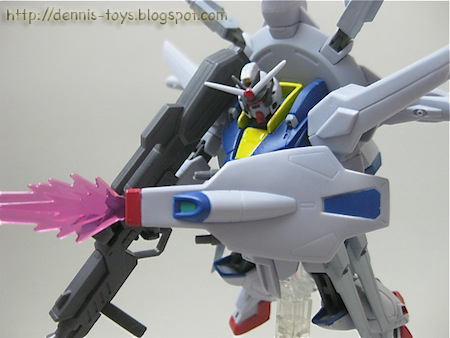 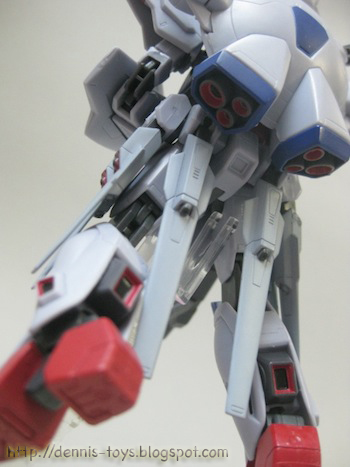 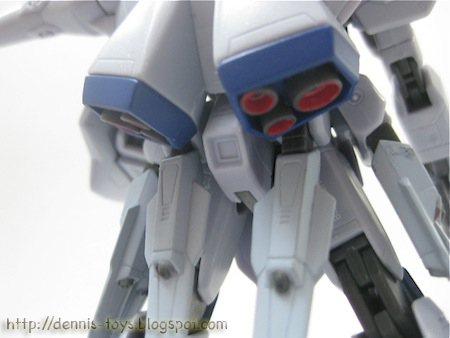 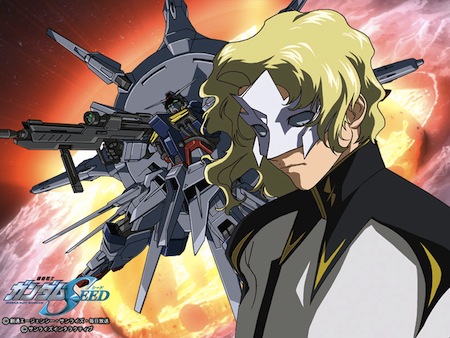 First impression of Providence Gundam is a why a new-type Gundam from Universal Century timeline imported to Gundam Seed series. Never mind that, anyway, my MSIA Providence Gundam was bought at CSC, whereby the previous owner gave up on all his Seed series MSIA. He probably regret now that Gundam Seed returned in HD. Well, along with this, I also bought MSIA Strike Freedom Gundam and Buster Gundam.

MSIA Providence Gundam is quite a bulky MS so the PVC material thrown in should at least be worth the money. Released during the matured stages of MSIA production, even though not to perfection or standard of GFF, this action figure was given a more than decent sculpt, articulation and panel lining. As an strong opponent contesting the Freedom Gundam, Providence Gundam definitely did not lose out in terms of armament. MSIA Providence Gundam had all necessary from Judicium beam rifle, three big Dragoon pods and eight small Dragoon pods. The Dragoon pods are detachable hence contributed to the playable factor like Fin Funnels.
at July 02, 2012

The MSIA series of Gundams is quite detailed and the extra Dragoon parts are great. More accessories the better :D

I too think that it's a pretty decent action figure with all the complete necessary accessories. The fun factor is there too!

the dragoon's design are nice, that's all I love it :D

whoaa you're really a lucky man, did you got them with best price bro ?

The design is pretty ok but it kind awkward to be in Seed especially the new type style dragoon usage. It was S$15 when I bought.

I bet this Gundam really kickass in game. In the league of the villian boss. Can tell from its powerfully packed armament.

What are those things attached to the backpack??

Brings back memories. I used to collect MSIA, then 'downgraded' (size-wise) to HCM Pro.

this mecha design is one of the most "handsome" in the Gundam Universe... i own a NG 1/100 model kit of this guy, recently took some new pictures which make me love it even more... its bulkiness hide a great maneuverability which is widely exploited by Le Klueze... i sounded like a connoisseur and i have not seen the series yet LOL...

>> deSMOnd
Those are assault funnels that would fly out, controlled by the pilot in a telepathic way, which the funnels moves and spray laser beam on the enemy.

>> Kelvin Lok
To think that Gundam Seed is already a decade old. I would say you upgraded in selection cos HCM Pro is like masterpieces of MS from Gundam series in miniature. The pricing is also in the premium range.

Providence Gundam.... one of the best villain I've seen in Gundam series apart from Vinnie Jones during the era of Wimbledon the Crazy Gang. As a MS (mobile suit) it has extreme power that even Kira Yamato with his wonderful Freedom Gundam find it hard to knock out. Providence is just sublime. In the anime "Gundam Seed Endless Version", this Providence destroys the likes of Voltron, Grendizer and Optimus Prime without moving a lot, the Dragoon system (a.k.a funnels) do all the work for him... that is before Takeda Shingen force bring the Orochi Dragon to beat this Providence is such a highly destructive manner.....