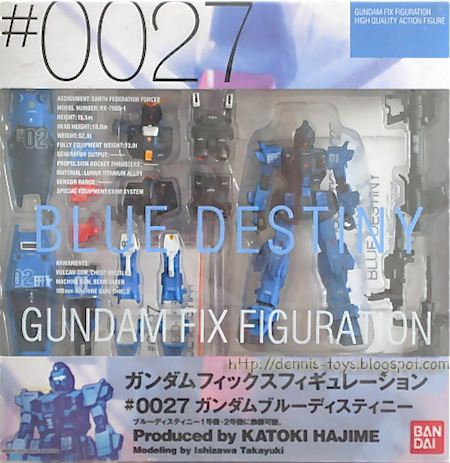 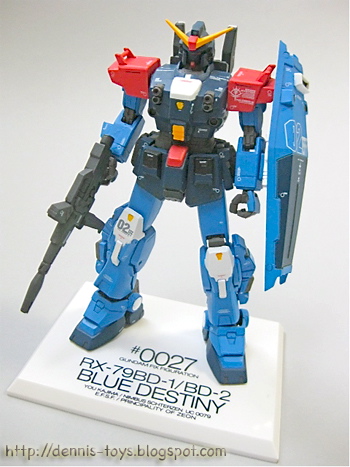 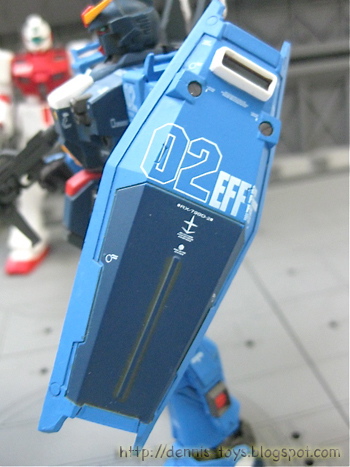 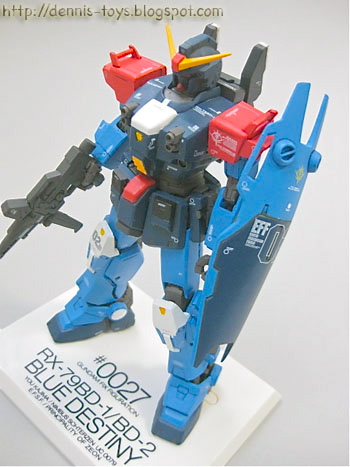 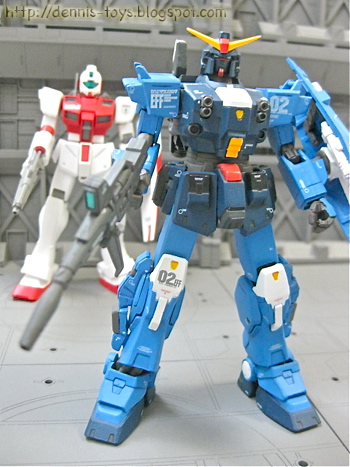 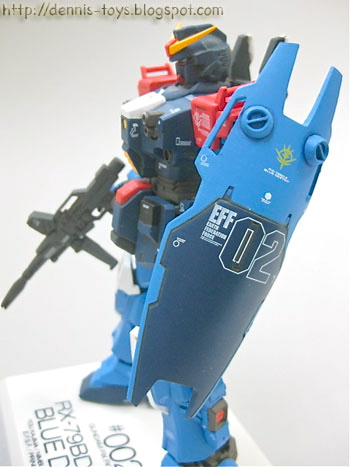 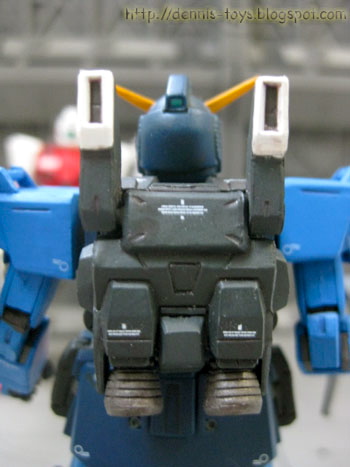 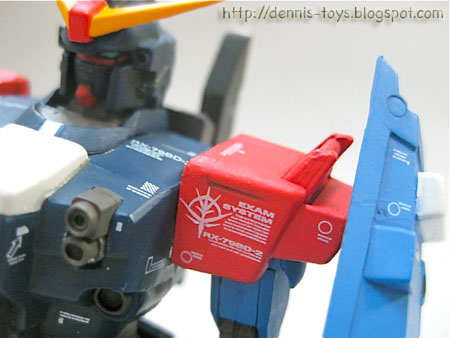 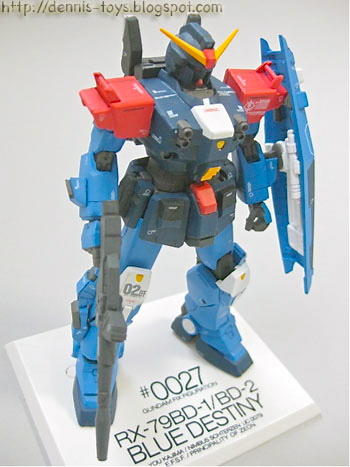 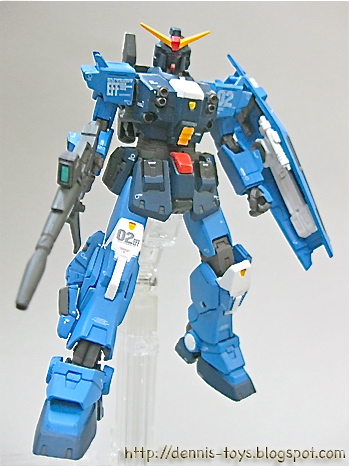 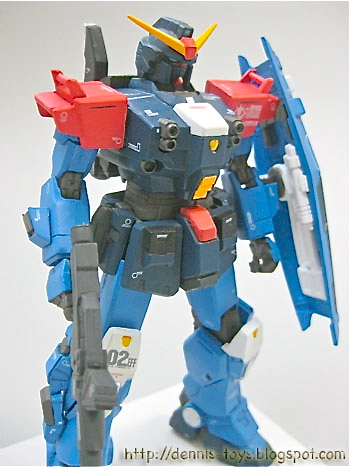 This is the second half of my post on G.F.F 0027 Gundam Blue Destiny Unit 01 and with the remaining parts, Blue Destiny Unit 02 was constructed. This unit which looks bears the head of Gundam was hijacked by Zeon and later piloted by Zeon ace captain Nimbus Schterzen. So, you see one version of Unit 02 having Earth Federation prints and the other with Zeon - Nimbus' Custom. It's like assigning Nimbus to Unit 02 in 'SD Gundam G Generation Spirits', the standard MS would change to Nimbus' Custom with the red shoulder plates.
at September 28, 2011

Is this the bad guy??

Hard to say that cos in times of war, soldier fight for the league they believed and have faith with. You could say that Nimbus is the arch enemy of Yu Kajima. Yu who is the lead character and hero in the game and manga.

uhmmm, if the MS was stolen by Zeon then the MS itself is not good neither bad, is just a matter of pilots... the Nimbus Custom has an even better color scheme than the EFF version & the last shield is the best looking, this is a great MS overall =)

Zeon basically stolen the MS to obtain the EXAM system which optimise the MS by let it go berserk. Agreed that Nimbus is a good pilot who is able to control the MS as well as system. The plot kind of follow Gundam 0083 'Stardust Memory' that Yu Kajima took on Unit 03 to capture the stolen Unit 02. Zeon needed to stolen EF prototype MS cos they probably know their MS could not match Gundam in the long run. The shield that you mentioned, it's a shield assigned to mainly GM Command, GM Sniper 2 & GM Custom.

It's always cool to see ace pilot of Zeon having their MS customised. Gave a lot of character to the MS.

It is quite a surprise that the one that initiate the Blue Destiny project is Zeon's newtype scientist who defect to EFSF.

I still wonder whether Nimbus used BD-02 or Efreet Kai which got EXAM system as well for his final battle.

It probably explained why the non new-type had difficulty controlling the EXAM system. Nimbus first appeared in his Efreet but was challanged by Yu Kajima with the BD Unit 01. Nimbus last MS is BD Unit 02 which was destroyed together with Unit 03 when they confronted.

I have read the manga. The plot was very interesting. A pity that it was never released as an anime...

I only read the manga translated in English which in only one volume till Yu Kajima piloted Unit 01. Not sure if the Mandarin edition featured further more.

Sleeping in the camp of demonstrators Ehm than ? Christian Louboutin Women SneakersWei Sele (Embi Weitzel) is for their own woven cotton socks. She said our reporter, winter is coming, get ready. She said, now quite moderate in sleeping bags, but the Christian Louboutin Men Sneakersweather cool down again, then do not know can not warm up.
eise Le said, "The next step should be to consider protestors occupied the park or a warehouse near the subway station, this seems to be the best way to get through the winter, but the police wouldGianmarco Lorenzi Shoes probably be mad."
Wei Sele is "occupied Wall Street," a microcosm of the demonstrators. She told reporters that he came from Colorado, a two-day bus ride to New York to participate in "occupied Wall Street" demonstration. She said she worked as a post-graduate librarian, but resigned this year. She would like to find a new job, but found "prohibitively difficult."