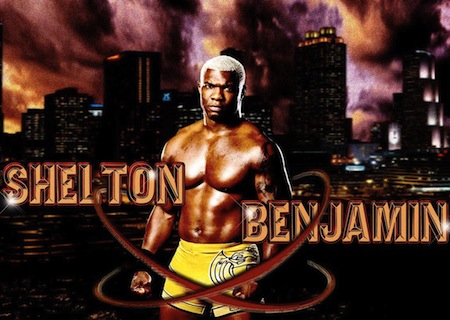 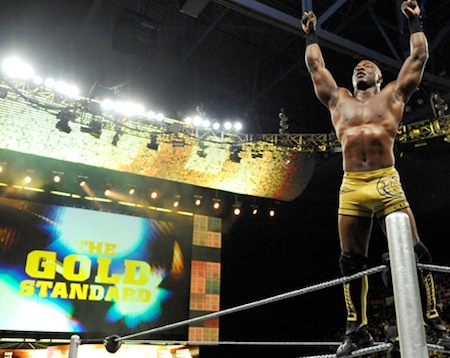 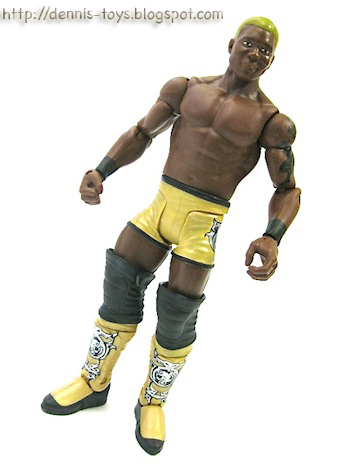 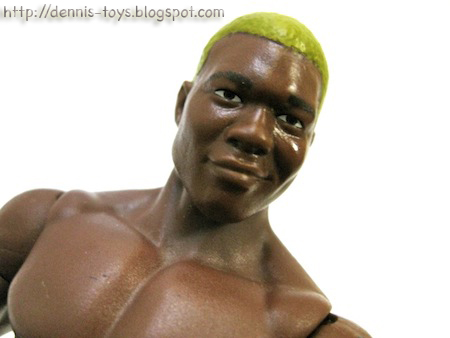 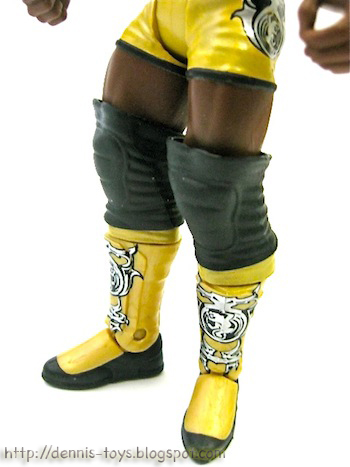 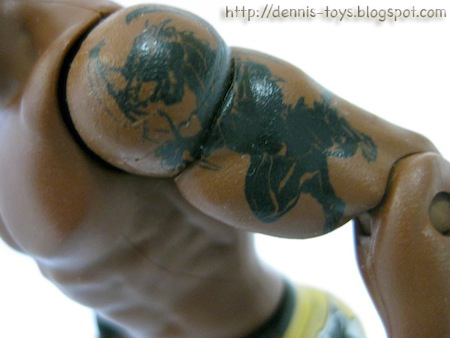 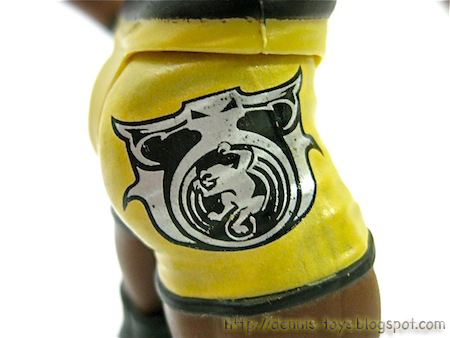 I took noticed of Shelton Benjamin when he introduced as a member of 'World Greatest Tag-team' under the wings of Kurt Angle. As usual, Shelton Benjamin played the role of a villain for a start, like most other wrestlers. Shelton Benjamin later gained popularity with his agility and some really cool kicks like the 'Super Kick'. I didn't quite like the image of Shelton Benjamin as 'Gold Standard' with his hair dyed gold and wearing golden trunks, before he left WWE in 2010. This figure came together as a bundle with my other WWE figures like Rey Mysterio, John Cena & Shawn Michael. Well, they are really nice figurines thanks to Mattel's sharp sculpting. Now, I'm in search of another WWE figure, Rob Van Dam.
at August 31, 2011

i had not said this before, but today i realized that is a bit weird that the WWF might have fans in Singapore (just the other side of the world !!!)... i guess is the mix of wrestling & entertainment... u know these figures have a lot of fans among children (much more than in the adult audience) although, incredibly Mattel (with direct representation here) doesn’t sell them, if u wanna get them u should buy from retail sellers... =)

WWF and later WWE, got their fans in Singapore through TV board-cast back in those days when we only had a single English channel. Then fans started renting VHS for 'pay per view' till the age of VCD & DVD. Ha! Ha! WWE live matches were in Singapore twice but I had missed it. Liking the characters in the WWE universe leads to getting the figures.

Bro, this one looks good than the piece I bought. Mattel has not released Ron Van Dam yet. So, you gotta wait..Glad that you also collect some wrestling figures..We can share thought and opinion now..Haha!!

I remember you post on Shelton Benjamin figure previously. Thanx for the info on RVD figure. No wonder I only see Jakk version of RVD figure. Recently Channel 5 aired WWE Experience every Friday. I had tuned in faithfully.

That wrestler is too happy to be a figure - where is the maen face!

>> bluedrakon
Actually, I think the figure has a lot of likeness cos Shelton Benjamin looks very much like this in his confidence moment.