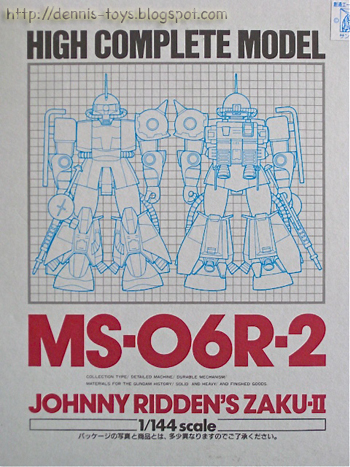 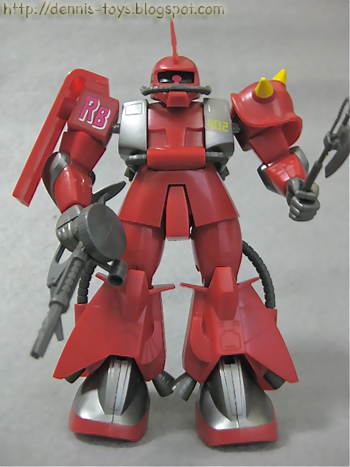 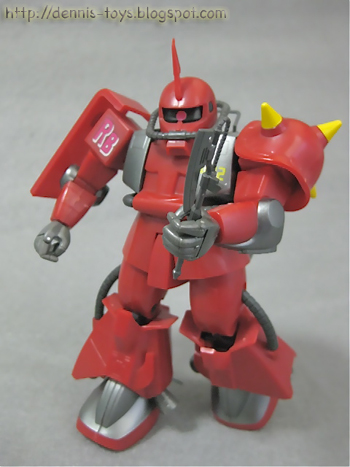 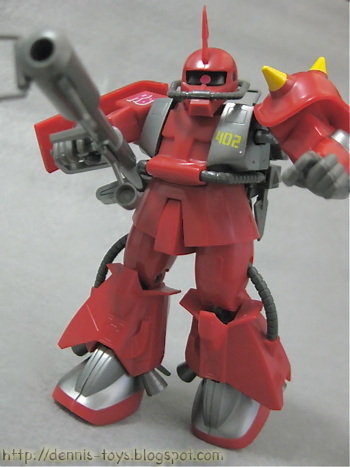 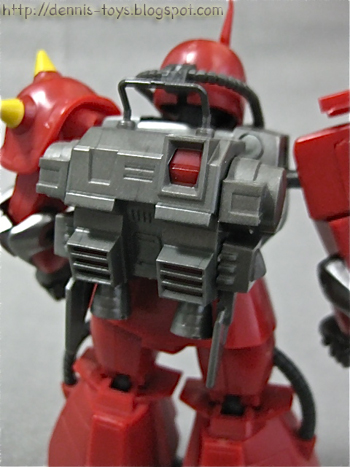 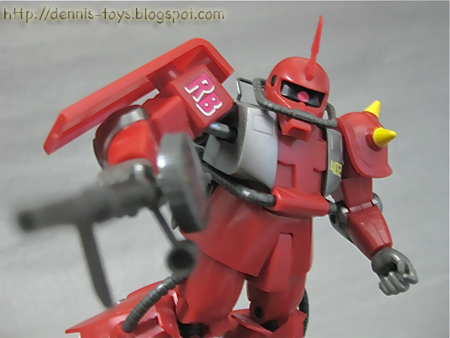 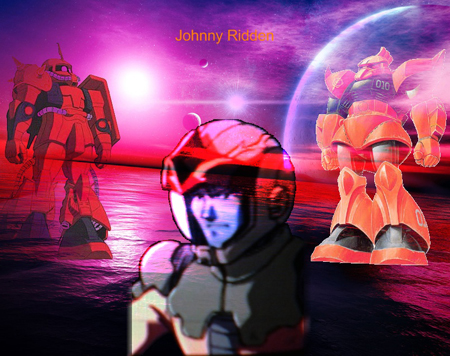 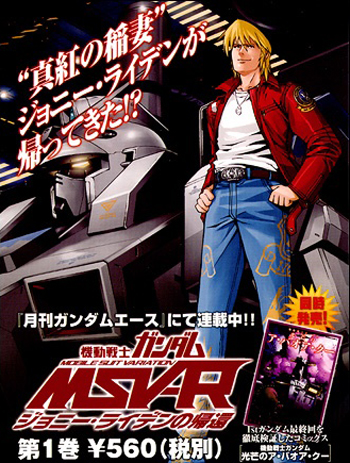 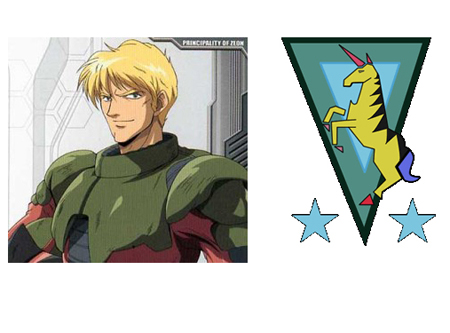 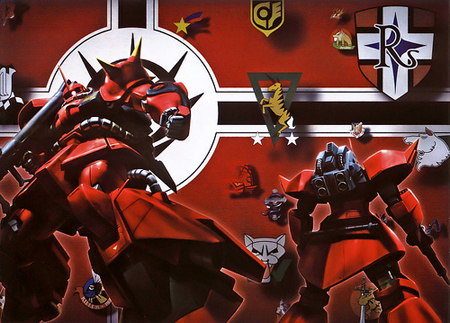 Often mentioned in Gundam MSV and sidelines storys, this variant High Mobility Zaku II in red & black is often mistaken as Char's Red Comet. In fact this Zaku II is piloted by another ace pilot of Zeon known as Johnny Ridden aka Crimson Lighting 真紅の稲妻 Shinku no Inazuma who fought under the wing of Kycilia Zabi during the OYW.

Here's a vintage Zaku II Johnny Ridden under Hight Complete Model toy-line. The toy comes with accessories like jet pack, rifle, bazooka, heat axe & verniers that requires simply assembly and attachment. The toy looks bulky as expected from an toy. Its arms do have a good range of movable with stable joints on the shoulders. As for the legs, they serious lack mobility hence the toy looks stiff when been posed.
at April 24, 2011

So if Johnny meet up with Char, who will win?

I believed Char will win as he's crafty and his new-type ability gives him the advantage.

A model Gunpla of this Zaku that's sleek and fit will be a better illustration. Hee! Hee! This stocky Zaku II is all I have as my collection of mono-eye is really limited.

I loved this series of Gundam and even had most of them. The MS in Pocket series really did a great job on such a small scale toy

The OYW is has a plot with depth and the history of the war not only gave birth to Amuro but also many other characters from side stories.

Do you have Barney figurine?
I have been looking for months and was told that US stopped manufacturing.
I dont want to disapooint my son on his birthday. Pls let me know if you can sell.

The one that I blogged about is the one and only. Will email you to discuss further. Thanx for the interest.

Char will win for sure...
His Zaku is much faster than any Zaku...
I do like Zaku...
I got Zaku 3...
Maybe an improvement from this Johnny Ridden Zaku 2...

Dennis, how tall is this figure??

>> Tachikawa
Yup, Char should be considered the Ace among all other Zeon's Ace pilot. Zaku 3 is pretty stout and it's a great MS too!

When I first saw this, I mistaken it for Char's Zaku. Then I found out abt this Johnny Ridden character which BTW i find is quite cool. XD

Indeed, the colour scheme of Johnny Zaku is very closed of Char's and the colour red must have stroked fear to the feddies.

I've played the game in the video you've posted and one of my favourite zakus in that game is definitely his besides the black tri stars.

Thx for the visit!