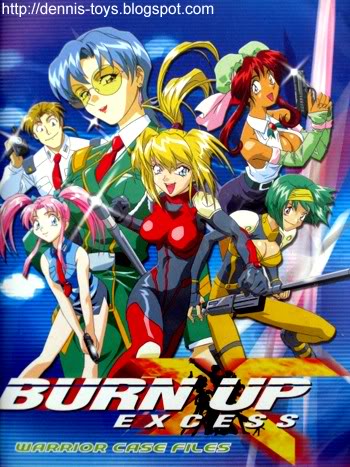 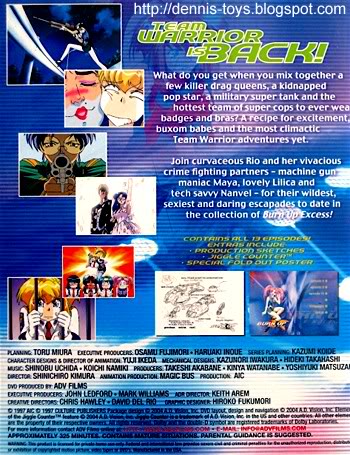 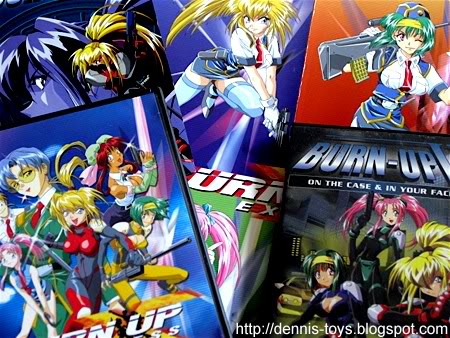 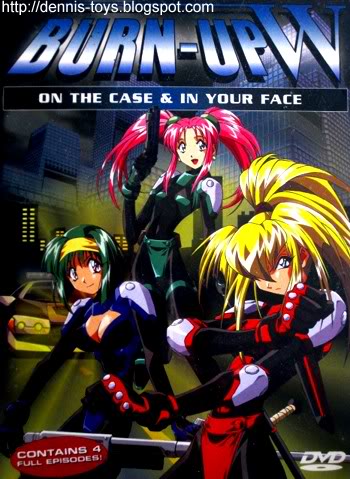 Managed to borrow this anime series from Mr K the last I visited his house. Just like me or should I say, just like him, both of us like DVD in code 1. For someone who set high standards for visual & sound effect, K has turned to blu-ray. Ha! Ha!

Back to Burn-up Excess and Burn-up W (OVA version), it’s a light-hearted action anime with lotz of chesty, booby, busty, or whatever you call it scenes. Story tells a group of Neo-Tokyo cops who operates out of the conventional policing system which they response directly to crisis situations, together as ‘Team Warrior’.

While searching the Internet for information on Burn-up anime series, I have made a discovery that this anime has a latest sequel known as Burn-up Scramble. Maybe there are al ot otakus out there who just can’t get enough of the blond and large-breasted bimbo Rio (main female character).
at January 26, 2010

kajajkakjakjkajkajkajkajkaj... u mean large breasts girls kajkjakakjkajkajkajkajkajkaja thy so much Dennis, this time it was really funny... now i’m serious... uhmmm i think i watched at least one OVA of Burn, i didn’t remember so well, but it was a funny-sexy-violent experience... japanese creators have a weird obssession with sex, i dunno, myb i’m wrong... kjakjakjakjkakajkjakjakjkajkaja & LOL

ah dennis, I am one of those who have a liking for big breasted rambo Rio lol :D Hmm probably that is why I prefer Sheryl Nome than Ranka in Frontier ^^

Better not let my wife see this haha!!

So this anime should be classed under MOE? LOL

>> chrismandesign
Maybe you are talking about a Yuji, the Otaku cop who kept trespassing female toilet.

>> LEon
It's definitely not classified under MOE. Just some good laughters.

>> deSMOnd
But you watch a lot of movies man!