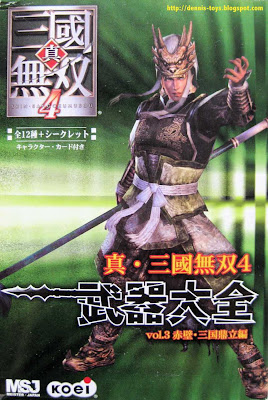 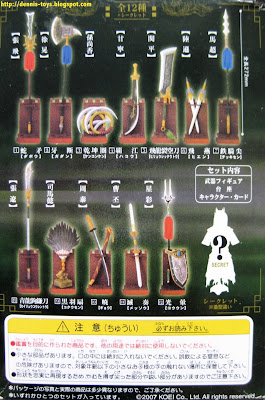 Side view of box. Seems like the weapon stand can form castle when placed side by side 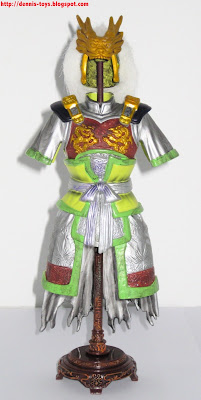 Side view of Ma Chao's armor 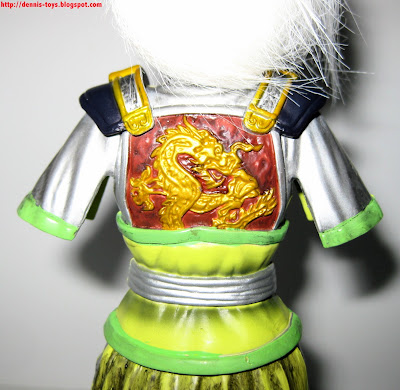 I think the designer forgotten that only Emperor wears dress with dragon print in ancient China. 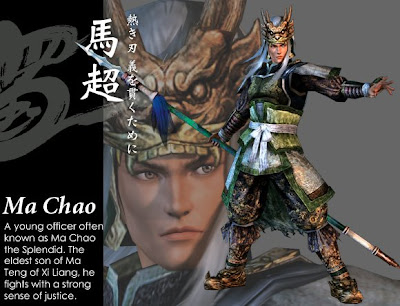 Ma Chao is one of the Five Tiger generals of Shu and is recognised for his courage, justice and not to mention his fighting abilities.
My nephew Benedict was crazy about playing Dynasty Warriors/ Sango Musou last year so I bought him this candy box to delight him. To my surprise, the box contained the special item, which is Ma Chao's armour. Recently, he is into Yu-Gi-Ho trading cards and I had to butter trade with him for something I bought him previously. How ironic!
Zhangfei vs Ma Chao...