Romance Of The Three Kingdoms VI 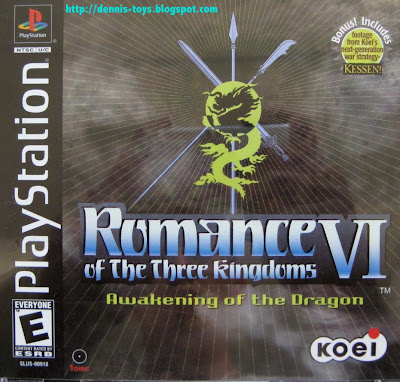 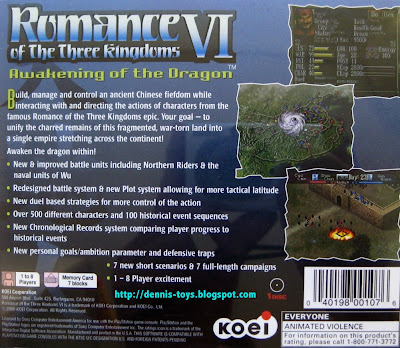 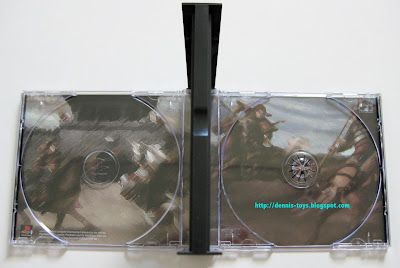 Pic on the casing 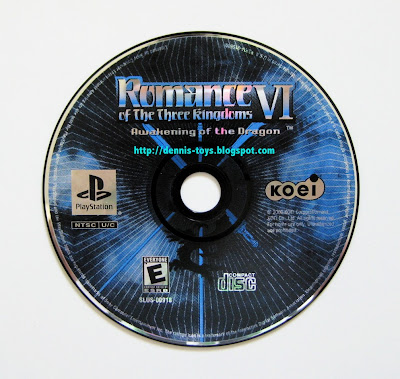 Artwork on the disc 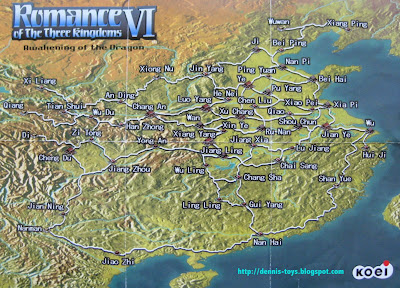 It comes with a map of ancient China
Another collection of my Romance of the Three Kingdoms games. This a game on Playstation format which I bought from Ebay. It is a preowned piece which does not come with the instruction manual. This game is very worth collecting as the 3D graphic and characters are so much better than the previous releases that it some how set the standard for the subsequent sequences.
About the game
Start with China and conquer the entire world in this amazing turn-based strategy game. As with its predecessors, this sixth installment sets it sights on world domination via actual history. Most characters are taken directly from previous ROMANCE OF THE THREE KINGDOMS titles, but the settings and gameplay are updated to include nearly 600 non-playable characters. Each of these personas has a role in the game's outcome, of course every person holds information that may be key to your success. Play as a wide variety of units (including the Northern Riders and the Mountaineers of Shu) as you make your way through more than 100 real-life historical event sequences. Each page of history will change according to you're your actions, but there is a Chronological Records system that will compare your game to what actually transpired. As Emperor, you have the right to deem Nobility, and promote your Nobles with riches and power. With seven real campaigns to choose from the game also includes a few miniature missions for Emperors with minimal time on their hands. Amazingly, eight players can join in on the militant action as well.
Special Features
Characters from past series games plus new units, 100 animated scenes, 7 campaigns, 600 non-playable characters, 8 player gameplay

Opening of Romance Of The Three Kingdoms VI...