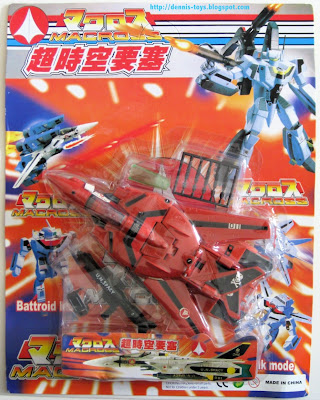 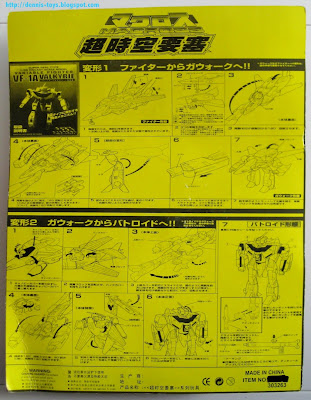 Instructions on the back of the card 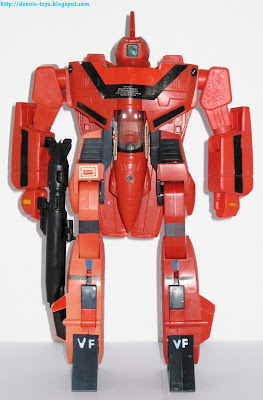 The right leg is pink and left leg is red. Not spring mechanism for the landing gears. 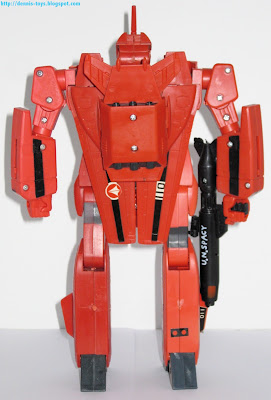 Having hard time posing the toy due to the loose joints. 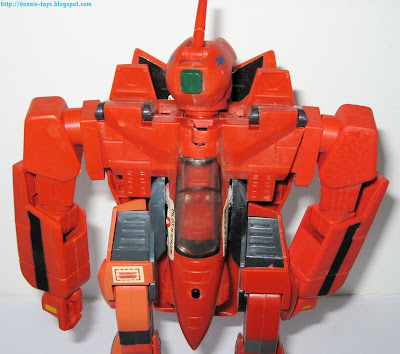 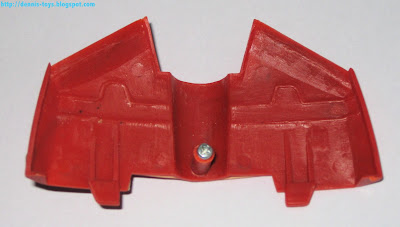 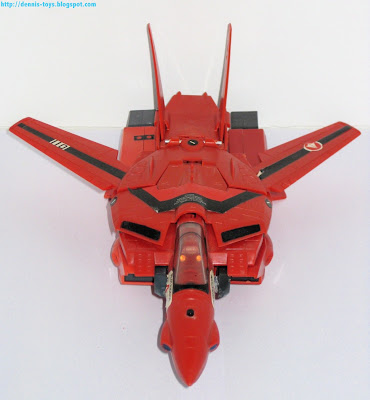 The cockpit supposed to light up when you pressed the black tiny button near the front nose, but it didn't work! 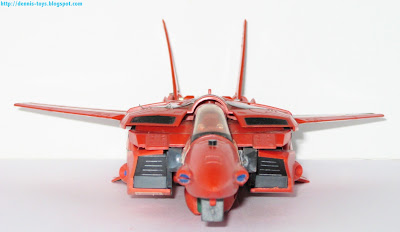 Stickers kept dropping during transformation. Don't even bother to transform this junk to gerwalk. 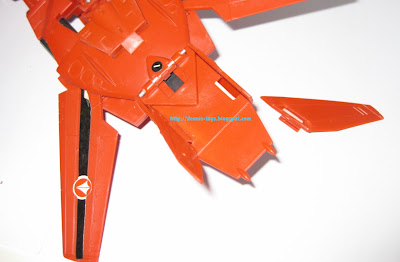 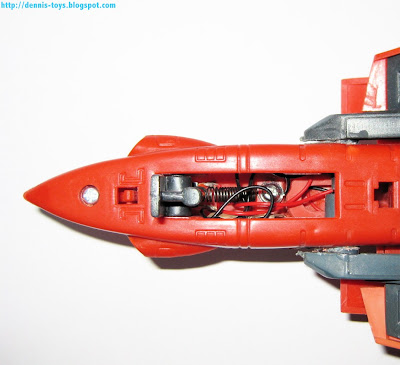 
Recently bought a pair of KO 1/55 valkyries on Ebay which I felt so strongly about blogging them. The first one is this red VF-1A. First, I didn't inspect the toy carefully and had failed to realise that the tip of the gun pod was already missing when the toy is still MIC. The stickers were loosely pasted and the joints were extremely flimsy.

These were not the worst thing which yet to come. I must say I'm not someone who goes rough on my toys but the transformation was disastrous! The chest chassis broke, the front land gear broke, and the tail fin broke and finally the toy went to the rubbish bin.
at October 30, 2008

In plane mode still look ok, but in robot mode, look so obvious that this figure is made out of low quality material. Anyway nice haul.

I only managed to save the other OK valkyrie which I bought together with. Can't expect so much for a valkyrie that cost S$10/-. Hee! Hee!

Very good price! Where did you get that??

Got it on Yahoo auction Singapore. Good price for the rifle and as spare parts.

I got the white one, worst quality ever, but as Dennis said: good price for a rifle ...plus the gun clip, missiles and a lot of spare parts.
By the way I have a new website with pics of my other macross 1 55 scale items and info about everything:
macross155index.weebly.com