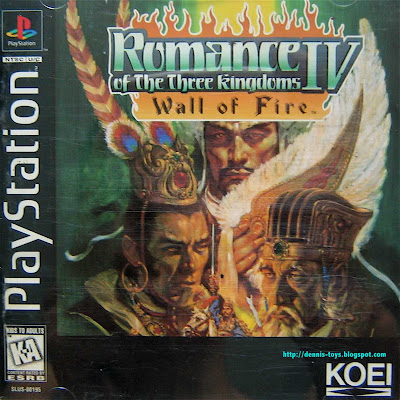 Front cover of the game 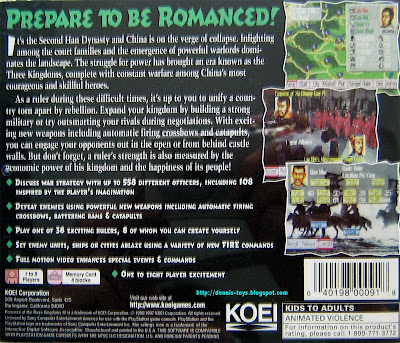 Back cover of the game

Content of the game
I'm a loyal follower of 'Romance of Three Kingdoms' games since the age of the Nintendo NES (Including the very first PC version). My collection of 'Romance of Three Kingdoms' games started through the episode IV titled 'Wall of Fire'. I first played this game on SEGA Saturn version and bought another piece when Playstation released this version at a later time.

Basically, 'Romance of Three Kingdoms' games are strategy games allowing you to control a warlord with the conquest to unite China through building agriculture, economy, and military. It gives you a different total experience every time you play the game.