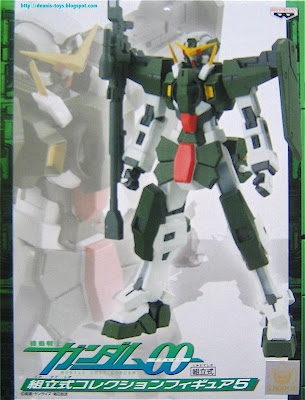 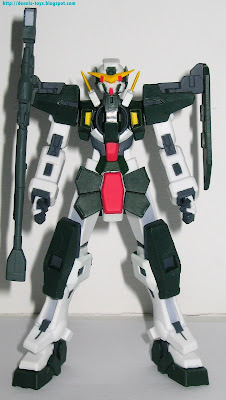 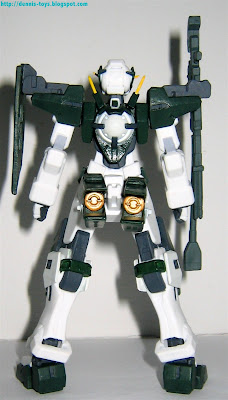 Back view of toy

Side view of toy


Gundam Dynames is specialised in long range attack that could even fire beam weapon from earth to outer space. Pretty impressive when I saw that scene on Gundam 00. The ability of Gundam Dynames kind of reminds me of Buster Gundam and GM Sniper.

It's very sad that it's pilot 'Lockon Stratos' had to die in the anime cos he was such a kind hearted Gundam Meister who sacrifices so much for his comrades. The last part when he took out Throne Zwei was also very heroic.