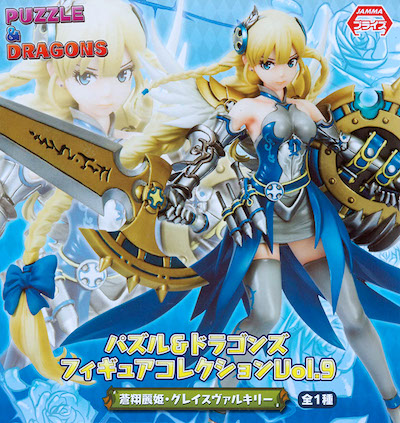 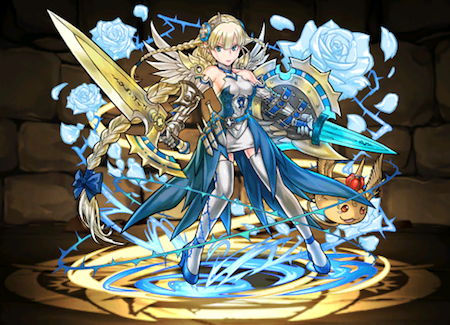 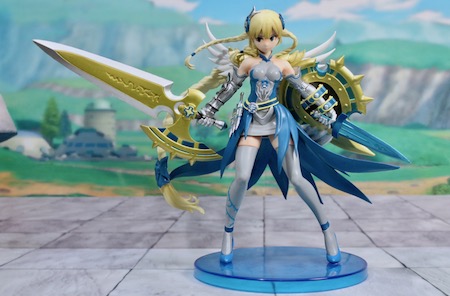 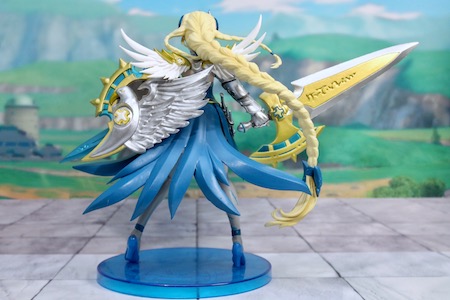 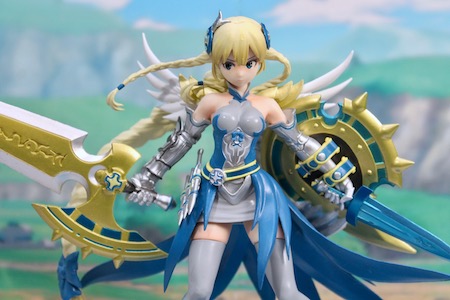 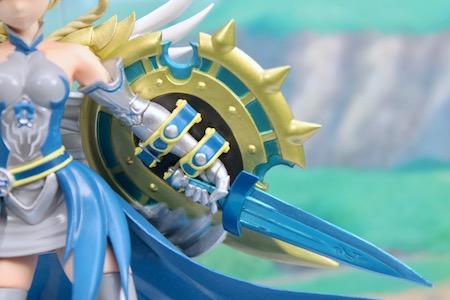 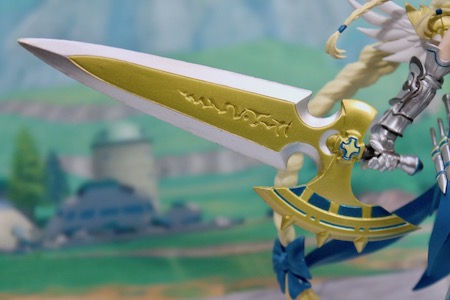 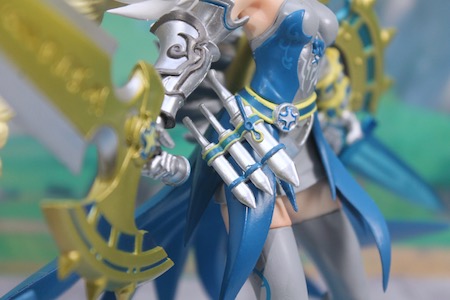 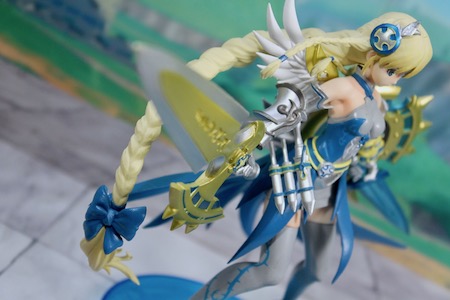 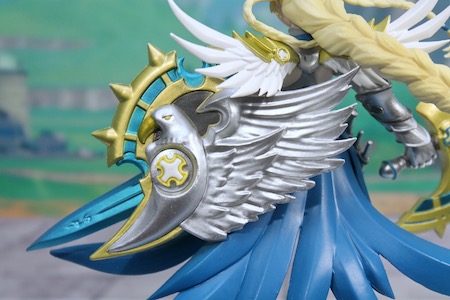 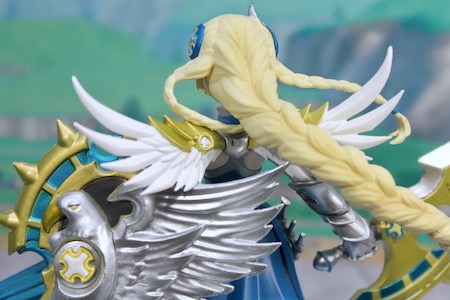 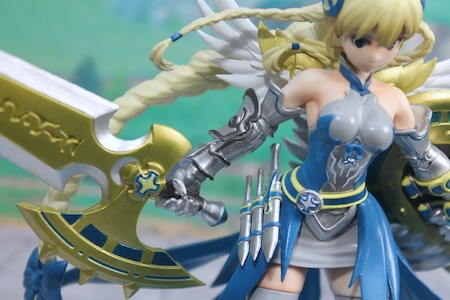 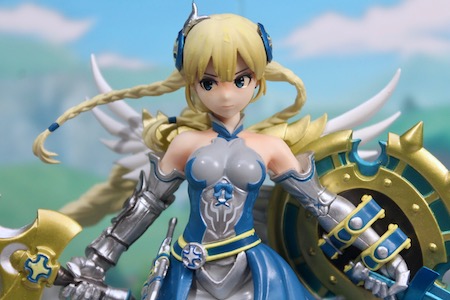 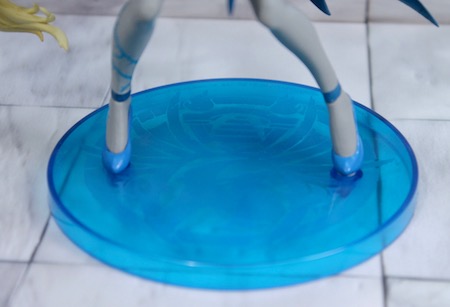 Officially licensed prize item made by Eikoh, based on the in-game artwork of mobile game Puzzle and Dragons. Puzzle and Dragons combines the key elements of a puzzle game, a dungeon-crawling RPG, and a monster-collecting adventure! Players command a team of monsters as they explore dungeons, collect treasure and battle powerful foes along the way. Attack foes by sliding colorful orbs across the screen to make 3-in-a-row matches. Strategize team building and make full use of the opponents' elemental weaknesses to deal massive amounts of damage.

Innocent look with those small angelic wings. Incredible strength holding broad sword, blue dragger, well designed shield and holstered knives as side arms. Check out those knightly arm gauntlets too! Her general blue and bright attire suggested her light and  water attributes. As a maiden, she also has healing skill. The round blue translucent base bear the insignia of the class/clan. In the game, she could be ultimate evolved into Azure Goddess, Valkyrie Reine.
at October 18, 2017

What a beautiful character design !!!... I wouldn’t expect this level of complexity in this sort of warrior/sorcerer created for a mobile game, but it loos like developers of these games are harnessing all the new features that current high-end smartphones offer... The statue is quite attractive and it has a great deal of detail, with a color scheme that suits like a glove a character that seem cute, but strong in fight as well, I love it !!!... =OOOOO

>> Chrismandesign
Probably less armour worn on the main body to show those nice figure but deadly on all other parts where she could carry. Handphone is now an essential for many and the game apps are getting popular as more often than not handphone are easily accessible. Most game would be free download and players would have to pay as they get more serious into the game they like.

Dennis, seems like you know a lot of game characters...

>> Desmond
Seriously I don’t this game. The figure was a butter trade with a friend. I like the character design though and find out more after having the figure..