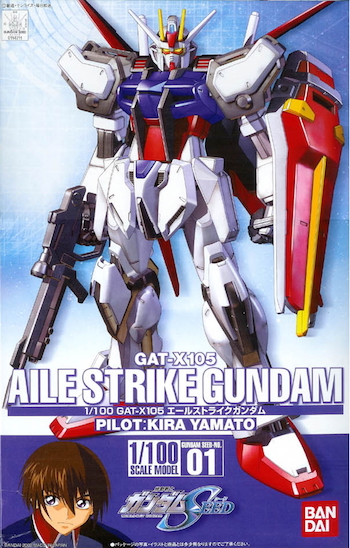 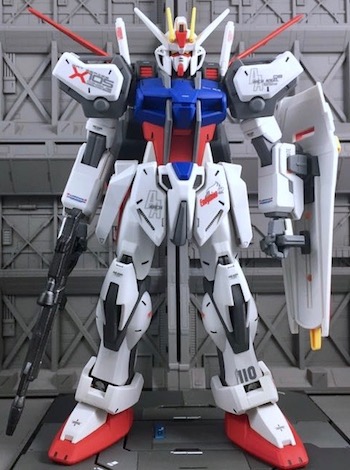 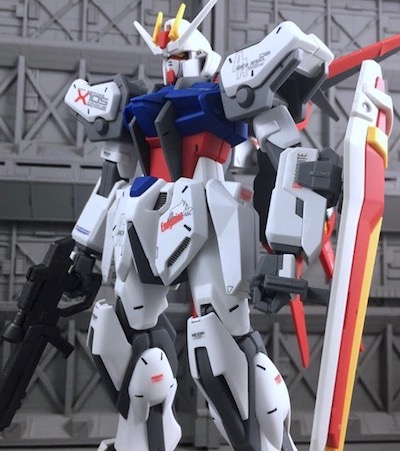 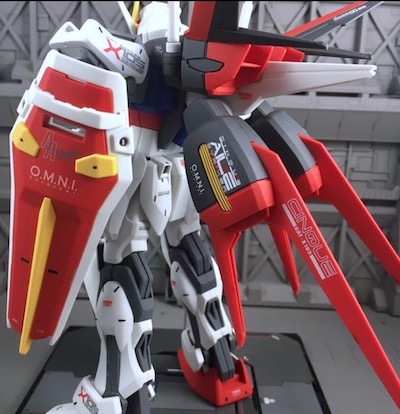 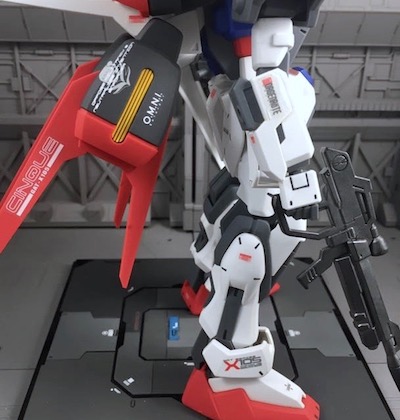 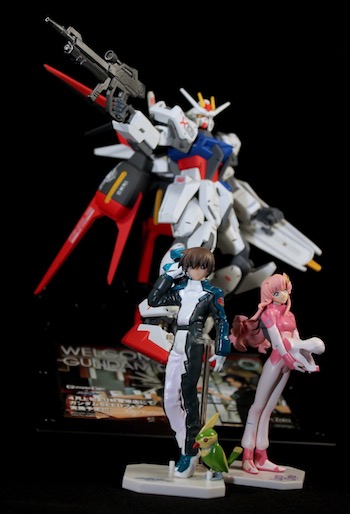 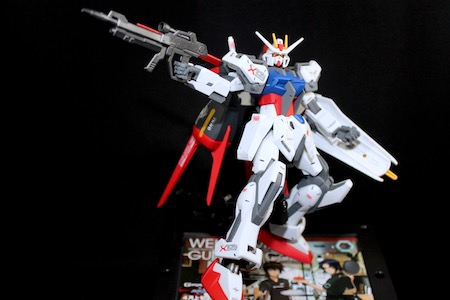 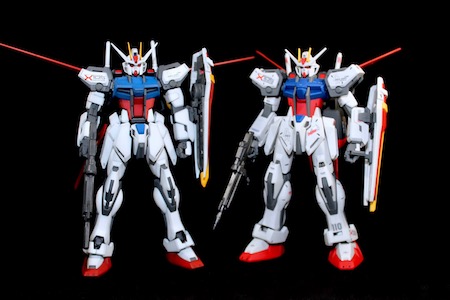 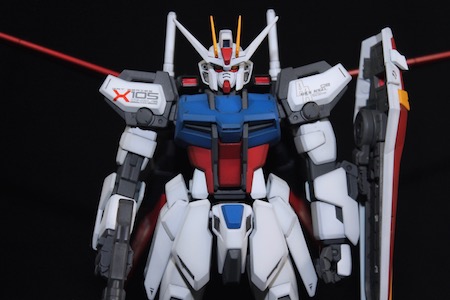 MG on close up 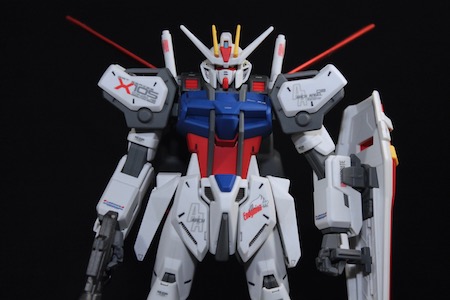 NG on close up 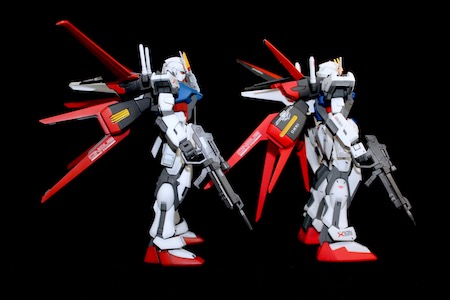 MG on left having a sleeker Aile Strike Pack 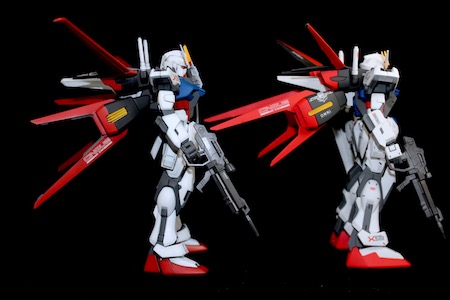 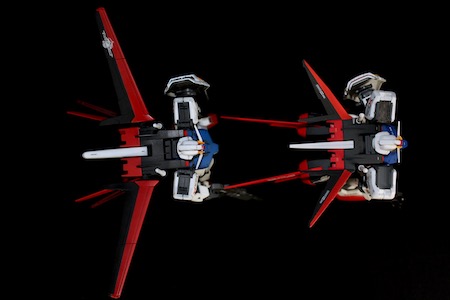 MG on left having a longer wing span

We know that Bandai wouldn't jump into MG production of any leading Gundam upon new series airing and from past experiences, we would first expect a Non Grade 1/100 scale. Only after you are all done with the basic kit, Bandai would release the MG version, probably after a decade or so during anniversary to reignite your interest once more and at the same time comfort you that the wait was finally over for the best sculpted 1/100 scale Gunpla of your favourite Gundam!

Still impressive with this vintage Gundam Seed model series, Aile Strike Gundam kit stood in my display with pride. Aile Strike Gundam comes complete with its beam rifle, shield, and beam saber. No much decals for this however I applied additional decals manned for MG as a form of upgrade before replacing it with MG. I did sprayed the rifle metallic black and matter top coat on the Gundam.

This kit has the poseability equivalent to a HG Gunpla. Rotatable shoulders that bends back and forth, not for waist which rotate left and right. Finally limbs articulations enabling ready stance and even iconic action poses. Unlike the MG, it does has open-fist-hands therefore comes with optional stiff hands. It carries conventional MS weapons like beam rifle and shield.

The best feature would be the Aile Strike pack which give incredible speed and balanced in both offense and defense, and more importantly, can fly in mid-air. Decent proportionality only having boarder legs. Its wing span ain't as long and sleek compared to the MG version. That's for now and I would touch on more on the MG version in later post.
at October 15, 2017

This Aile Strike is pretty much the Strike + I.W.S.P., except that the first one has less equipment and its color scheme is more "classic", it’s no wonder, since both were part of the O.M.N.I !!!... Another fabulous mobile suit, not only because of the Aile Strike pack, in fact the overall design of the armor is quite dynamic and after all these years it still looks very modern !!!... I didn’t know exactly the purpose of NG kits until you explained it succinctly, it’s a sound move of Bandai since the development of a MG kit demands a higher investment and we know that the toys/collectibles business can be ruthless !!!... =D

>> Chrismandesign
Strike Gundam adopted a lot of similarities to the origin Gundam and definitely one series which gained great success to the continuation of future Gundam. The Gundam anime that appealed to non Gundam fans and even female audiences. Not really frustrated with Bandai as most are happy at that time to have a grab this kit. Its quite a good kit though and MG would be cool for those for memorial anniversary collection.

>> Desmond
Goes to say the Non Grade Version still hold up against the test of time : )