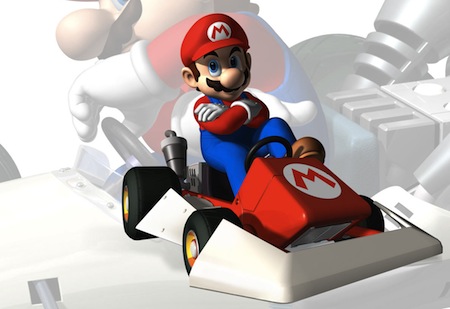 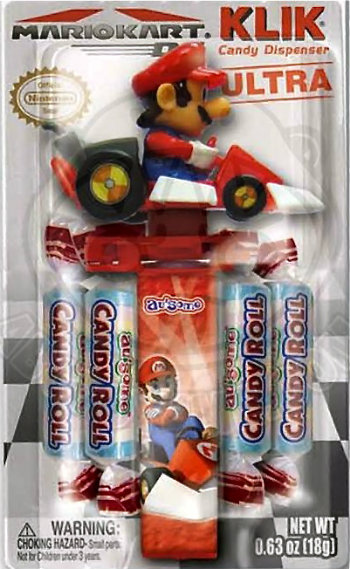 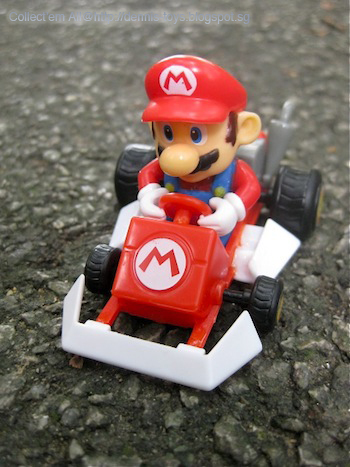 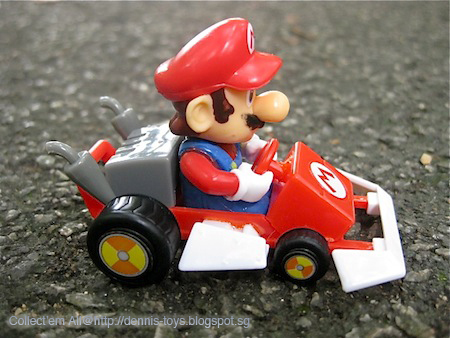 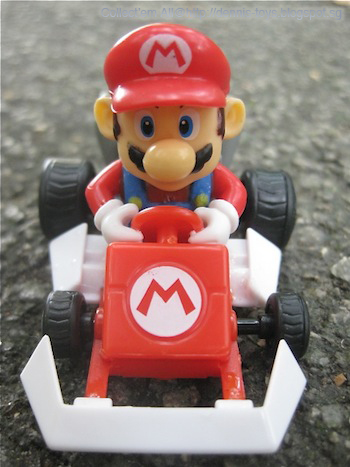 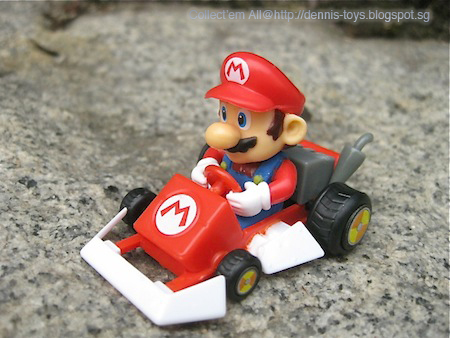 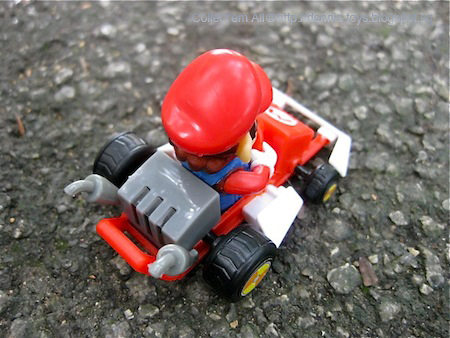 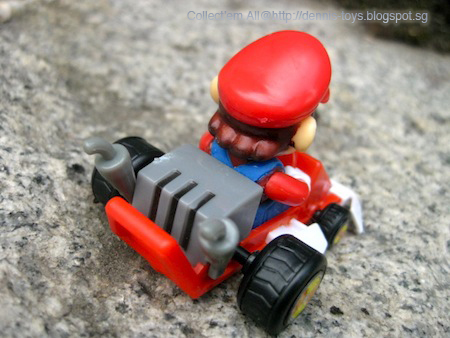 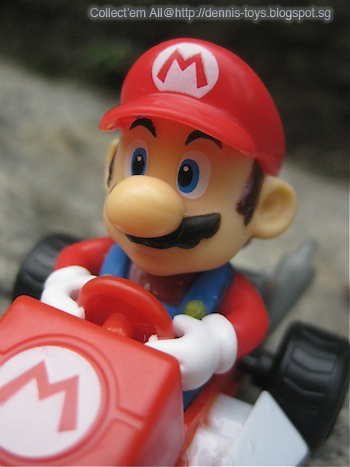 This short insert post, inspired after having watched 'Wreck-It Ralph' to go inline with characters from video games from Jurassic era. Asked me about an 'Atari' mascot and my reply would be 'Pac Man'. 'Super Mario' for 'Nintendo' and 'Sonic' for SEGA' console. I remember Mario been mentioned in 'Wreck-It Ralph' but didn't see the character making its appearance apart the villain like King Koopa aka Bowser and other supporting character from the game.

Anyway, here's Mario on kart candy toy that is similar to Pez candy dispenser. It's displayed in my living room for quite a while and one that my wifee won't give permission to give or sell it away. My son, Denz, is also eyeing on it but he won't get his hands and wreck it as the toy is safely inside the glass cabinet. Hee! Hee! Amazing to see how 'Super Mario' game had expanded from jumping around, rescuing princess to Go Kart racing on Super Nintendo or Wii. Iconic character from generation to generations.
at December 28, 2012

Oh yes bro! And growing in size after eating the mushroom. Lolz...

every time i tried to play Super Mario i just gave up, disappointed by my low scores and poor performance... blegggg !!! i guess it was not my kind of game and i always preferred Galaga... is better to shoot alien ships than to kick turtle’s shells, at least for me LOL... =)

I remember I completed the first Super Mario, not stage by stage but skip stage taking the shortcut tunnel. Hee! Hee! I'm more of a turnbased strategy kind of gamer. I have not played Galaga as 'Delta Force' was the other game that I played a lot those days. The days of code like up up down down A B select start. Lolz.

I didnt play super mario kart that much but I did play "Crash Bandicot Team Racing" which I think its quite similar on PS1 back in the day with my friends.

When u get one of them out of contention with ur "powers" is da best feeling. muahahah

You better keep an eye on it as my son was looking at it as well.

Mario Cart was the biggest thing for Wii when it hit so long ago.

>> sl619
I didn't Mario Kart either cos it was so exclusive to Nintendo console only. I switched to SEGA and then Playstation after which. The racing game that I invested a lot of time and money then was really Daytona at Arcade.

>> bluedrakon
Ha! Ha! So your son is a fan of Mario Kart too! Recently, I saw Mario Kart toy in shopping centre that's far better than this. I hope I reach your town as well.

Impressive but true, Happy New Year 2013 to you and your family.

Long live Super Mario! Thank you for the well wishes bro! All the best to you too!