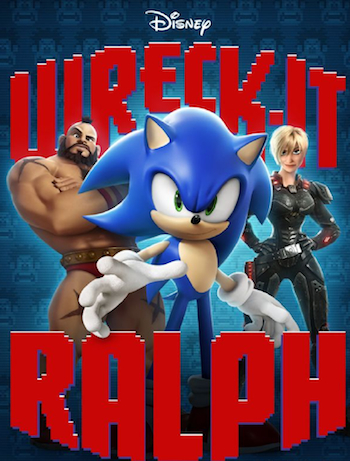 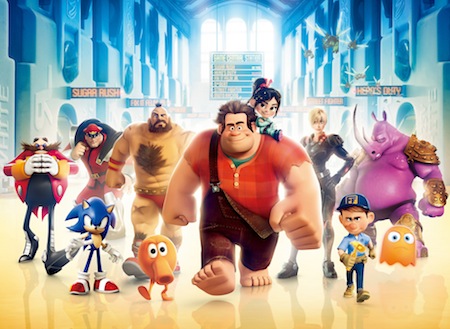 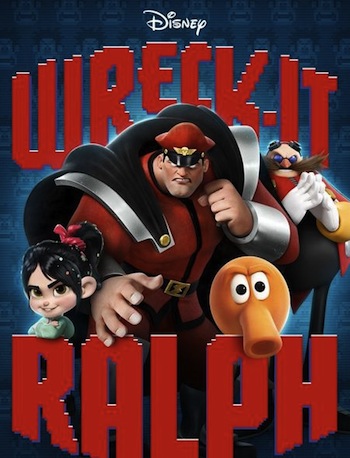 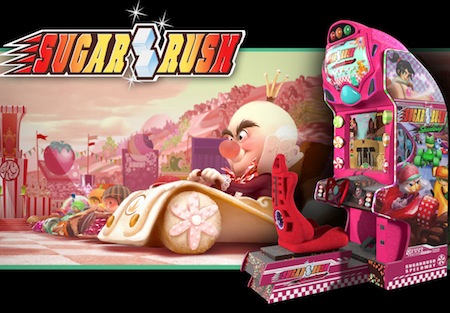 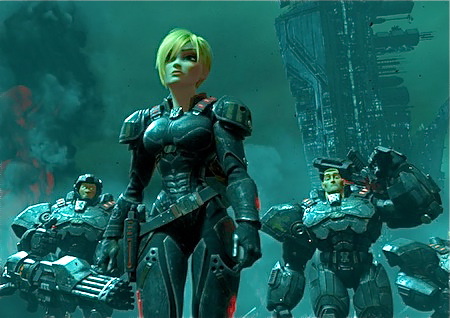 I wanted to watch 'Wreck-It Ralph!' badly after reading ‘Toy Randomness’ blog. It’s a movie on arcade games characters and particularly, Ralph, who was programmed as a villain (often neglected and rejected) wanted so badly to get out of the role that he was been programmed as. Fortunately, my wifee and I managed to bring our three kiddos to the cinema to catch this movie by Disney on Christmas Eve.

The thing cool about this movie was that game characters from titles I had previously played, made their appearance in the movie. Retro games that were old and classic like ‘Pac Man’, ‘Sonic The Hedgehog’, ‘Super Mario Bros’ and ‘Street Fighter’. Though my kiddos were exposed to Sonic and Mario, these characters definitely had a greater nostalgias impact on me. You can expect some cyber action and speed racing as Ralph traveled outside his comfort zone.
at December 27, 2012

are you trying to tempting me pal ??? HOHOHO... i need to watch it as well... the retro-games are unforgetable... =D

I was also being tempt into watching the movie. Now I'm just spreading the poison. Hee! Hee!

I will probably rent the DVD when it comes out and watch it with my son. It is a really cool movie from what I heard as well.

Pretty cool with a pinch of retro essence. I'm sure your kiddo can connect to it.

i didnt go to cinema for some nice movies recently..so..not watching this too..

On my part, I'm going to cinema more often then usually recently and especially school holidays to fill up bonding time with kiddos and catching movies I craved for.

Thanks for the referal bro!
And I hope u enjoyed it with ur family.
HAHA