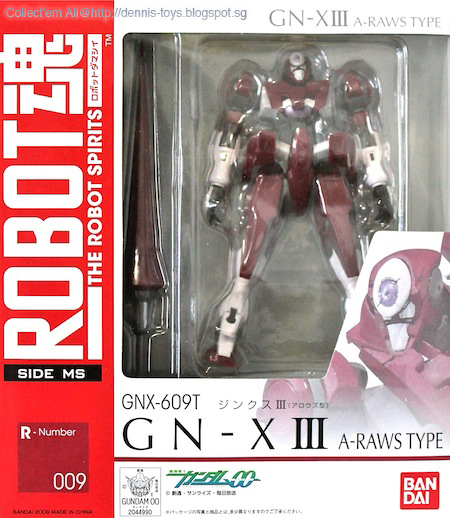 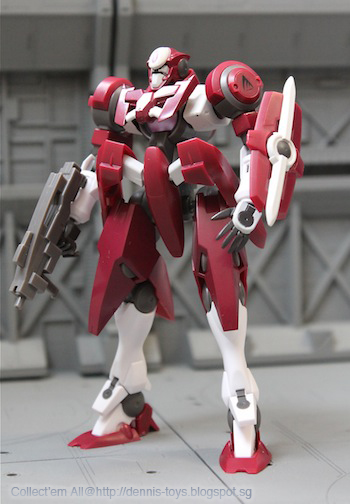 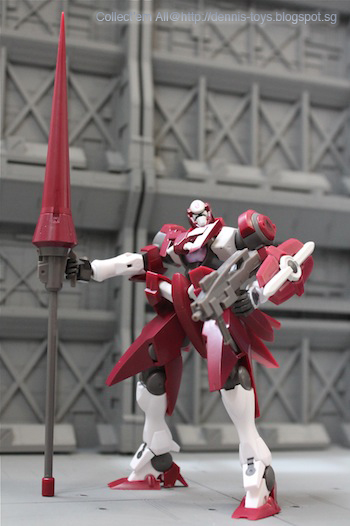 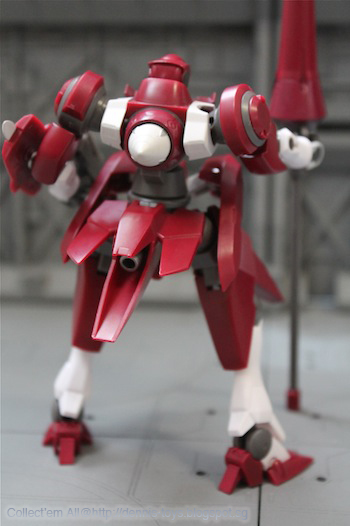 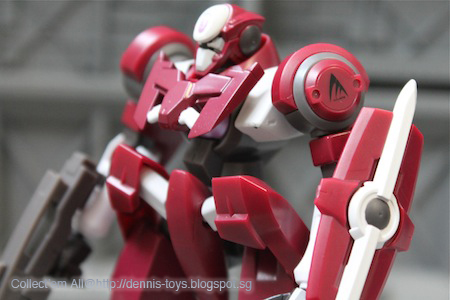 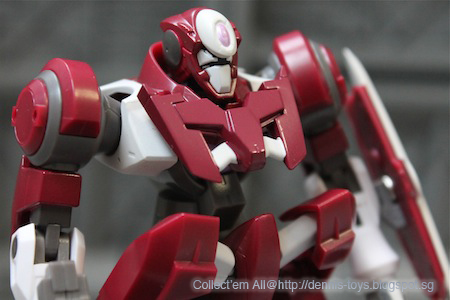 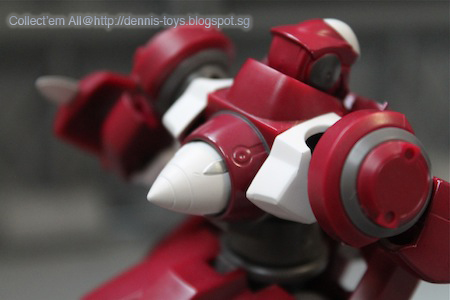 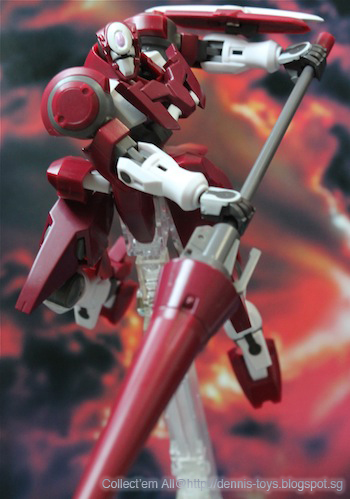 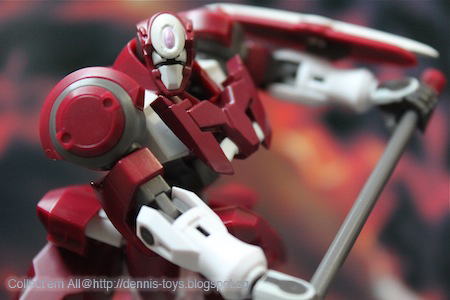 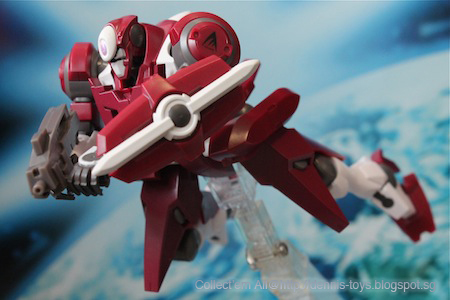 Many thanx to Stanley again for lending me his toy, if not this review won't be possible. There is his Robot Damashii red GN-X III Mobile Suit used by the A-Laws in the second season of 'Gundam 00'. When you look at the box of the toy, it's painted as A-Raws! A-Laws or A-Raws? It doesn't really matter as the toy come sharply detailed for a 12.5cm action figure featured with well-articulated joints for a wide range of dynamic poses.

It seems to me that there had been several releases of GN-X under Robot Damashii line. I guess the simple design of this mass produced grunt unit had its own fans and so can't be wrong even introduced in different variants. This toy comes in its most basic form from the figure straight down to the accessories. Weapons include a GN Beam Rifle, GN Beam Saber, GN Shield with movable Defense Rod, and a GN Lance that can switch between its Lance and Rifle modes. Good grip for the rifle as it attached firmly to the forearm.

Needless to say the articulation Robot Damashii delivers, my only complaint would be the head movement as its restricted by the collar. The lance had complimented the MS well and the red/white colour scheme gave close resemblance to a crusader knight.
at December 23, 2012

this mecha design is a clear rupture with the traditional Gundam which is for me very valuable... great color scheme, i guess is a regular unit for melee attack... your frienb has good taste (and a "fat" wallet too !!! LOL)... =)

Cool that this grunt unit was given a totally unique design and yet look good. Stanley is always telling us that he would limit his expenses on toy but consistently with toy loot. Lolz... Merry Christmas!

One of the best "soldier" mobile suits in gundam 00. I never agreed to the lance idea though. HAHAHA

I guess the Japs favor melee attacks that's why a lot of their characters have swords and lances. It's always adopt in their robot too! That samurai spirit! Thank you for the explanation to the 'L' and 'R'... Now it makes more sense.

I thought of getting the MG of the first GN-X. The only prob is that the design didn't seem to blend in well my other collection. Contemplating... Maybe till I cleared my backlog kits... Hee! Hee!

Nice review, this one seems equivalent to the scale of 1/144

Thanx bro! Robot Damashii is built to 1/144 scale. It comes plain without stickers. So it gave a choice for collector to keep it as it is or give touch-up with panel lining and decaling. I guess a cheap alternative would be getting the HG kits for more expansion like customizing.

what a great review and the action shots were well done. But I have to ask, why does he have such a grumpy face plate o_O

Thanx pal! The background helps a lot during the photography. I took reference online for some of the posing. The grumpy look? Ha! Ha! Cos A-Laws is like the mean Titans!