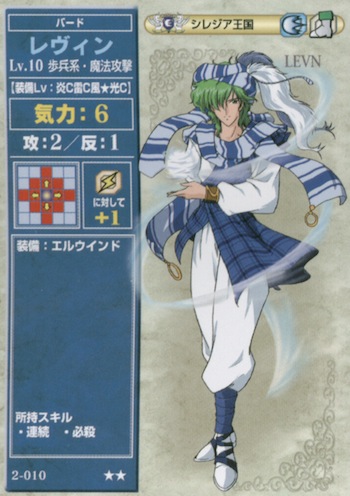 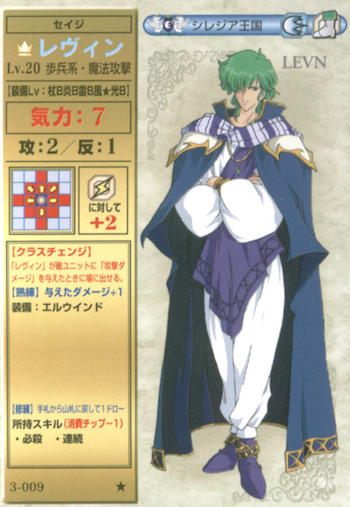 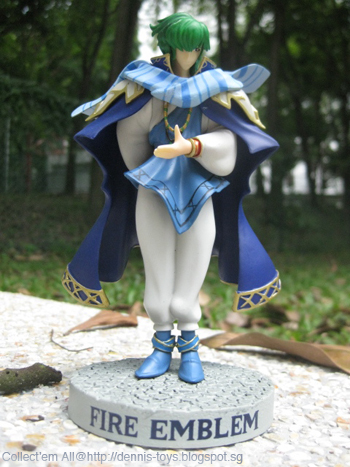 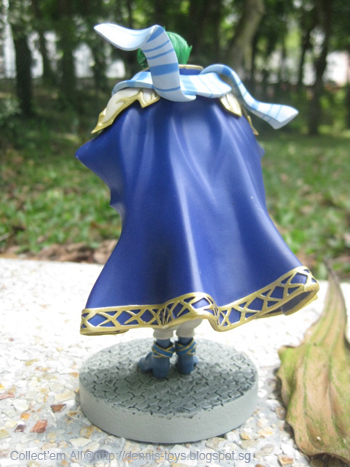 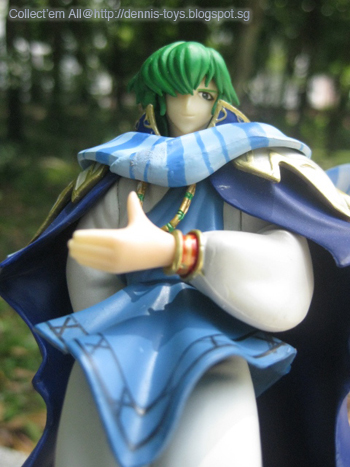 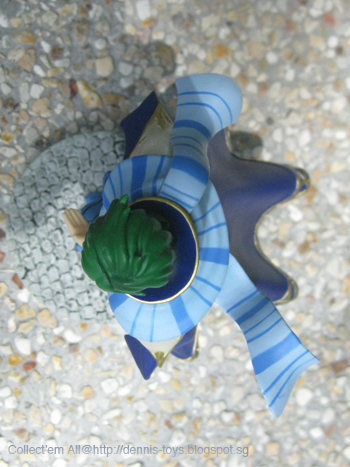 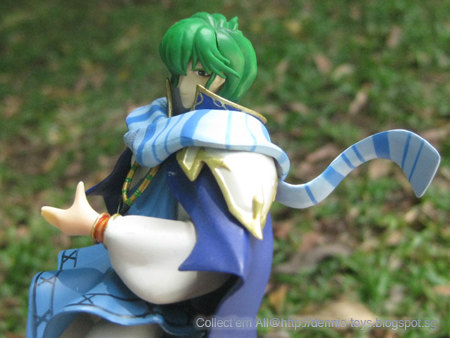 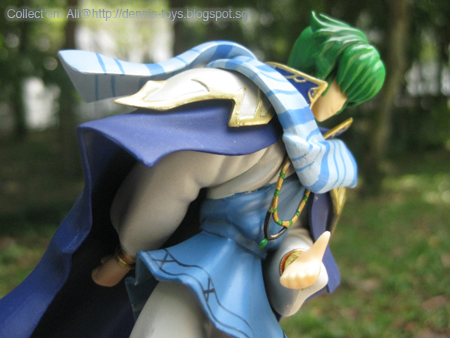 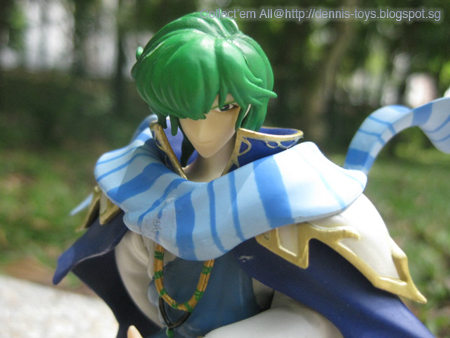 A successor to the throne of Silesia, Levn, English translation as Levin had once forsaken his kingdom to travel beyond the border for knowledge and wisdom. He came to realized his heavy responsibilities after the tragic death of his mother and assumed the throne thereafter. Despite so, Levn was unable to defend his small nation and was eventually slain. His pursuits of justice and fairness continued after his resurrection by Holsety, the divine dragon aka Wind God. Levn is a sage class that served as a tactician with magic as his forte.

'Angels Puressanto Ltd' had done an excellence job in making this series of Fire Emblem Exceed A Generation figures with minor changes to the costume and sculpt for a more dramatic look. Levn was made with his removable cape and scarf blown upwards like gathering wind, defying gravity. The neat paint job even on the accessories on Levn and charming eyes complimented well to the overall likeness to the character.

The Fire Emblem: Seisen no Keifu Character Figures aka Fire Emblem Exceed a Generation is a figurine collection that have the characters from Fire Emblem: Seisen no Keifu in Generation 1 in the first volume set, featured as a Trading Figure (Japanese blind-box figure). This figure stands 4.75" (11.5 cm) in height, with a 3" in diameter base. Packaged in a color box, with Japanese text. Requires assembly. It includes a textured, circular base, with an English label of the game "Fire Emblem" on the front. So far there has been a second volume.
at December 21, 2012

among the figures you have published on this series, in my opinion this is the best !!! everything is nice here, i wonder how they could achieve this quality in a vintage figure... well i guess old times are good times in many cases... =)

Sorry to say that this figure wasn't in my favourite piece and I have save two of which that I like to post at a later stage. In fact, I had sold this away and only kept two from the whole lot. No doubt this is a good figure, such that the character did really appeal to me.

It is amazing how they caught the motion within such a small figure. I like the fact it is quite close to the artwork on the card.

I guess the manufacturer kind of use 3D software to do the initial design and then a lot on careful modeling and good QC thereafter.