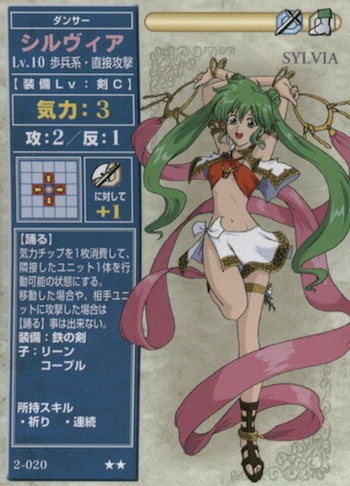 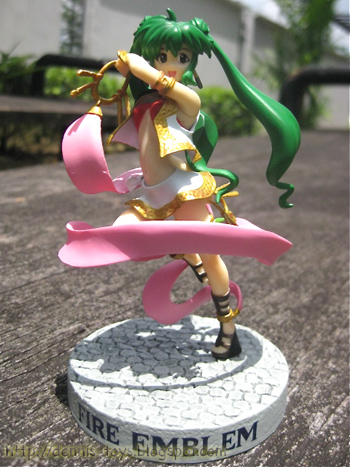 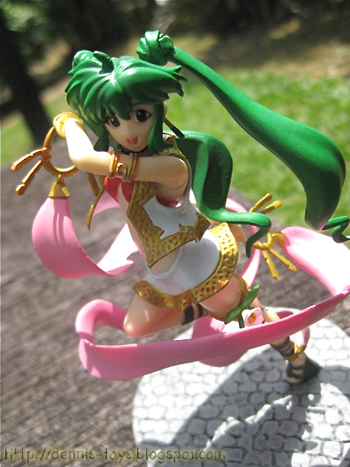 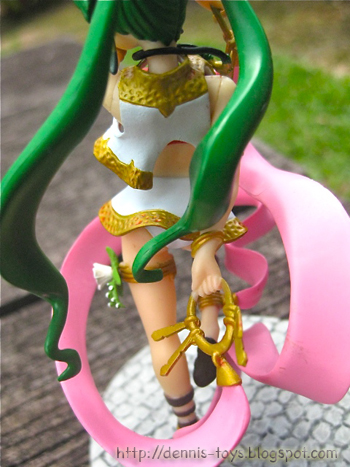 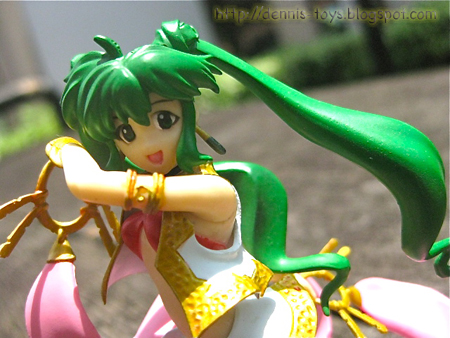 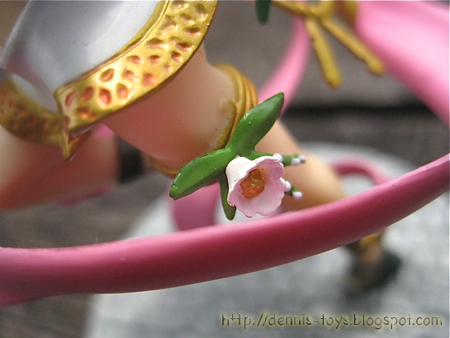 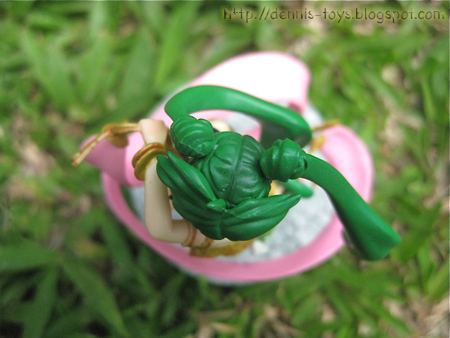 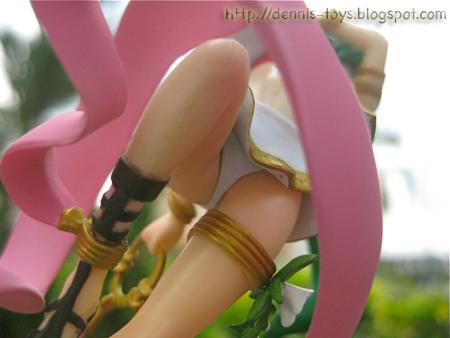 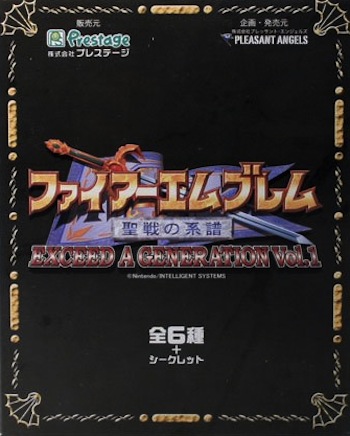 The Fire Emblem: Seisen no Keifu Character Figures aka Fire Emblem Exceed a Generation is a figurine collection that have the characters from Fire Emblem: Seisen no Keifu in Generation 1 in the first volume set, featured as a Trading Figure (Japanese blind-box figure). This figure stands 4.75" (11.5 cm) in height, with a 3" in diameter base. Packaged in a blind box, with Japanese text. Requires assembly. It includes a textured, circular base, with an English label of the game "Fire Emblem" on the front.

So far there hasn't been a second volume. There are a total of 7 characters in this volume and one of which (Ira) is a secret character. That’s the one I missed out but I’m fine with that. I won’t go harsh harsh to introduce them all but I shall start with Sylvia, the sweet young dancer with a cheery smile. Don’t ask me what she does in the game cos I didn't play. I bought the set because I wanted the figure of the main character Siglud. Though I know little of the Sylvia, I like how the figurine was presented, in a way she was flirting in those scantily outfit and dancing weightlessly. The pink robe does spiral gracefully around her.
at March 05, 2012

Very Miku looking. LOL but she come before Miku so its alright. :D

Different! Sylvia is a dancer and Miku is a Vocaloid. Ha! Ha!

this is a very nice trading figure (from a video game i know nothing LOL)... the sculpt job and color selection is striking for something of that size... also the outdoors pictures are very appropriate... the female characters are always an attractive topic to talk about... =)

I would consider this a well made trading figure. The size made it ideal to transport around and provide having the spare time to do so. Sometime, I just buy cute stuff like this without much knowledge. Ha! Ha!

I used to play Fire Emblem really alot few years ago which Rekka no Ken is my favorite and i didn't expect that this series had some figurines O_O.

are there any other Fire Emblem series that got figurine treatment as well?

I kind of know that Knight Fantasy stuff would fork up your interest. So far only this series was given the figurine treatment. There are another series in gasaphon, diorama like but I'm usually skip gasaphon.

I have to agree with LEon as it does look like a green haired version of Miku. Miku does dance in her videos :P

Should I say Miku is the one who look more like Sylvia since Sylvia had been around longer that Miku, just that not many take noticed of her. Sigh.... Glad you like the pantsu shot. Cheers!

I dont have any fix pose PVC in my inventory... i only fancy those figures with movable joints... this one quite decent...

So, you are those guys who goes for action. I'm generally quite alright when any toys as long as toy companies bother to come out with the series or character I like.