Counting Down To Transformers Cybertron Con 2012 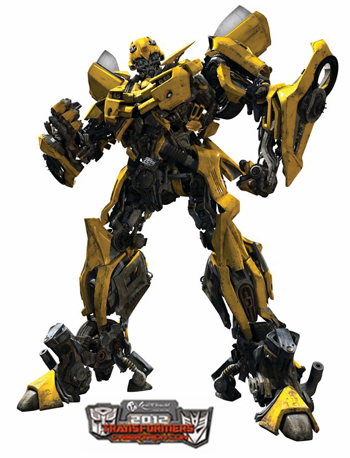 With less than a week remaining to the biggest TRANSFORMERS event to hit Southeast Asia, branded play company, Hasbro (Singapore), the organisers for the upcoming RESORTS WORLD SENTOSA SINGAPORE TRANSFORMERS CYBERTRON CON 2012 (‘Cybertron Con’), has announced a series of special opportunities for TRANSFORMERS fans to look forward to. Led by displays of TRANSFORMERS toys, collectibles, video games, and more, the Cybertron Con, held at the Resorts World Convention Centre, Compass Ballroom, from 11 to 14 March 2012, will also offer fans an inside look into the breadth of upcoming releases and products via a four-day spectacle of panel sessions with TRANSFORMERS brand stewards, designers and more. 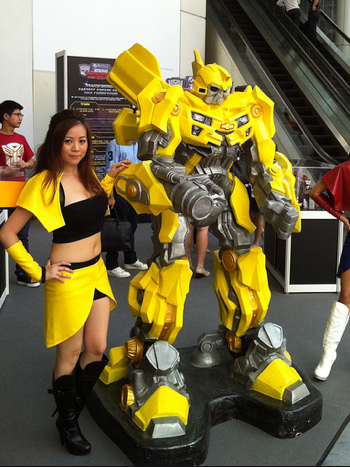 Fans can expect to learn the latest developments from the brand including details on the upcoming fall release of the ‘Fall of Cybertron’ video game, upcoming products from the TRANSFORMERS: Prime line. Closed Door Design and Animation Sessions In addition, Cybertron Con will also present rare opportunities for aspiring designers to receive first-hand tips and lessons from TRANSFORMERS design and animation experts such as renowned lead TRANSFORMERS designer Hideaki Yoke; Jose Lopez, Art Director for Hasbro Studios best known for his work on characters and props on the animation series, TRANSFORMERS: Prime; as well as producer Mr. Jeff Kline, responsible for recent animation productions such as TRANSFORMERS: Prime, G.I. Joe: Renegades, Men in Black: The Series, et cetera. Interested convention attendees are advised to register quickly during the Con due to the limited vacancies. 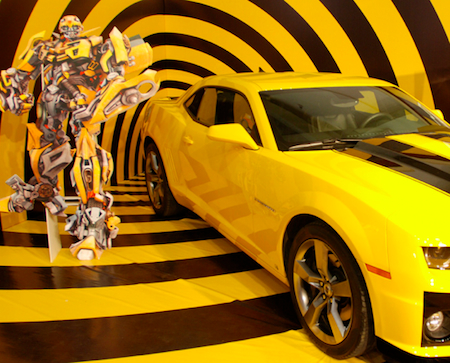 TRANSFORMERS Re-Imagined Unique to this year’s Cybertron Con is a display of 50 specially customised Optimus Prime and Bumblebee model kits designed by 50 renowned local designers and hobbyists who have put their own spin and design into creating models unlike any the industry has even seen. Amongst the big names included in the display are film director Eric Khoo, fashion designer Daniel Boey, popular local musicians Jack & Rai, as well as acclaimed local illusionist and magician J C Sum. The display has been touted to being one of the ‘must-visit’ sections of the convention. KRE-O Augmented Reality Interactive Zone The latest Augmented Reality (AR) technology will bring the KRE-O TRANSFORMERS to life – and meet the public. Attendees need only to stand in front of a big screen and they will see themselves captured 'live' by a video camera – just like on the big screen at a stadium, et cetera. Stepping into the interactive zone, the KRE-O toy, Bumblebee, would appear, standing beside them. Taking it one step further, Bumblebee will then interact with them – as if they are actually in a 'parallel world.' Apart from 'dancing' with the audience, up on the screen, Bumblebee will even give participants a 'high five' before transforming into a sports car and driving away. 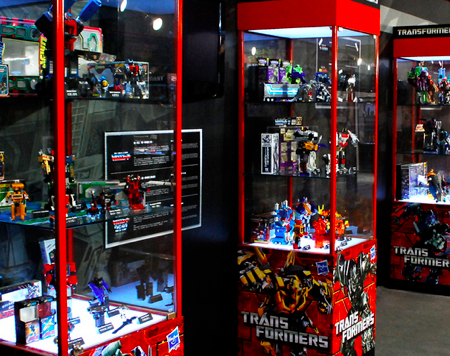 Retrospective Display To showcase the history of the brand, Hasbro will present an extensive collection of historical TRANSFORMERS items from throughout the brand’s 28 year history via a visually stunning exhibit. The exhibit will take fans through the chronological progression of the TRANSFORMERS brand, beginning with the classic ‘Generation One’ era. As fans proceed through, they will be able to view extensive artwork and information about characters and stories from different eras of the brand from ‘Beast Wars’ to the most recent entertainment blockbuster movie and the current ‘TRANSFORMERS: Prime’ series. Other special events and exhibits will include: A 22-foot tall Optimus Prime character statue, one of the largest TRANSFORMERS statues ever; Three-dimensional action figure dioramas capturing scenes from popular TRANSFORMERS entertainment including the blockbuster movies; National ‘Fastest Fingers First’ Competition 2012, testing convention goers’ skills at transforming toy figures from “robot” to “vehicle” mode and back to ‘robot’ mode or viz-a-viz.

Ticketing
Tickets for the convention are priced at $12 for day ticket and $68 for VIP 4-day package.

To complete the TRANSFORMERS experience, a special 3D2N package – comprising hotel accommodation, a pair of tickets to 2012 Cybertron Con, Universal Studios Singapore, and the Maritime Experiential Museum and Aquarium (MEMA) – has also been rolled out.

Day packages consisting tickets to these three attractions are also available at $77 (Adult), $62 (Child) and $48 (Senior Citizen). Fans who wish to attend 2012 Cybertron Con are encouraged to reserve their packages and tickets fast through the Resorts World Sentosa website at www.rwsentosa.com, ticketing booths located at Universal Studios Singapore, RWS Ticketing and Membership Hub and MEMA, via reservation hotline +65 6577 8888, or through authorised travel agents now.

More information will be released closer to date. In the meantime, for more information and updates on 2012 Cybertron Con, please visit www.cybertroncon.com or join the Facebook page at www.facebook.com/transformerssingapore.
at March 05, 2012

This would be so cool to attend. I am sure my son would take my credit card and run amok every day.

Yup! I'm going to attend this Sunday. My NEXT post on the exclusive items at the event will really make your son run away with your credit card. Lolz...

the lady next to the Bumblebee is quite enticing slurrrppppppp....