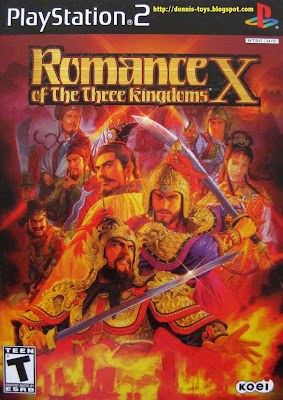 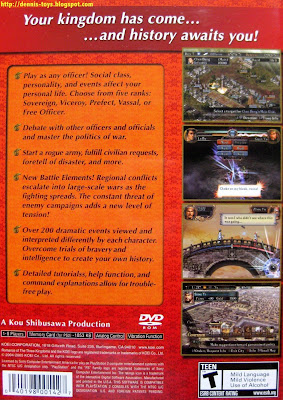 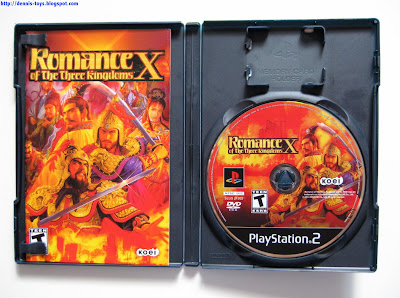 The game offers players the opportunity to take on the role of 650 characters and create up to 110 new officers. You'll govern the wartime and diplomatic aspects of your kingdom, creating rogue armies and negotiating treaties. Your kingdom is constantly under threat of being attacked by the enemy and even a minor skirmish can escalate into large scale military conflict. Players will experience over 200 dramatic events that are interpreted differently by every character as they shape the game world according to their own decisions and actions. (A review FROM IGN, hosted by Neoseeker)
Here's the intro...

Do you know where I can find this game? (I mean, a real store, not one in the web).