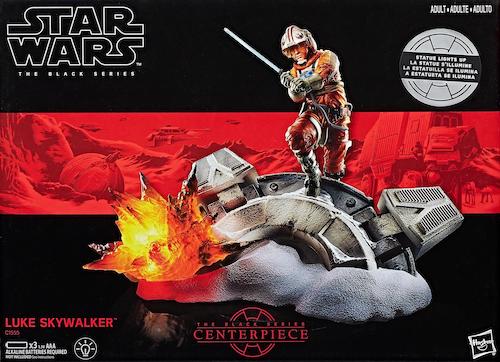 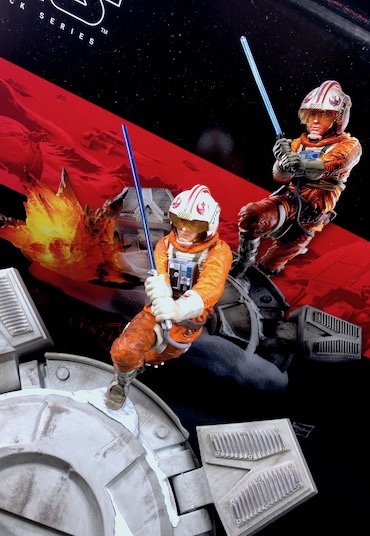 The toy is very close to the artbox 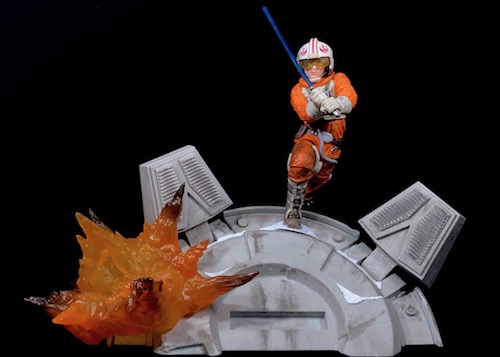 Touch of tarnishes on the diorama 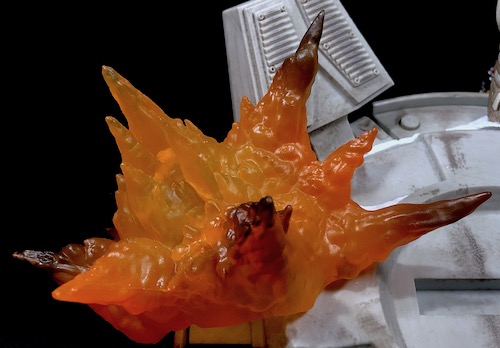 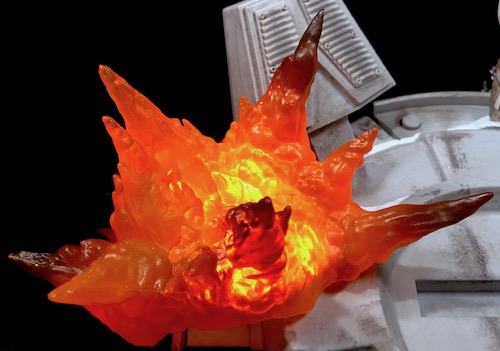 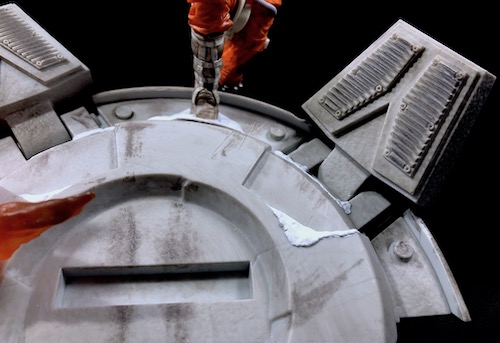 Even snow of the foot of AT-AT 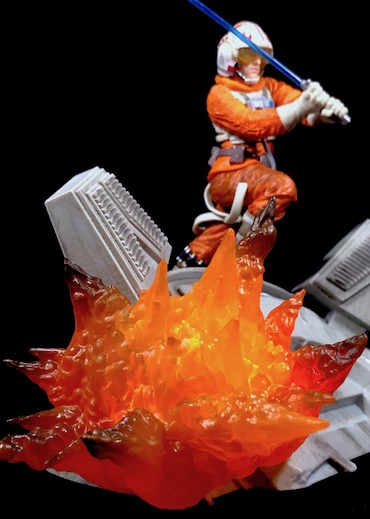 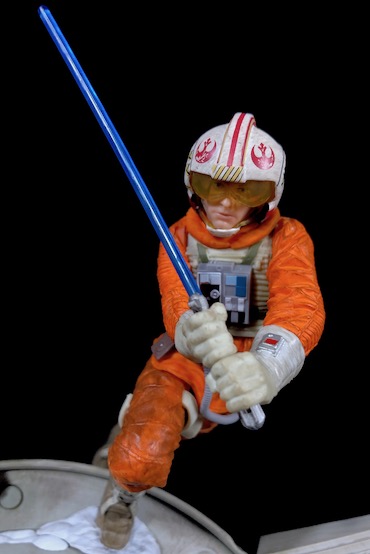 Would be even better if the saber could be lighted up. Mayby I'm asking for too much. 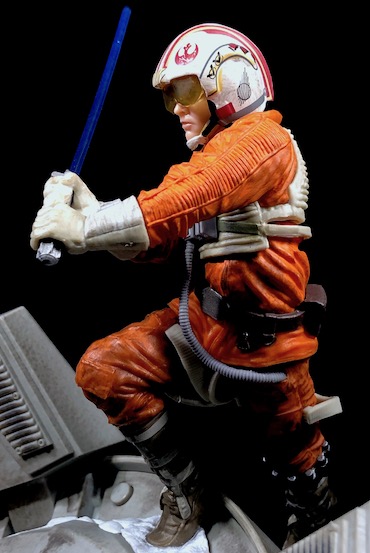 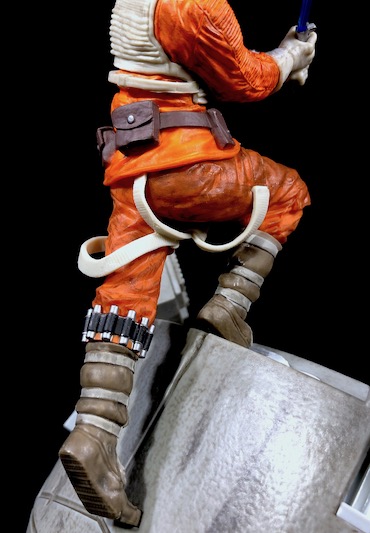 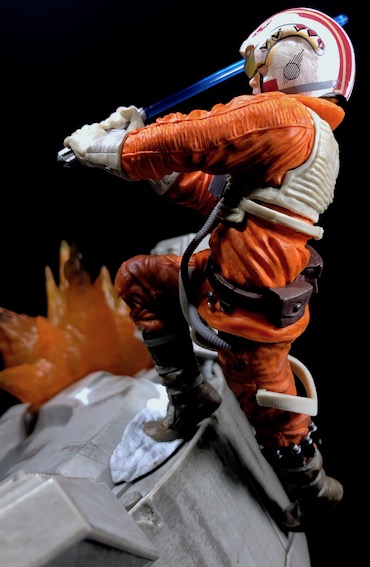 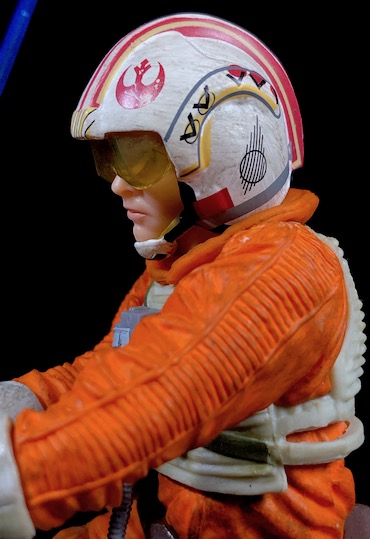 The helmet looks very cool at close up 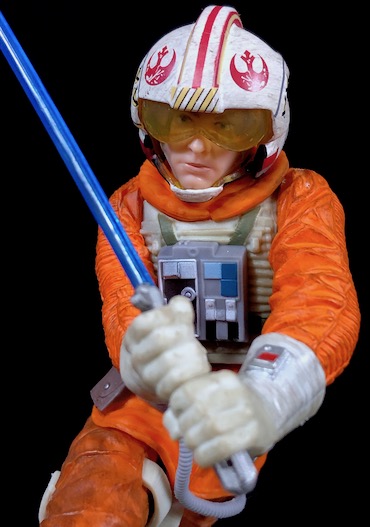 Apart from the skin tone of Luke Skywalker looking raw, the paint on the figure is pretty good overall 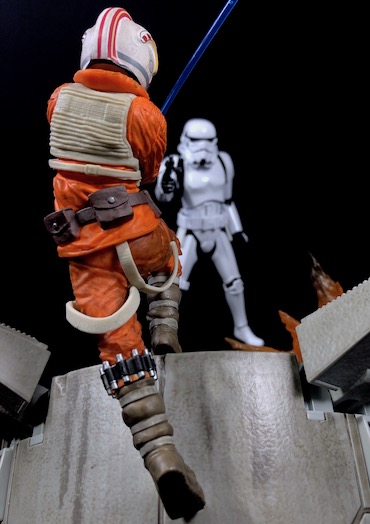 I don't have snowtrooper. I'm making do with the always cool looking stormtrooper for the kill. Lolz 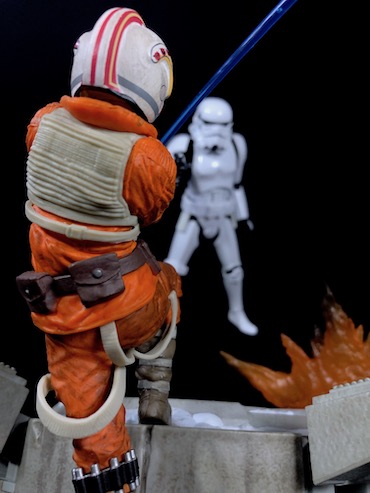 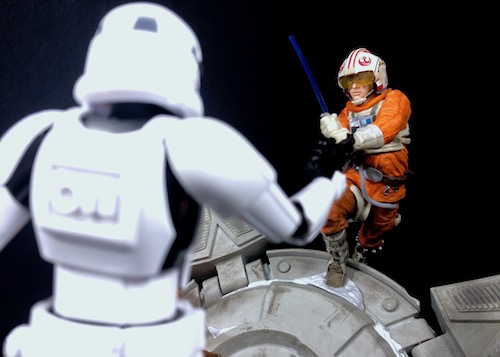 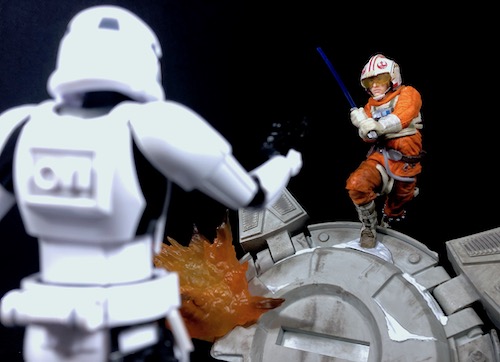 Kids and fans alike can imagine the biggest battles and missions in the Star Wars saga with figures from The Black Series! With exquisite features and decoration, this series embodies the quality and realism that Star Wars devotees love. An iconic scene from the Star Wars universe uniquely captured in time by reimagine key moment of iconic character captured in a moment in time like never before.

After Luke Skywalker’s T-47 Airspeeder was downed in action during the invasion by Imperial forces on the ice planet Hoth, Luke continued to fight, battling Imperial snowtroopers and even toppling an AT-AT Walker. Luke Skywalker thinking on his feet to take down the AT-AT in Star Wars: The Empire Strikes Back with this Star Wars The Black Series Centerpiece Luke Skywalker, featuring Luke Skywalker wielding his lightsaber as he charges back to the Rebel base on Hoth. With a premium base featuring lights and sounds that invites building out the iconic scene with more figures, vehicles, and accessories, Star Wars The Black Series Centerpiece Luke Skywalker truly serves as the centerpiece of any fan’s treasured display.
at June 24, 2019

Bro, I don't think you asked for too much. If they can make the light up explosion effect, why can't they make for the light saber?

I gotto agree with u on this bro. The light saber effect would make more sense. I would think that it’s of higher technicalities on light-up saber. Anyway, it’s has given a lot considering the small amount of money paid.