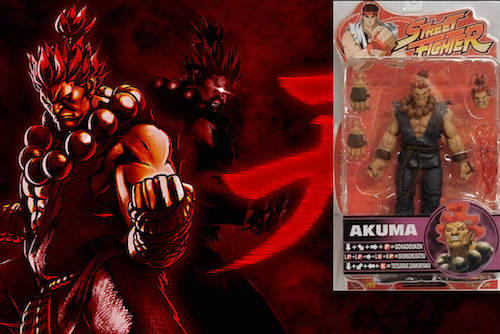 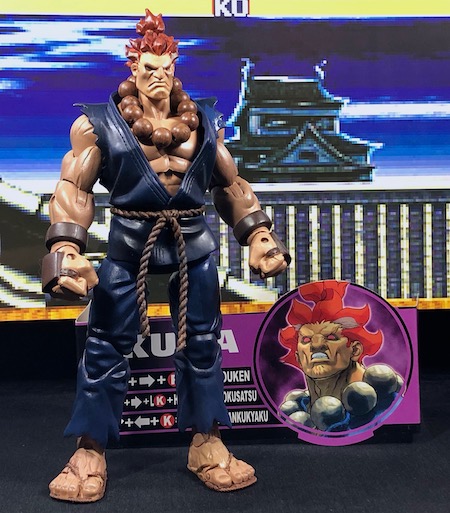 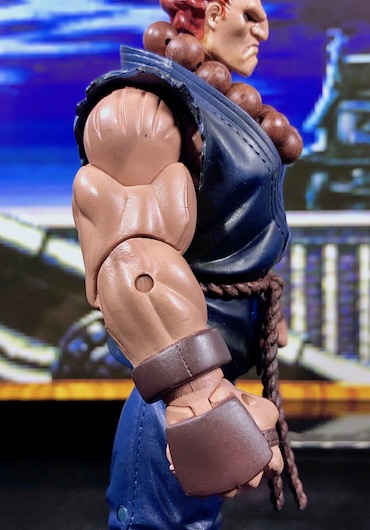 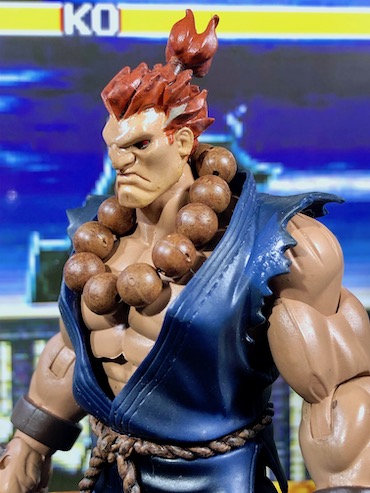 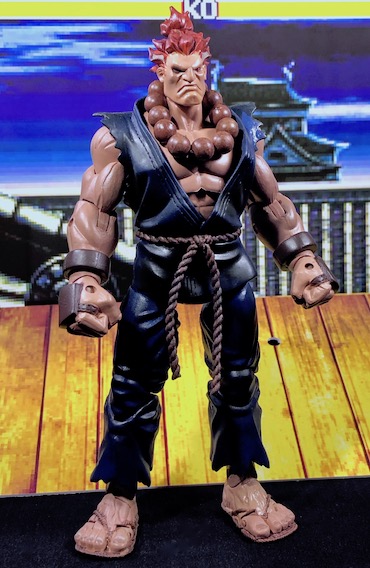 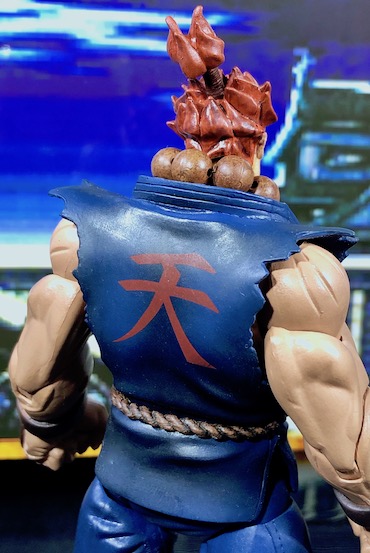 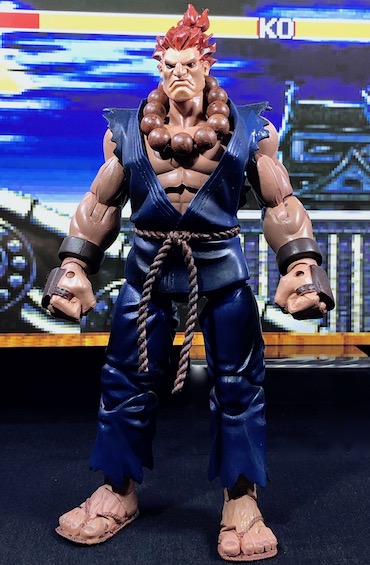 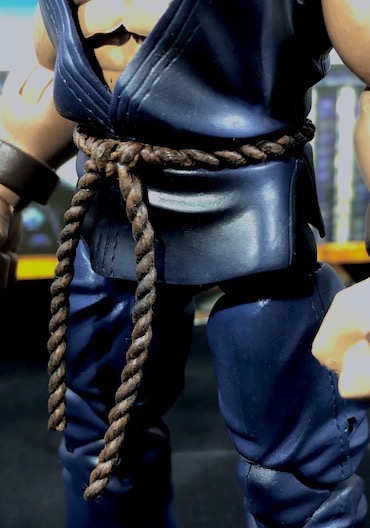 Using the same Shotokan school of martial arts that trained Ryu and Ken, Akuma has opposed them for years. Demonically powerful due to the training of the master of the dark arts, Gotetsu, Akuma hopes to one day confront and destroy his master using his signature move The Raging Demon. My liking remains with SOTA action figure when it comes to Street Fighter figure. Not so much for the articulation but the sculpt that brings out the life and likeness of the character in a 6" figure.

Released in 2006 as SOTA Street Fighter Series 4. Street Fighter Akuma red hair and original outfit action with 天 printed at the rear. Cool to own him as part of my Street Fighter collection! Somehow the string that holds the prayer beads broken and thankfully my wifee helped me to tie them back together. The accessories that come with figure included 2 open fists, alternate head with growling face, and red flame for the Dragon Punch.
at June 20, 2019

The SOTA Street Fighters series still worth for collection :)

I didn’t start Storm or intends to replace any of SOTA. This series remains true to my heart.