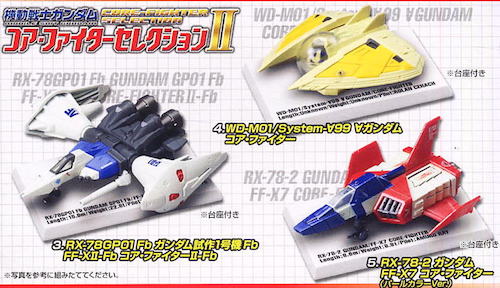 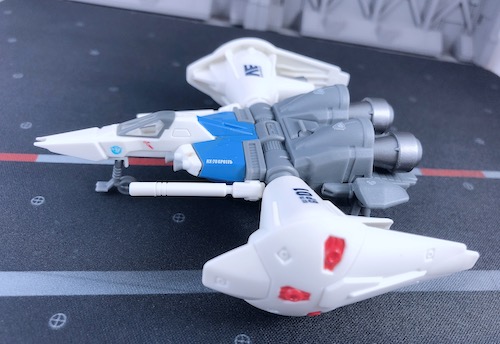 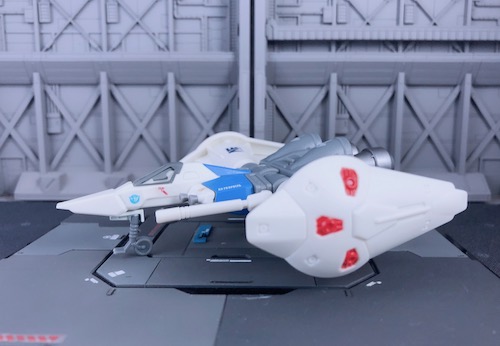 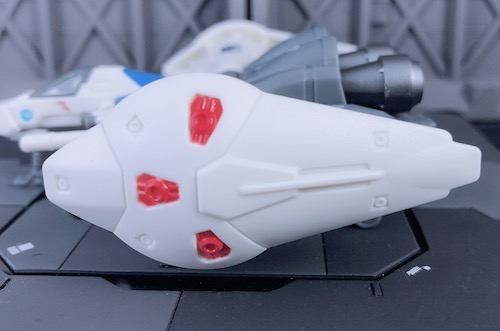 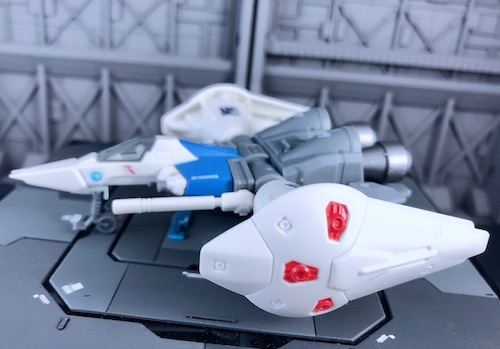 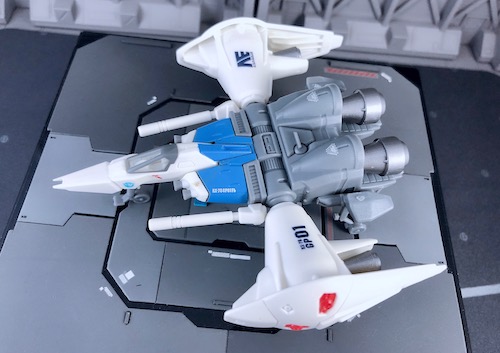 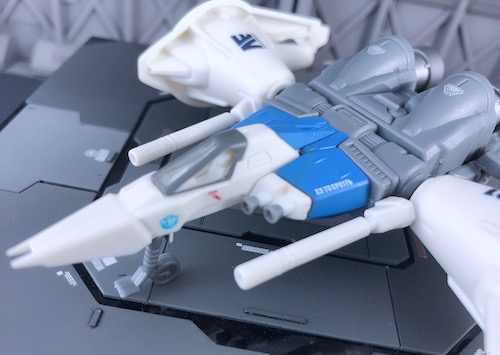 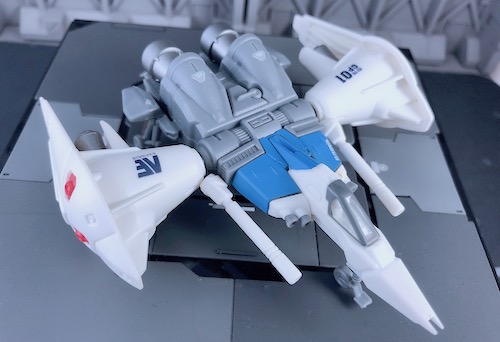 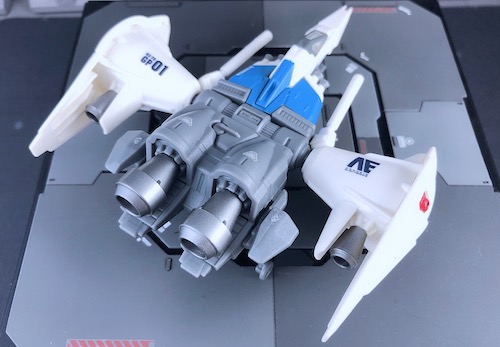 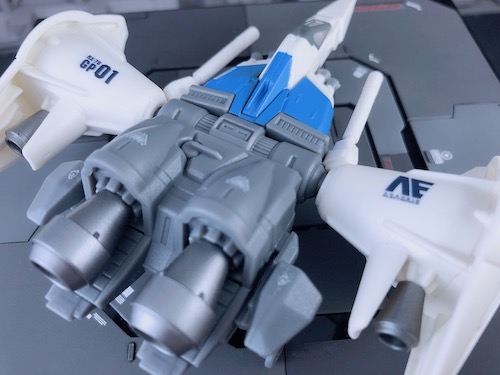 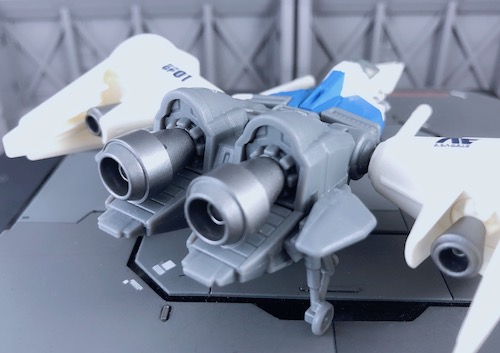 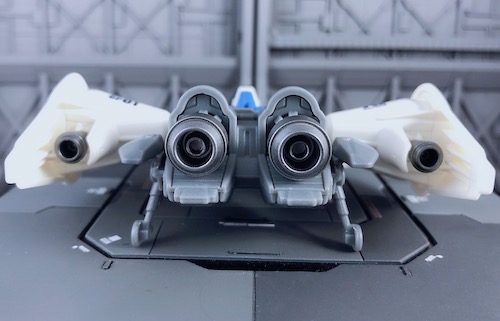 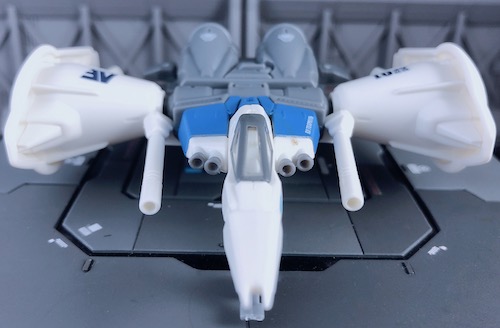 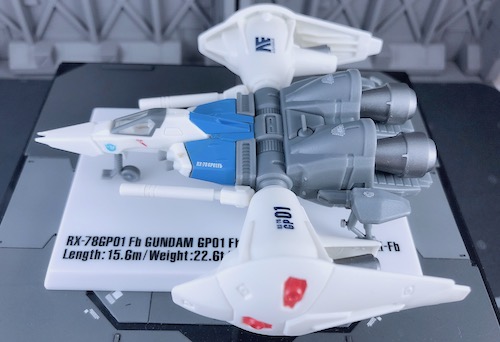 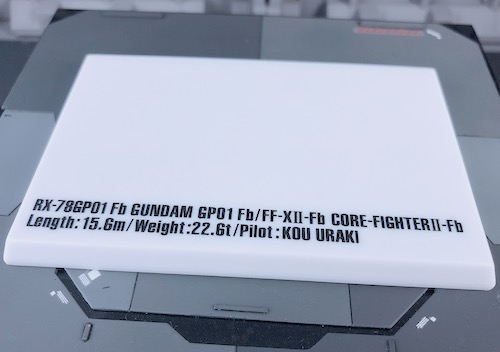 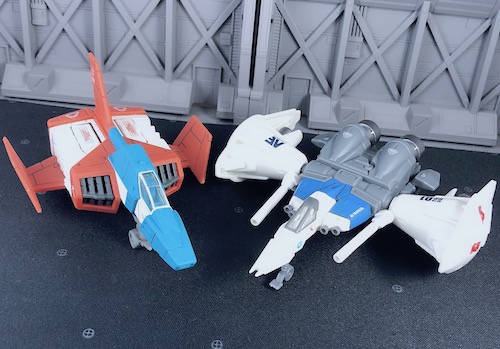 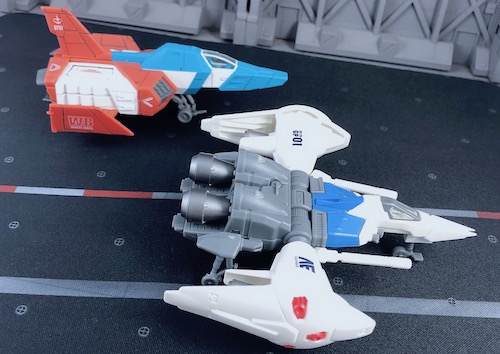 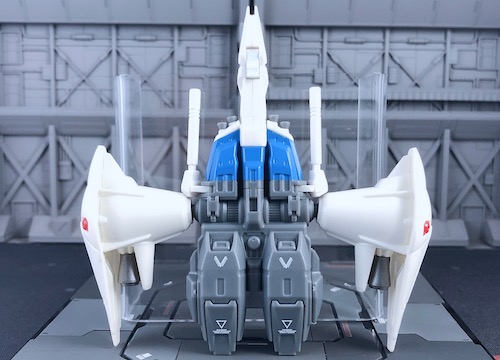 The plane figure is considerably big measuring approximately 10cm and comes with its own display base printed with its data. It even indicated Kou Uraki as the pilot. Apart from the stand, there are other gimmicks such as the optional parts of either using the landing gears or using the cover that patch up the gaps below.

The white plastic parts look pretty raw and I expect yellowing with time if left in the open. I do like the metallic paint on the afterburner and those sharp fine markings on the toy. I believed the addition of panel lines will improve the aesthetic of the toy.
at April 17, 2019

Email ThisBlogThis!Share to TwitterShare to FacebookShare to Pinterest
Labels: Gundam 0083

I like the one with blue and red body schemes..

Yup. The original red, blue and white is unbeatable.