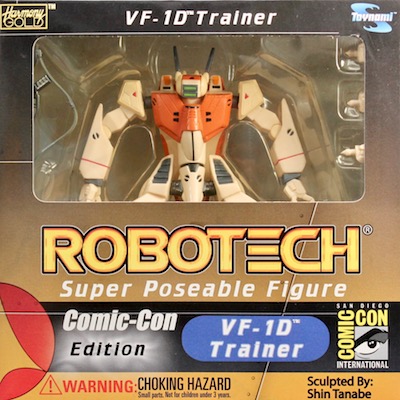 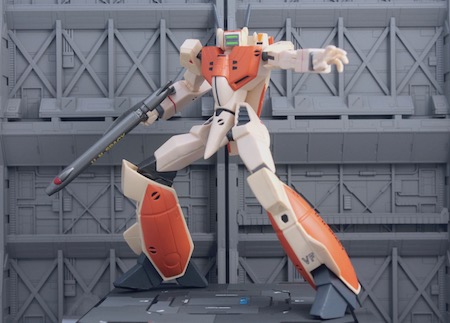 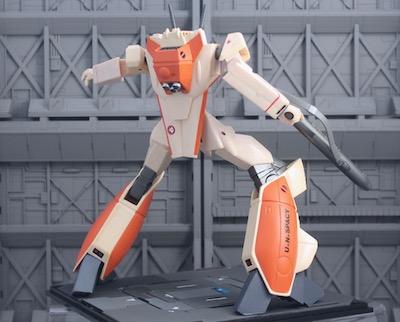 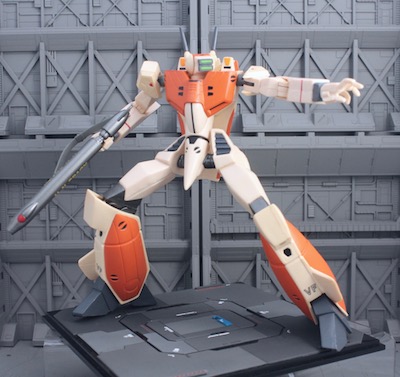 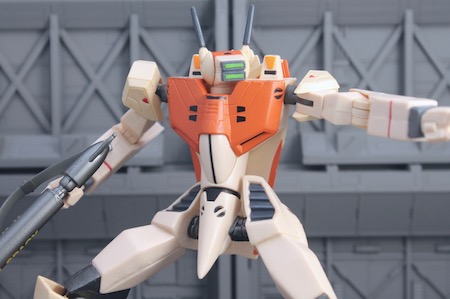 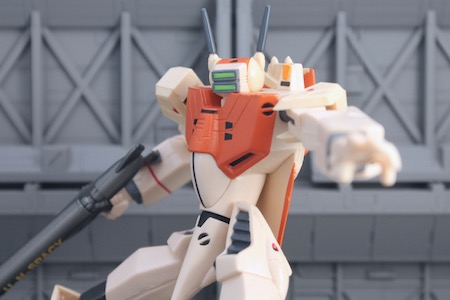 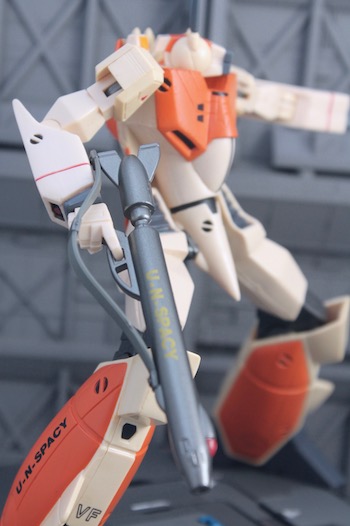 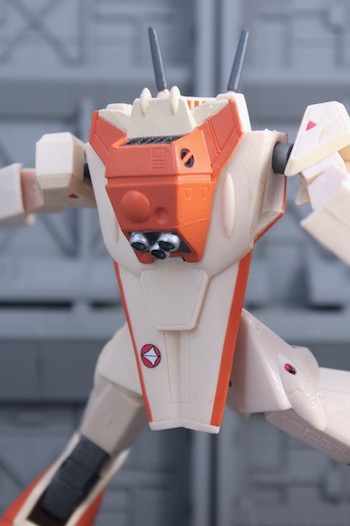 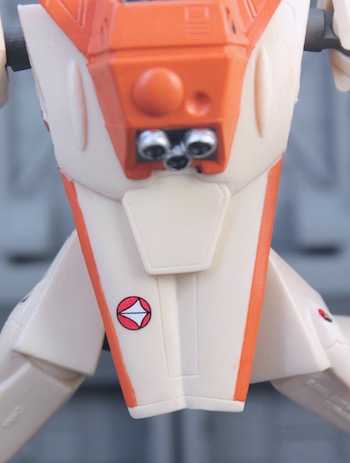 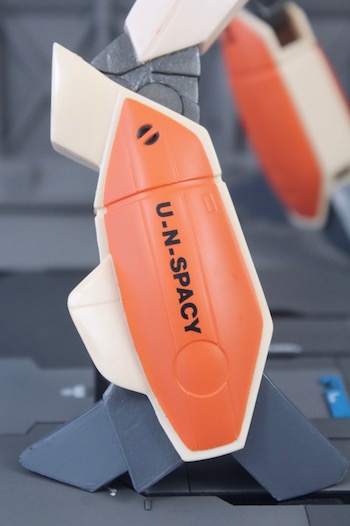 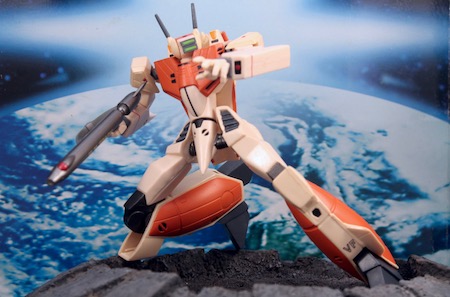 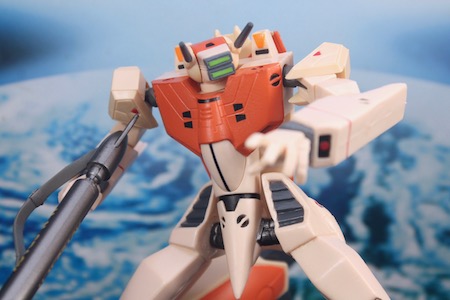 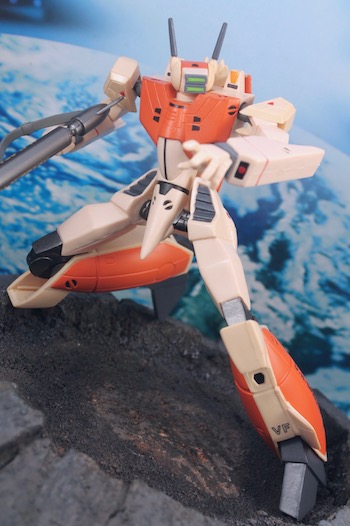 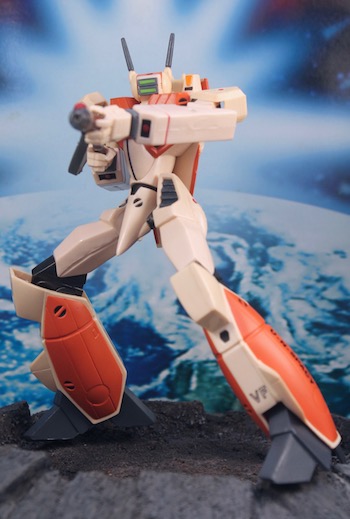 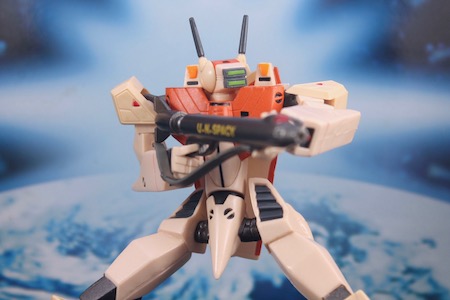 The VF-1D Valkyrie is a Veritech produced by U.N Spacy, most common used in training practice during the First Robotech (The Macross Saga) War. Its known pilots included Rick Hunter (Hikiru Ichigo) during his first (involuntary) battle and Jack Archer during training in the game Robotech: Battlecry.

Released in 2002 by Toynami, VF-1D Poseable figure from Toynami. This particular version is the limited version made for the San Diego Comic-con. Limited Production of only 3000 Made. Super Posable 6" figure was released as a 'ToyFare' exclusive repacked in with more premium box packaging rather than blister card in their earlier normal releases. Figure was sculpted by Shin Tanabe. Includes Telescoping Rifle Gun Weapon and 5 interchangeable hands.

The kneeling pose was quite the breakthrough back while some figures released around that time and they have even less points of articulation, not to mention that the kneeling pose you show in the pictures is virtually impossible with them Though Toynami was marketing this line of Robotech non transformable figures as "Super Posable", these figures don't actually have many poses due to its few point of articulations.

Then again, this figure was produced before revoltech technology was found. Still, this figure has a few very cool poses with its wide spreading legs and kneeling capabilities. The antennas on the head can be rotated and in the anime acts as a pair of gun pods.

Looks pretty neat as a 6" figure and the articulation is very good too. Since this is an exclusive item, I guess it is quite pricey...

>> David
I did pay a bit more for the exclusiveness and that it’s not available locally. Generally Toynami price range are reasonable and wouldn’t fluctuate much.

This cannot be transformed right?