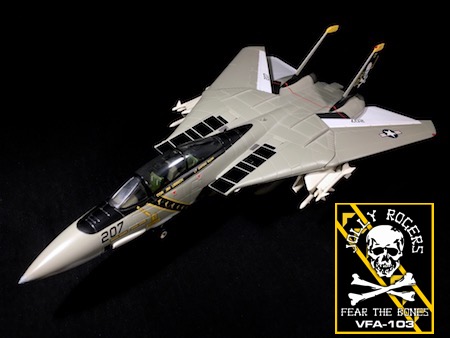 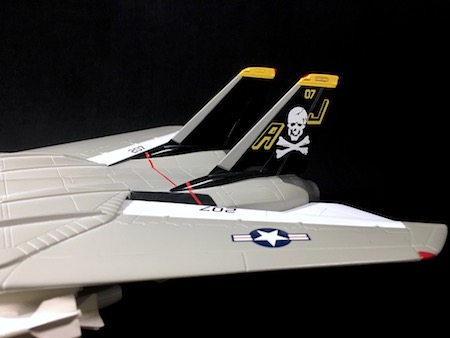 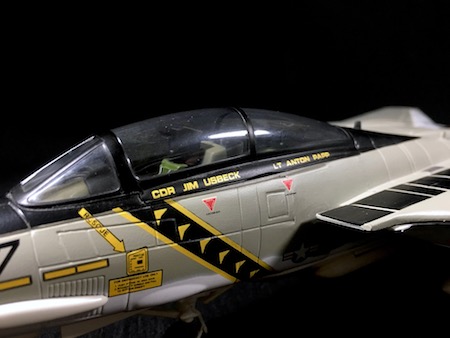 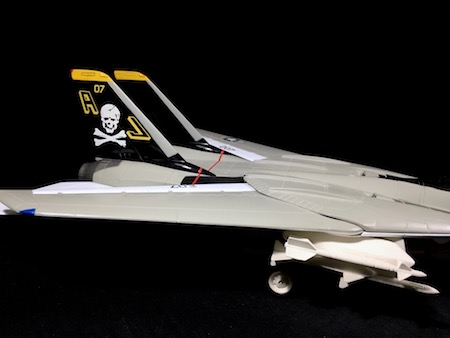 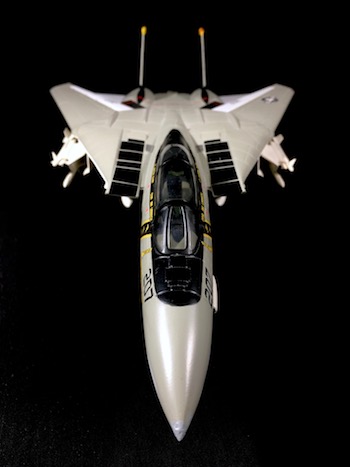 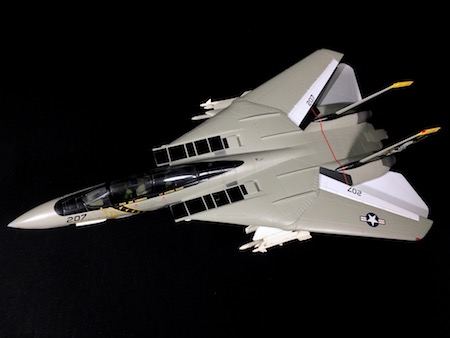 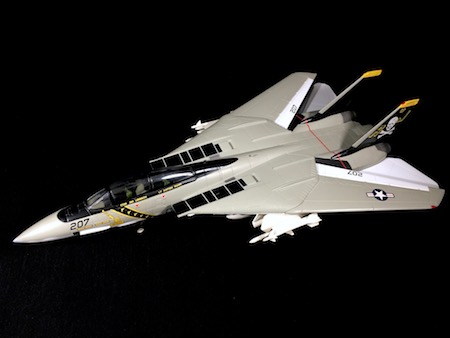 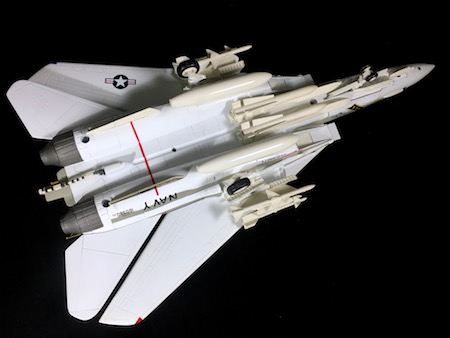 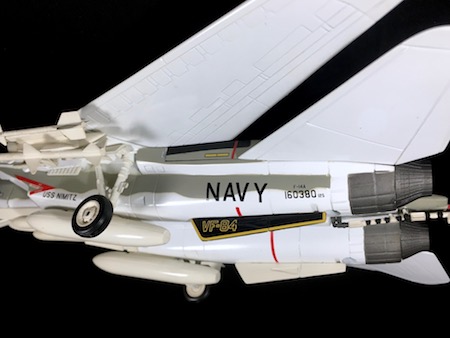 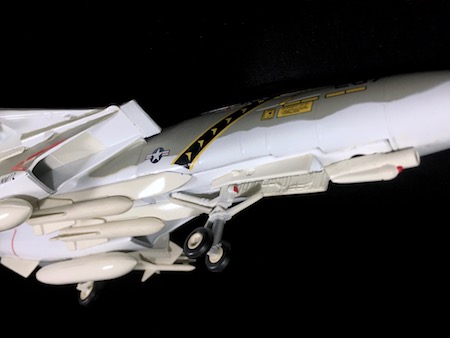 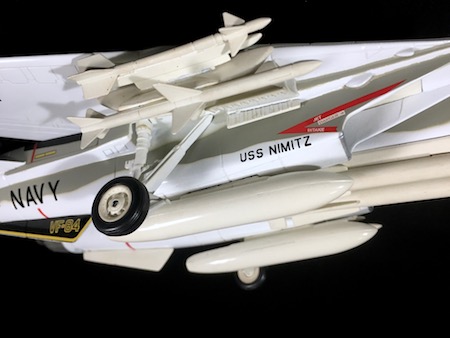 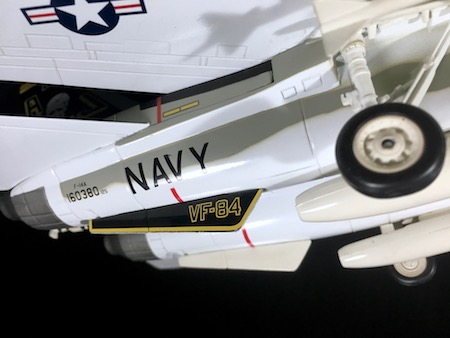 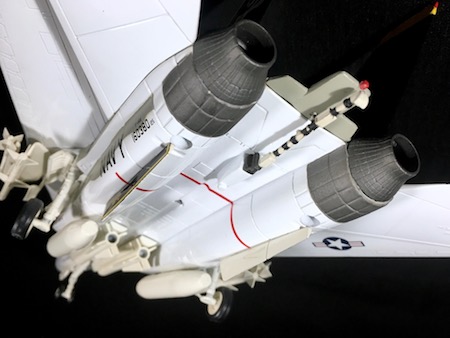 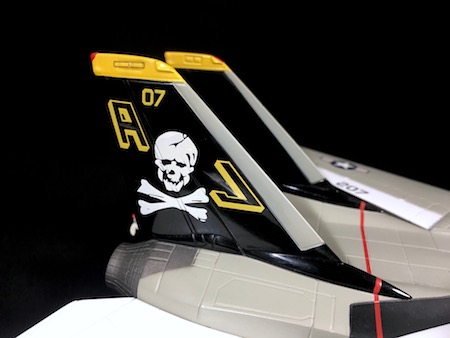 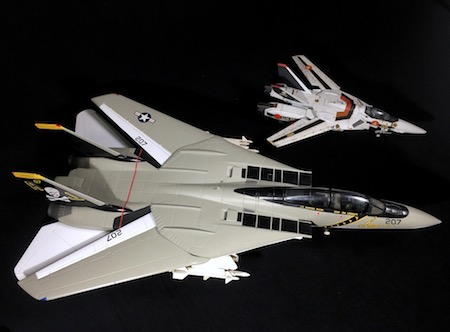 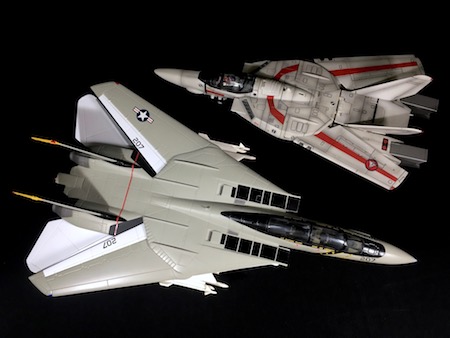 The F-14A Tomcat is certainly one of the most well known strike fighters of the US Navy. Equipped with highly advanced twin engines and variable sweep wings, the F-14A can fly at Mach 2.0. Armed with a variety of air-to-air missiles, laser guided bombs and special targeting systems, this aircraft becomes one of the deadliest strikers in the air.

Mint armour series are produced at a high level and a thoroughly realistic and historical Street has been reproduced. For collector obsessed with details only accurate markings and color, cockpit and armament and detail. Armour Series helicopters, jet planes, battleships joined truly is a treasure trove of unmatched by other military. Very large detailed jet that is no longer produced and difficult to find. This 1/48 scale F-14 Tomcat Jolly Roger Tomcat model is very large and heavy and would make an incredible collection. The wings of the plane can't be spread apart so this is quite a bit of letdown and there is no panel line. On the other hand I like the Jolly Rogers logo on the tail wings a lot.  I did video with 'Tom Gun' theme song.

I have blogged about my 1/72 scale F-14 Tomcat Jolly Rogers but never one as big as this. Can't really tell the actual size from the pics nevertheless, check the last 2 pics for a comparison with 1/72 VF-1A valkyrie. Even the 1/48 scale VF-1J valkyrie does come close in terms of the size. My piece could be even better if the seller had not broke the nose of the jet plane and was not honest enough to inform but only showed me when meet-up. I was probably too nice to reject the item but regretted after paying. Another painful lesson learned and it kind of repeat itself. Imperfect, but I did some cosmetic surgeries to the nose of the plane. What a nose job ^_^

It’s very disappointing to find that what you get through a deal doesn’t meet your expectations, specially when you paid good money for the item... I guess it was a deal through a virtual platform or an e-purchase and it’s always kind of risky, I have had bad experiences too and that’s why I always prefer to make my deals in person, but that’s not always possible... The model, on the other hand, looks neat and big, if it was made by the same american diecast brand I know as Franklin Mint (similar to Danbury Mint), well the attention to details and quality is what you should expect from the Premium category... I knew about Franklin Mint by their cars and trucks models in 1:24, which are superb and costly !!!... =D

>> Chirismandesign
Truly disappointing dealing indeed and such a pretty such a great model toy was not properly handled by the previous owner. That's unfair to the toy IMHO. I have accepted the flaw of the toy and hopefully I will one day find someone with the skill to restore its beauty.

Bro, you are too kind to accept the deal from the dishonest seller. You can reject or ask for discount from the seller. What a shameful person he is!!

It’s ok bro... I would consider myself as not an difficult person. Just wanted to complete the deal, good or bad. Just do want I can to restore the toy.