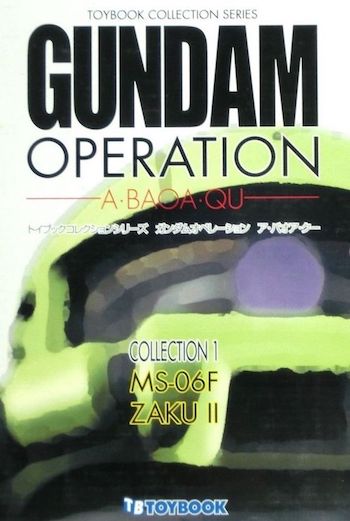 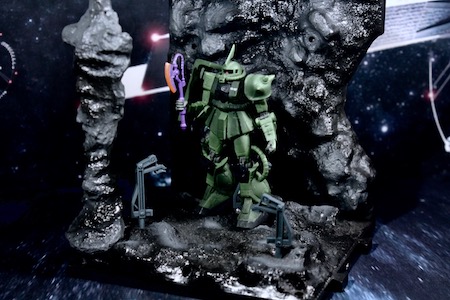 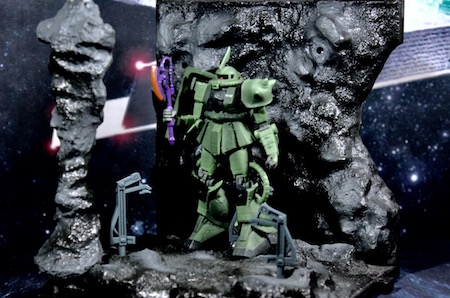 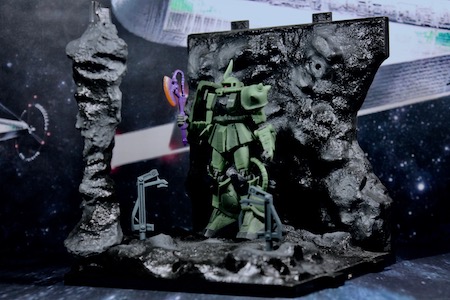 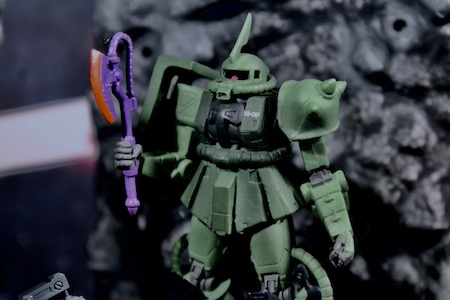 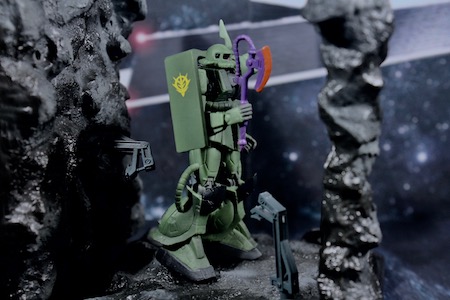 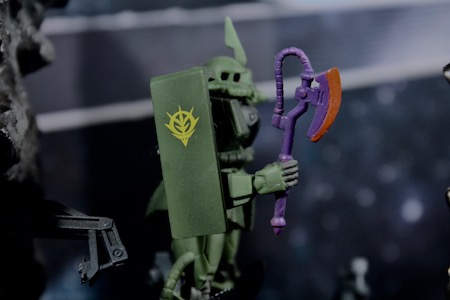 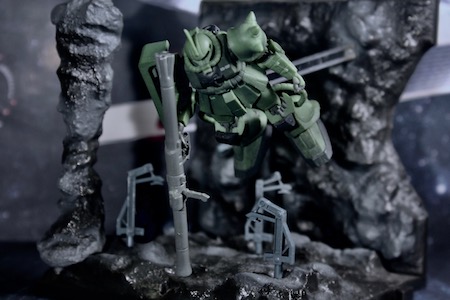 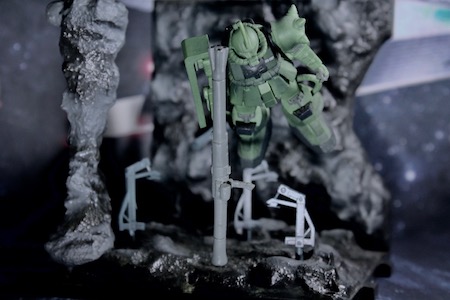 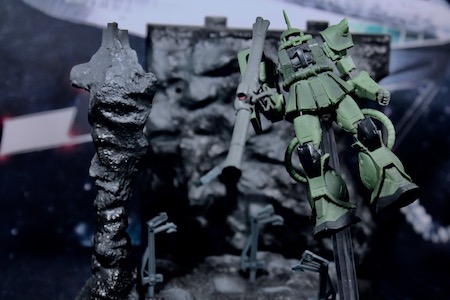 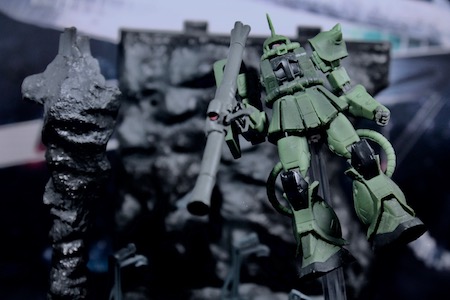 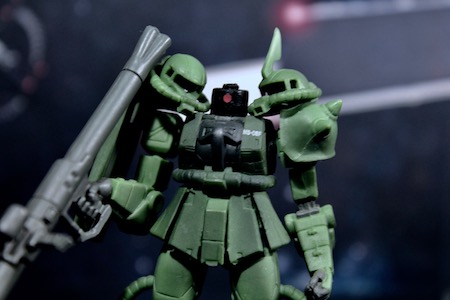 For Fans of Mobile Suit Gundam, up for auction is a unique collectible 'Toybook'. This unique Gundam Collectible includes an Action Figure, a Diorama Base, and a detailed Book. This is Collection 1:Volume 1 of the GUNDAM OPERATION Toybook Series and covers the climactic Last Battle of "A Abaoa Qu" from the original Universal Timeline (other volumes were released later). This volume includes a detailed mini 3 inch action figure of the Zeon's MS-06F Zaku II Mobile Suit and includes a nice painted diorama display base to place the figure on.

A 43 pages (pictures with text) book (mounted on the inside cover of the fold-out box) contains colour and black and white photos from the original series, detailed illustrations and tactical diagrams covering the last struggling battle of Zeon, defending A Baoa Qu. This is the limited volume of the "Gundam Operation A Baoa Qu Toybook" is printed in Japan for the Japanese audience so all text is in Kanji/Katakana.

The Zaku II Action figure is holding a Bazooka molded into its right hand but also includes an alternate right hand holding a 'Heat Hawk' Axe. An alternate Zaku normal soldier head or leader head with the center fin) is also included. The hype of the battle at A Baoa Qu is added with more drama, by diorama display base which IMHO is the best sell point.
at April 23, 2018

I agree with you Dennis. The figure with display base is definitely a plus point to the marketing strategy of the book :P

Yeah bro! I got this book very much for the diorama. Very useful for many photo shoots.

This article was written by a real thinking writer. I agree many of the with the solid points made by the writer. I’ll be back.
toy room athens