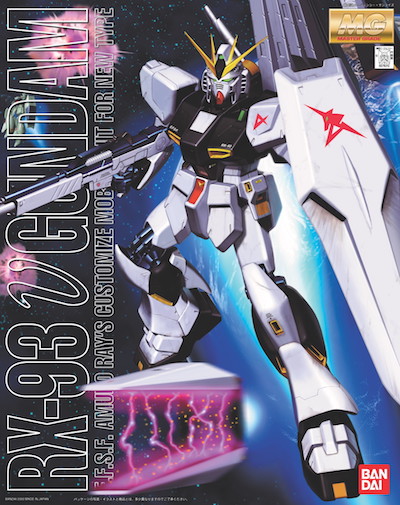 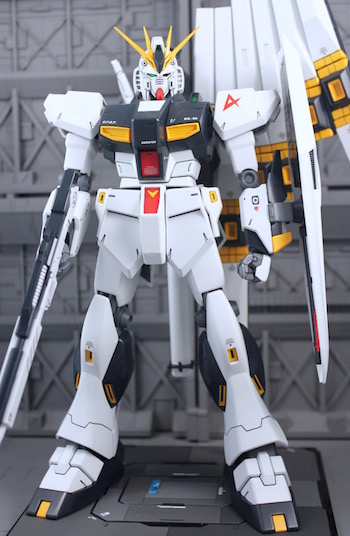 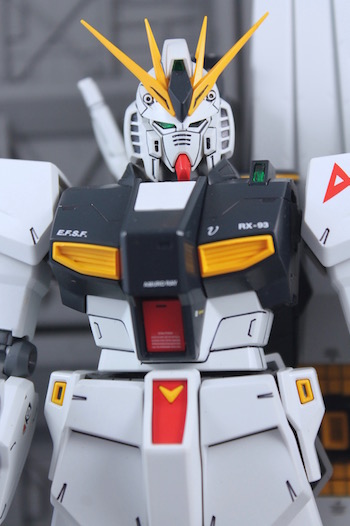 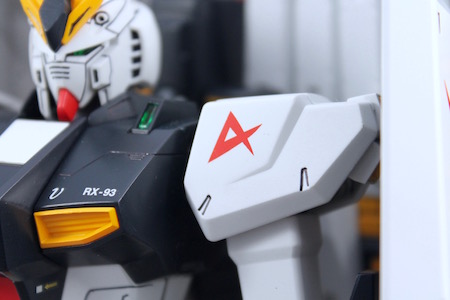 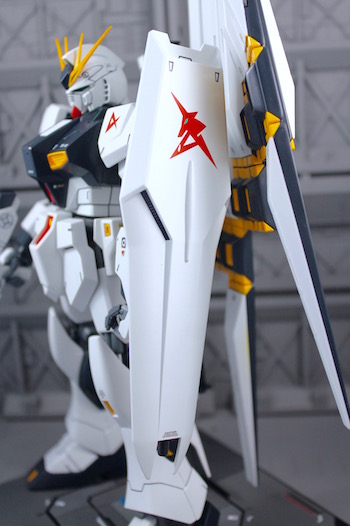 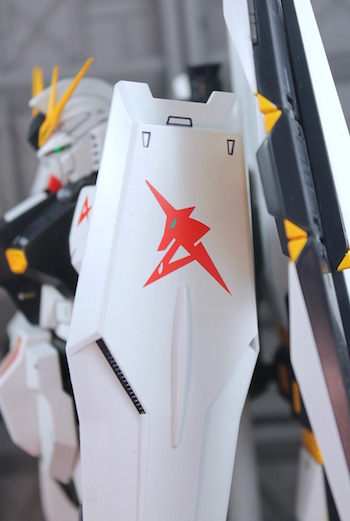 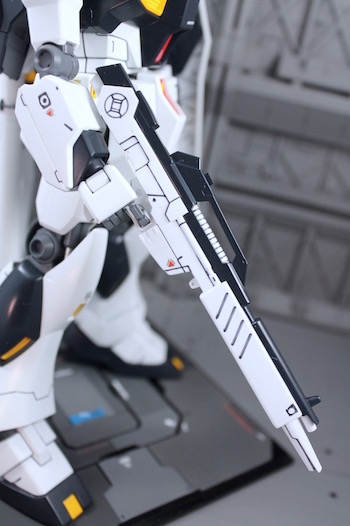 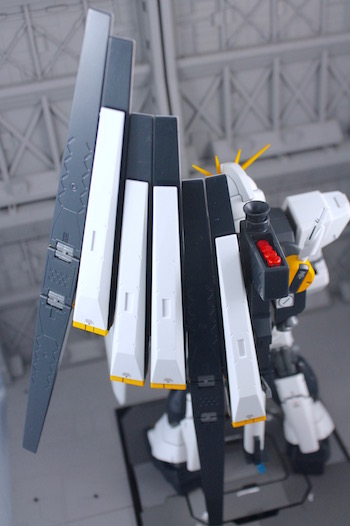 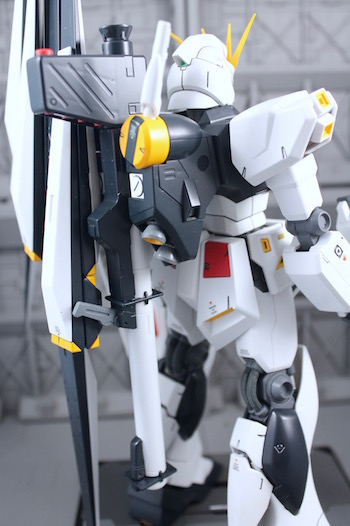 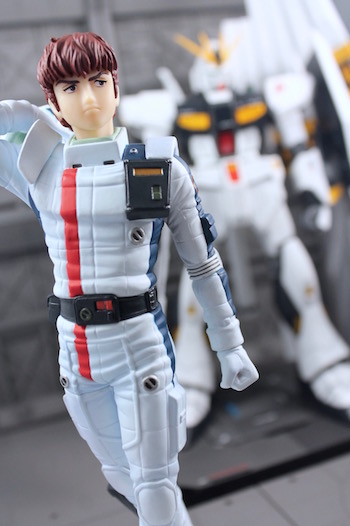 Famous as well as old-school and probably the last Gundam of 'White Devil' Amuro Ray unless Sunrise decided to rewrite 'Char's Counterattack'. One of the most advance MS on U.C 0093, concept and requested by Amuro Ray to face nemesis' MS Sazabi. Nu Gundam was incorporated with psycoframe technology unfortunately not elaborated in this kit unless you have the improved 'Kai' version which shows the psycoframe like Unicorn Gundam destory mode. Beside the basic gundam weapons such as vulcan guns, beam saber beam rifle and hyper bazooka.

Nu Gundam claimed the title to be the first Gundam-type machine to be equipped with fin funnels. Controlled only by new-type and in the OVA movie, amazingly used by Gundam Ace in both offensive and defensive maneuvers as cool as forming a beam force field with fin funnels. Those fin funnels mounted at the backpack also gave great height to the model kit. I'm not the builder of this gunpla nonetheless I loved the way it was assembled and all came fully done and painted. I'm thrilled by those Amuro Ray's insignia especially the main on the shield. Certainly one of the most iconic and best designed in Gundam history.
at December 25, 2016

All Gundams have light sabers. But they also have rifles and shields. Are light sabers only use for close battle and rifles use for long range attack?

Yup, beam saber are melee weapon and most of the time, the rifle would be been discarded or destroyed.

wow I envy you, you still have this fantastic kit.... Nu Gundam, I always like him!!!

>> David
Yeah bro! I'm always on a lookout for Amuro's unit, especially the more prominent or iconic iconic. Proud of a U.C fan ^_^