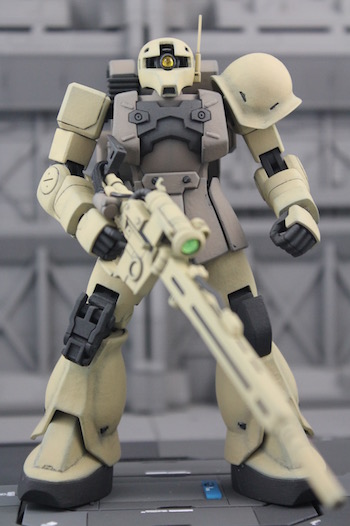 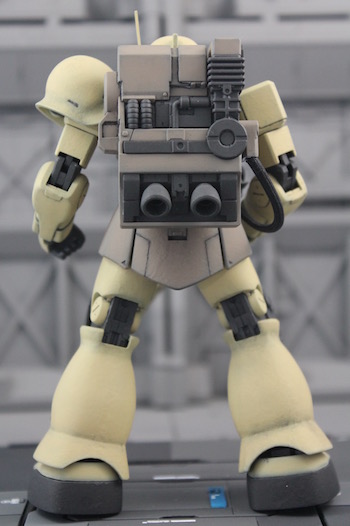 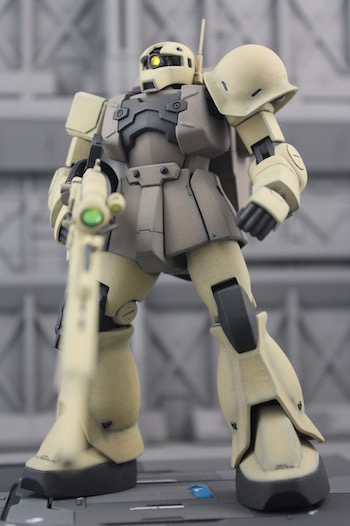 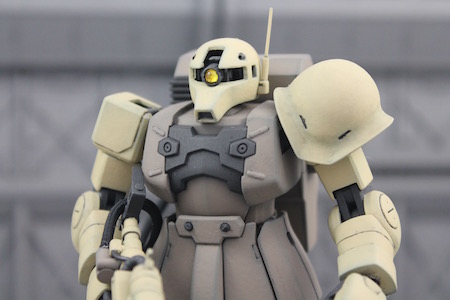 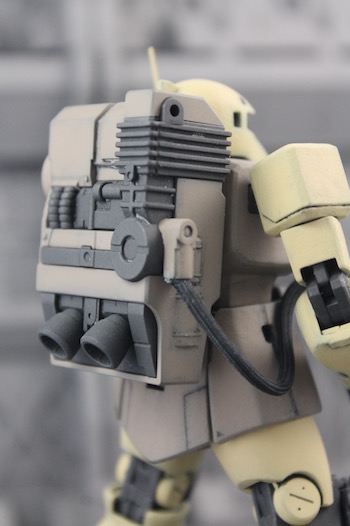 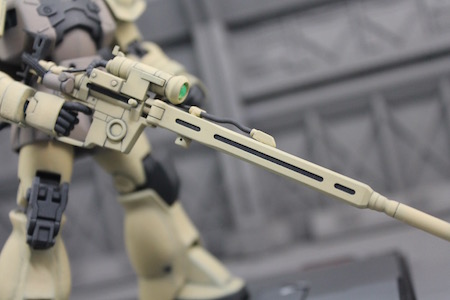 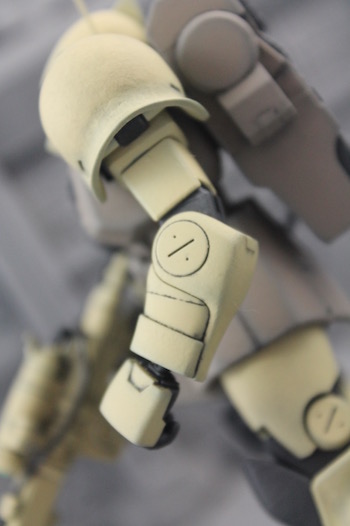 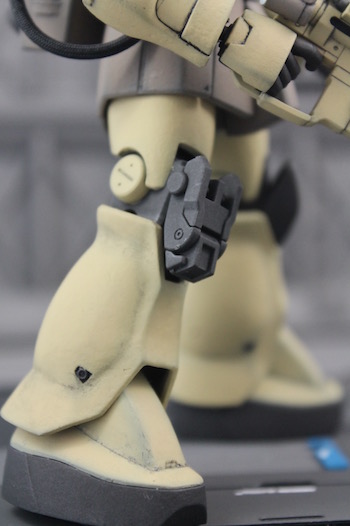 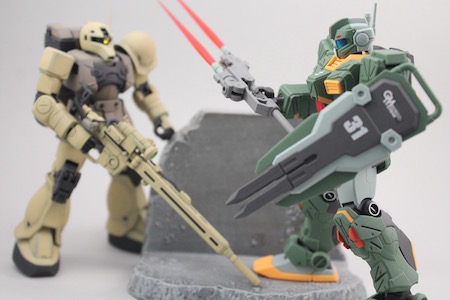 Originally, Zaku I Sniper Type was revealed from BANDAI NAMCO's game, "MS Gundam: Bonds of the Battlefield" arcade game. This Zeonic relic was later featured on "Gundam Unicorn" OVA used by Yonem Kirks. The head of of Zaku I had been modified to give more area of coverage to the mono-eye with T-shape visor and antenna on the side of the head for better communication. The kit came in desert colour scheme. This impressive kit is easy to assemble and looks great in the hands of Kenny Ang. Not to mentioned it was sanded, primed and fully painted.

It's right knee can be folded down when taking a sniper position, which goes around the awkwardness of most earlier HG kit in kneeing position. a nylon mesh cover and bendable wire are included for detailing and connecting the backpack to the sniper rifle, and there are clear plastic parts for the mono eye and scope lens. As you can see, the mono eye and scope lens had been replaced by convex stickers. Common treads of UC sniper MS with long rifle (MIP-X79-E0-type BSR - Beam Sniper Rifle) that taped energy from the bulk backpack via cable.
at February 28, 2016

The Sniper Zaku I is a pretty basic unit in terms of overall design, at least for my taste, but the work on the sniper rifle itself and the backpack is what really give it an undeniable charm to this guy... The desert color scheme is another good point and I like it more than the usual greenish or reddish Zakus...

It’s "kinda" weird that a tactical unit like a sniper, has appeared for the first time in a game, instead of in the anime series, when you know, at least based on the military films, that a sniper can make a lot of difference in a strategic attack with few units... =D

>> Chrismandesign
Yeah! It's a relevant colour scheme and the backpack and rifle are the selling points. I also just realized that this MS has an action figure released under Gundam Fix Figuration. Sniper MS affiliated to Zeon were less mentioned in Gundam series while E.F.S.F appeared in anime and games more often. It's probably the reason E.F.S.F eventually won the war.

As i am not a Gundam fan, the front square hole seems kind of missing part to the head.

>> Desmond
The space allowance is for the eye to move up to increase its range of sight. Hmmm... May looks a bit weird though.. Lolz