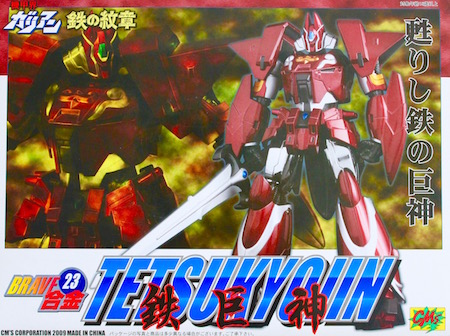 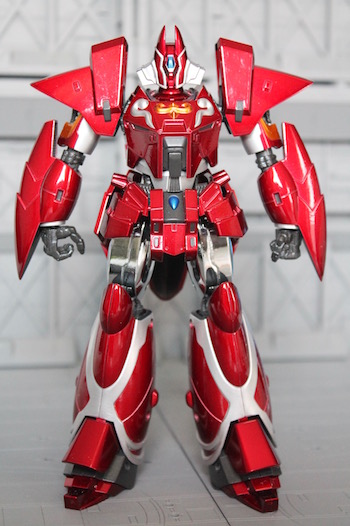 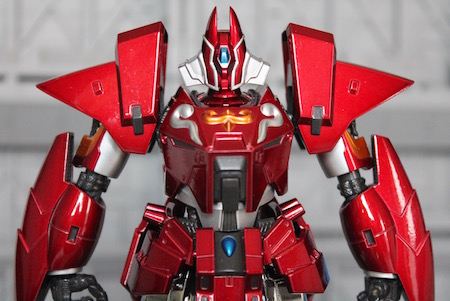 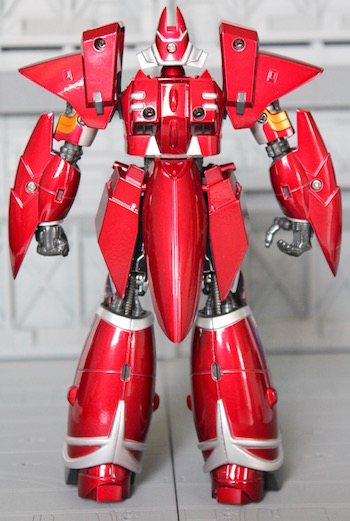 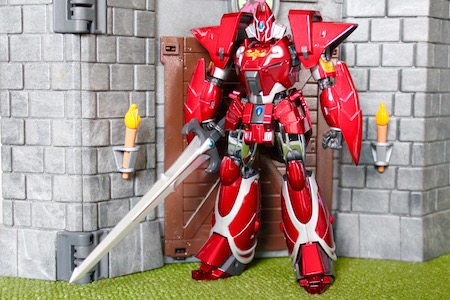 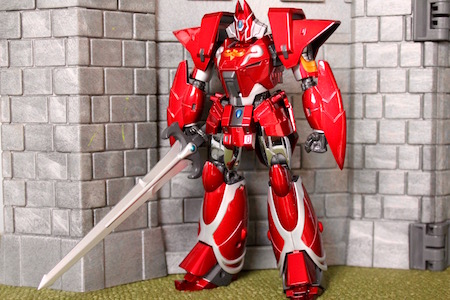 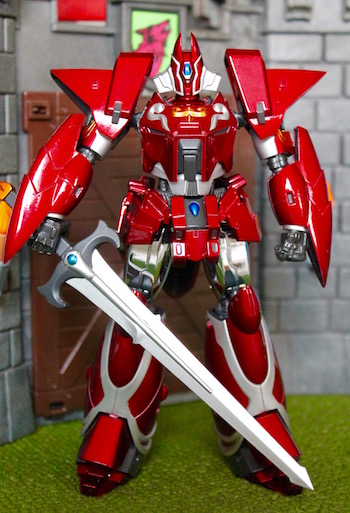 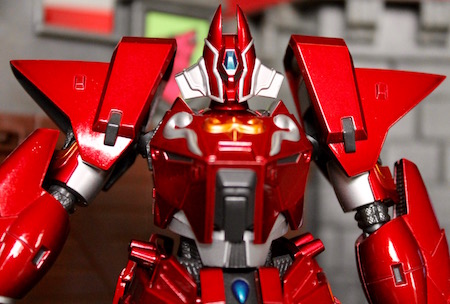 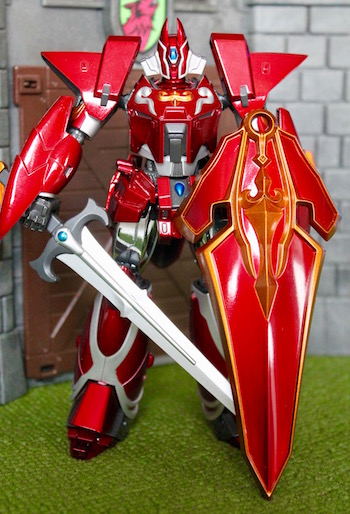 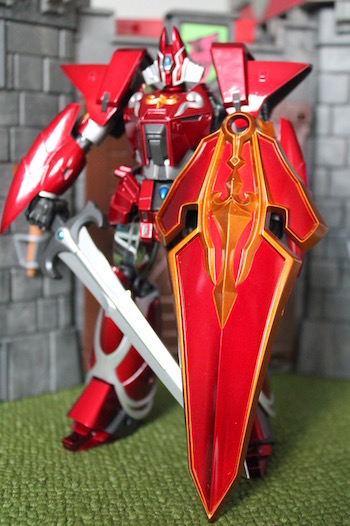 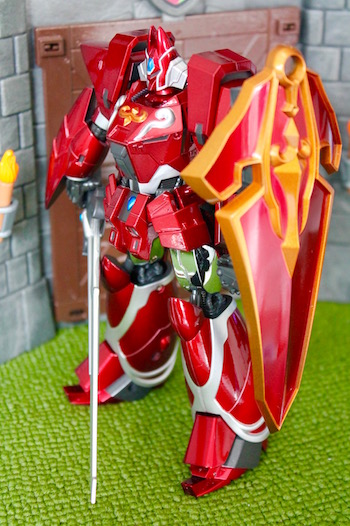 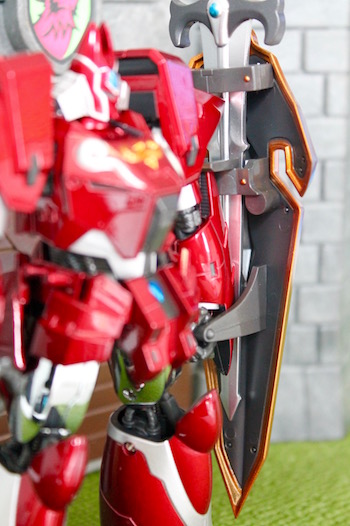 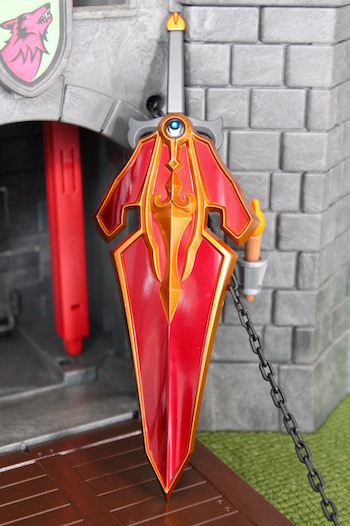 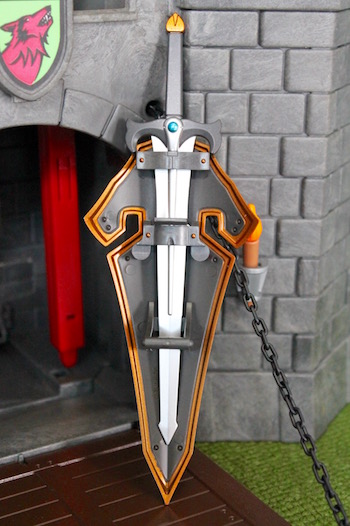 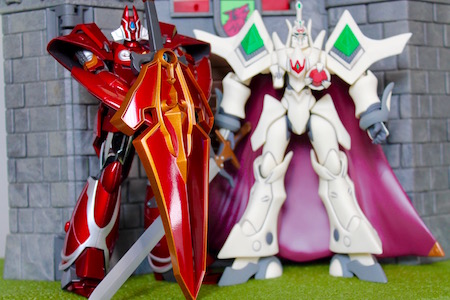 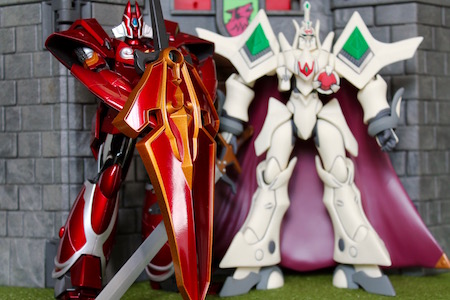 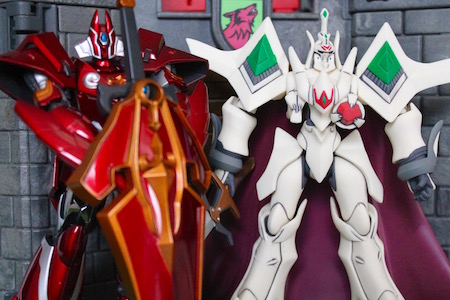 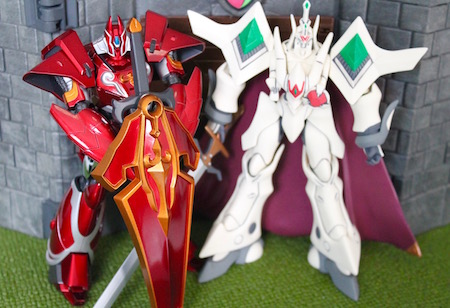 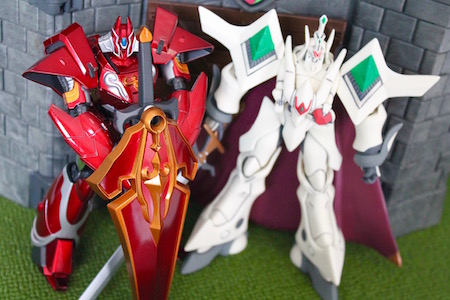 Panzer World Galient belonged to one of those pioneer mecha anime that tapped on the story of knight fantasy whereby civilization goes back to primitive after technology was lost and giant robots became ancient relic, mined for military used. Galient is the legendary giant robot aka 'Panzer' in this Sunrise anime. Surprisingly, Bandai didn't make figure of this classic robot where as companies like Kotobukiya (trading figure, Unifive (action figure), CMS (chogokin) and Wham! (high end figure) had taken interests in the anime merchandises. CMS had done an re-imagination of Galient, revamped to look more medieval.

There were two versions of CMS chogokins, one normal released with metallic paint coating and another limited edition released in original T.V anime series colour. I certainly preferred the metallic coating which I'm having. The details of the toy is amazing with nice curves on the armor and weapons. The toy feels very heavy and solid since CMS claimed that it comprised of 90% metal. Even the sword is die-cast. I must say hardly any chogokin toys come genuinely close to this amount of metal composite. Due to the bulk of the toy, the articulation was sacrificed. Accessories are simple for this box set. There's only optional hands, sword and shield. A really nice gimmick is that the sword can be slotted into the shield so the shield kind of act like a scabbard, holding the sword. There are also some round plastic parts where they are supposed to cover the holes to hide the screws.

I like the figures done by CMS. For this piece, I like the glossy finish red armour and its shining surface..very metallic feel :)

I had not heard about this anime series, but the character design is familiar for me and it reminds me the art of Mamoru Nagano, albeit less prolix and, in general terms, the anime style of the 80s (I have watched a few of them)...

Now, a figure in diecast is something in other level and the mecha design here is splendid !!!... As you, I prefer the metallic finishing version over the plain red featured in the anime... CM’s left a great legacy of collectibles and this mecha of yours is a nice sample of the work of this brand, those who own any of the items made by CM’s are fortunate for sure !!!... =D

>> Desmond
There were two version of it and I like the gloss finish as well. CMS really made cool toys and brought back this awesome mecha from the 80s. Very sad that dedicated toy company like CMS had wind down.

>> Chrismandesign
I don't think this is from the hands of Mamoru Nagano though Mr Mamoru's 'Five Star Stories' mecha were top notch.

Totally agreed with you on the legacy CMS left behind just like Takatoku. Salute to those companies that manufacture toys from fan or collectors' perspectives.

Not many believe it but this robot is actually the greatness symbol of Iran military.

>> David
Seriously, I didn't know it. It's really enlightening. ^_^