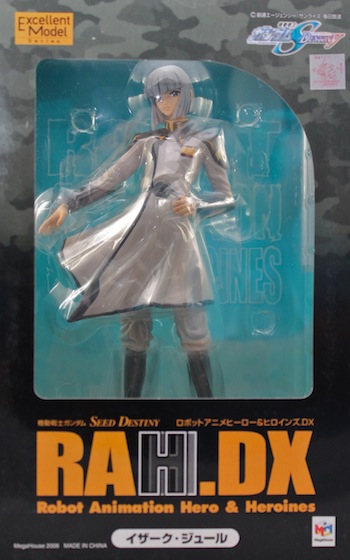 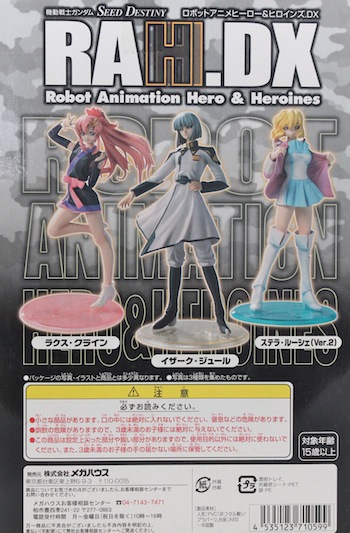 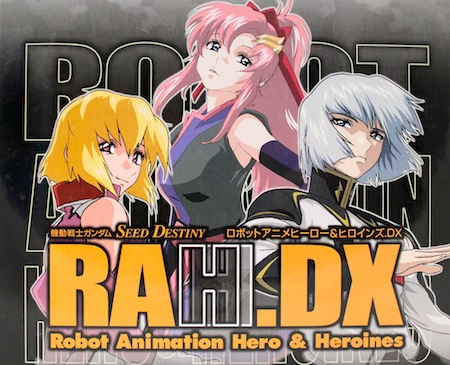 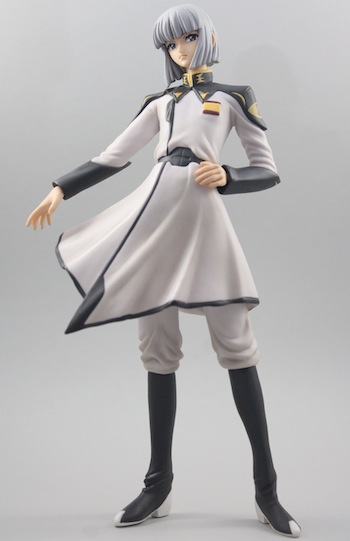 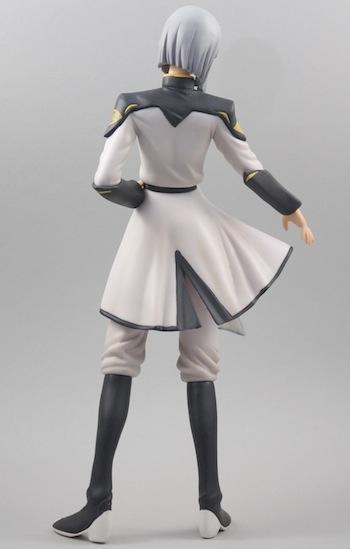 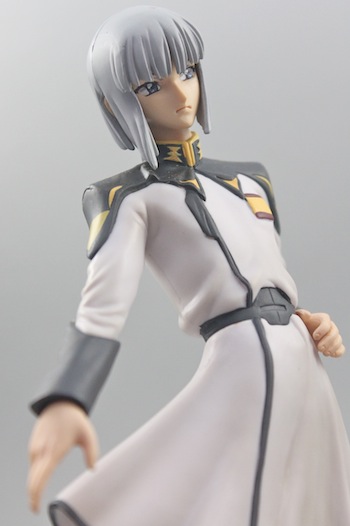 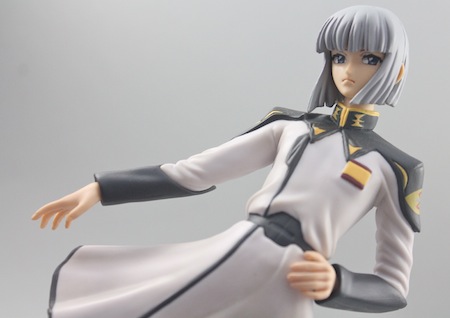 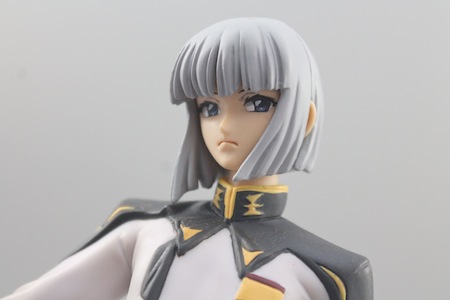 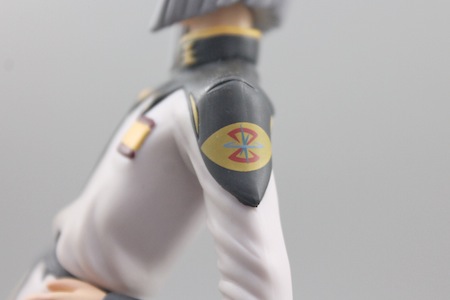 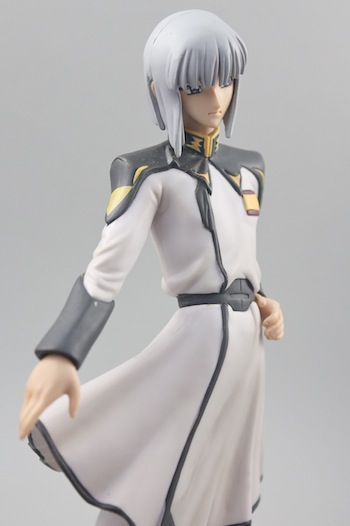 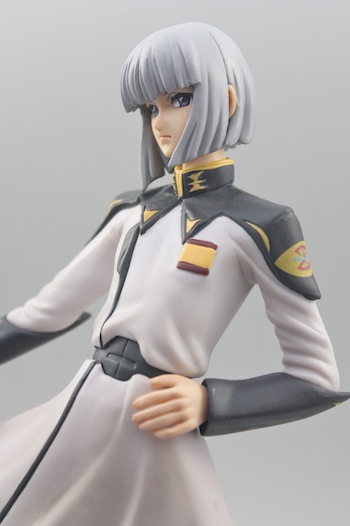 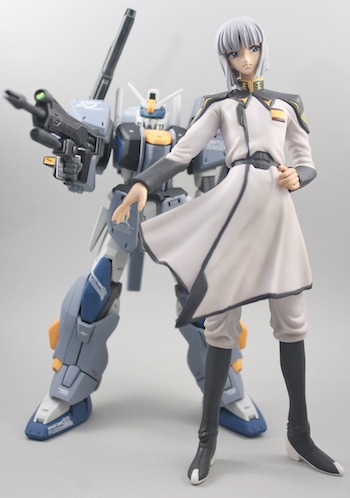 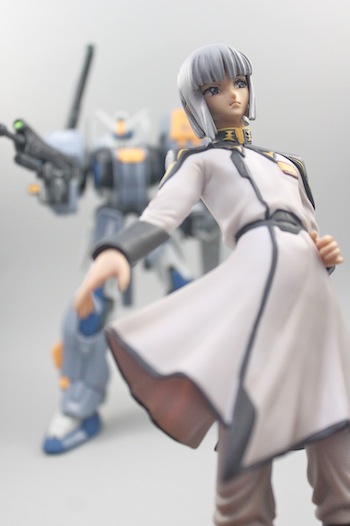 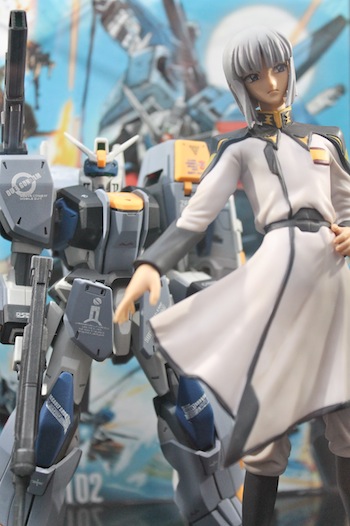 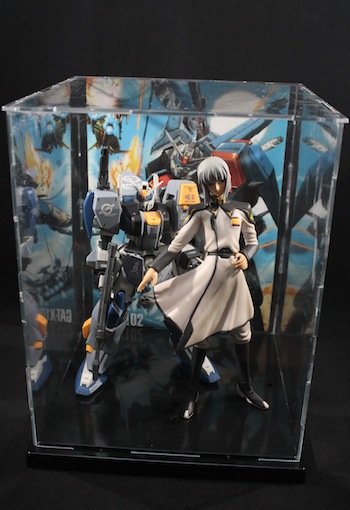 It has become a norm for me to have a figure of the pilot to my mecha figure as far as possible and got this Yzak Joule RAH (Robot Animation Hero and Heroines) DX Excellent Model Series even though Yzak always remains as an annoying character of Gundam Seed. Well, he did improved in Seed Destiny. Released by MegaHouse in 2006, this 9" figure scaled 1/8 came pre-painted and pre-assembled. All you need to do is to fixed the figure to the round clear plastic stand, by the way the figure is self-balanced and can hold up on its own.

A well confident depiction of Yzak Joule attired in his long ZAFT uniform coat billowing out dramatically and striking an authoritative pose. More like the pretty boy that hasn't been scarred and dented ego by Kira Yamato. It's also well painted with really sharp emblem of ZAFT on the uniform. I have placed both Yzak Joule RAH DX Figure and NG 1/100 Shoud Assault Duel Gundam in a display case with a printout ground back of the mecha.
at January 11, 2016

Well, this figure is bigger than the usual figures of pilots you have gotten until now... So much that is taller than the model kit of his mobile suit, it must be his ego-scale LOLOLOLOL !!!... These androgynous characters always produce me mixed feelings (and they seem to be quite popular in almost any anime series), but without knowing anything about him, I can bet that he’s unfriendly and conceited, the expression in the face of the figure says it all !!!... =)

>> Chrismandesign
Indeed, the figure seems a bit over sized which I would rather it be smaller than the 1/100 scale Gundam. I got it the last time as it was on sale and cost only $15 Singapore dollars. I would think is a good bargain for something from MegaHouse. Sculpt was really good as you could tell from the expression.

At first i thought it is Medicom's Real Action Heroes lineup since i didn't they do any figure for Gundam series but The Megahouse sculpt still looks decent nonetheless.

>> Yami
I think Medicom's Real Action Heroes did EVA figures and they were amazing and comes with a price. MegaHouse sculpt are pretty cool too. I'm quite pleased with this ^_^ Glad it caught yr attention too...

Is this a female figure?