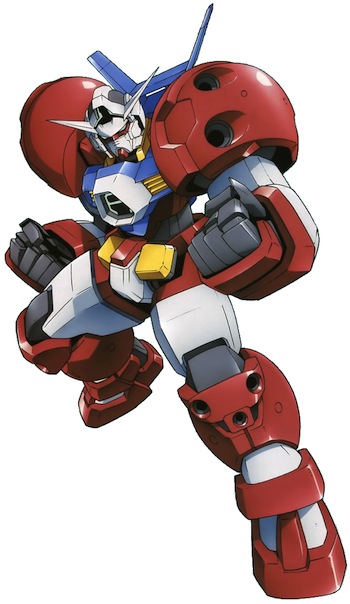 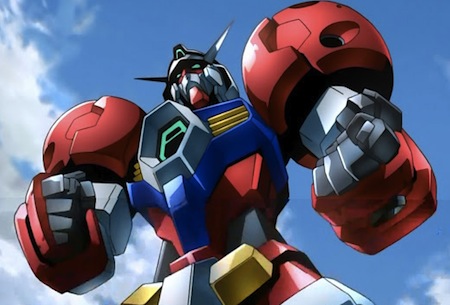 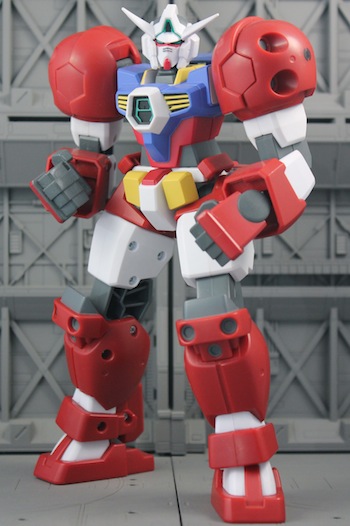 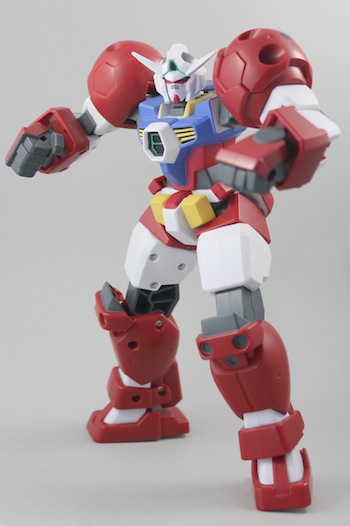 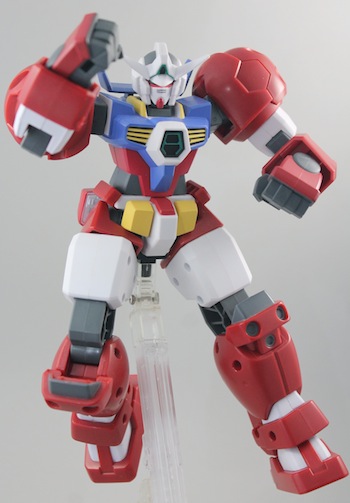 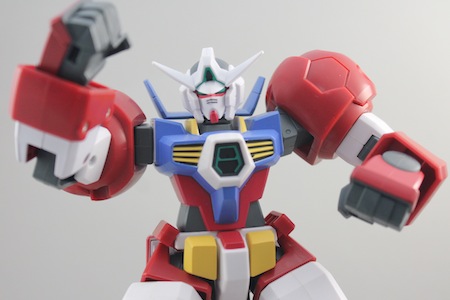 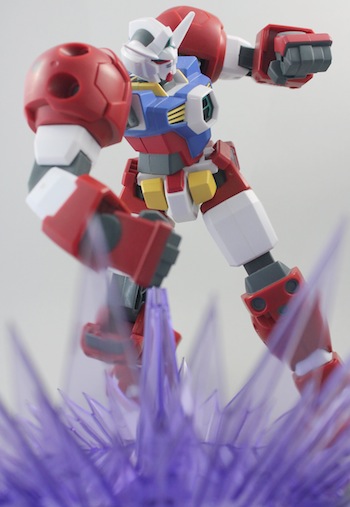 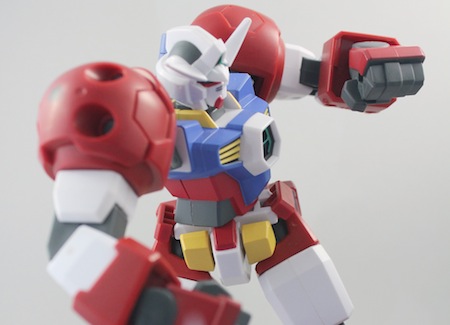 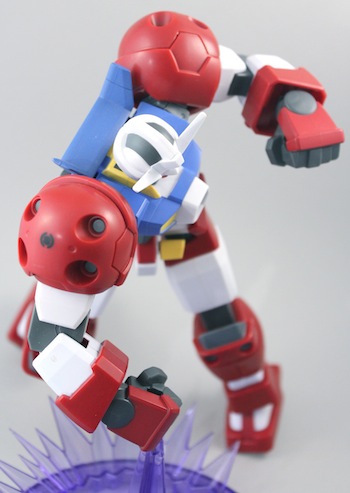 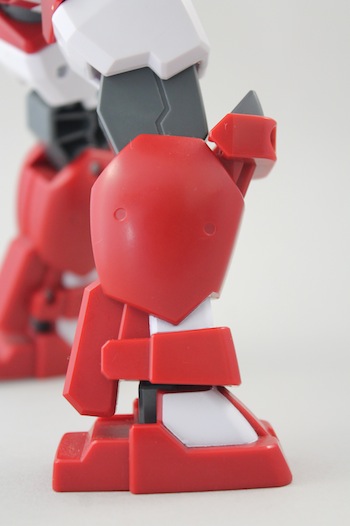 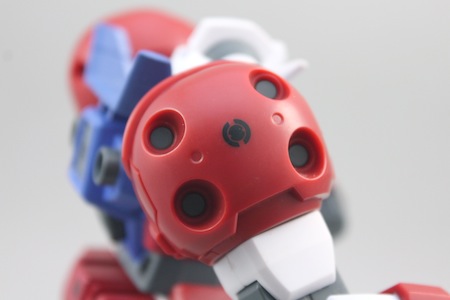 Just like what was shown on the anime, Gage-ing is able to recreate the scenes of modifying Gundam AGE-1 Normal to a more bare knuckle unit with cool attachments aka Titus G-Wear. In fact, the Gage-ing Builder Series Gundam AGE-1 Titus G-Wear came as 2 appendix sets, upper and lower limbs. Gundam AGE-1 Titus reminded me a lot of 'Maxter Gundam' from 'G Gundam', instead of boxer, Gundam AGE-1 Titus resemble more of close combat wrestler, hmm Street Fighter Zangief. Just that Gundam AGE-1 Titus is a lot more bulkier like the Hulk Buster version of Gundam. physical attacks. The Titus was developed to demonstrate overwhelming combat power that combines offense and defense. Those holes on the Titus G-Wear shoulders and knees are equipped with a number of beam blade emitters. The effect can't be shown here unless you get the MG Kit with effect parts. Drawback of this toy is again the obvious screws and no optional open-fist. It will look better with some panel lining.
at January 17, 2016

I developed a taste for the bulky mechas not so long ago, I remained strongly influenced several years by the mecha design proposed by Evangelion, more slender...

However, I remember other robust mechas like UFO Warrior Dai Apolon, Voltron, Steel Jeeg (Kotetsu Jeeg), Gaiking and obviously Mazinger Z, from my infancy, since those series were aired in the local TV channels a while ago and yep, those were chunky robots !!!...

For some reason, I feel that the shoulder armor parts, look like a soccer ball and I don’t like them that much, but the rest of the armor has a nice bulkiness and a simple color scheme that works fine for me !!!... =D

>> Chrismandesign
Thanx for sharing your deep knowledge on those giant robots from the 80s and it's cool that you still enjoy watching them a lot. Actually, I'm not big fan of Gundam Age and I picked this toy during my Japan trip as the price was a steal. The type of toy that I won't hesitate to open and play. It's pretty fun though. I wanted to give to my sons but they picked other MS from the same series because this dude doesn't have weapons. Kids! Lolz..

Yeah! First thing when come to my mind was Zangief.. Lolz

As simple as it is, I prefer Gundam Age series compared to the Gundam Reconguista in G. Gundam Age characters appearance feels more "natural" and something that I can relate to easily but the characters appearance (or design) in Reconguista is awfully feel too childish. As for the Mobile Suits, I think all the Gundams in Age are simple and I like the fact that for each version they are actually represent the reincarnation of the previous original Gundam series - from the proto RX-78-2 and all the way to ZZ Gundam, it's like watching those 3 series combined together. This Titus is decent but it would be nice if it comes with a more feminine color scheme.... like pink... LOL LOL LOL

>> David
I managed to finish Gundam Age and I find the anime improved every episodes. Unfortunately, I wouldn't bear to continue watching G Reconguista after episode 6. I see a blink of hopelessness in the end of U.C. Pardon me ... Like you had mentioned, it's indeed cool to see Gundam Age repackaging the idea of RX-78 to ZZ Gundam through the three generations struggle.

Ps : I can't imagine this macho Gundam going pinky. Are we back to retro Gundam G .. Lolz