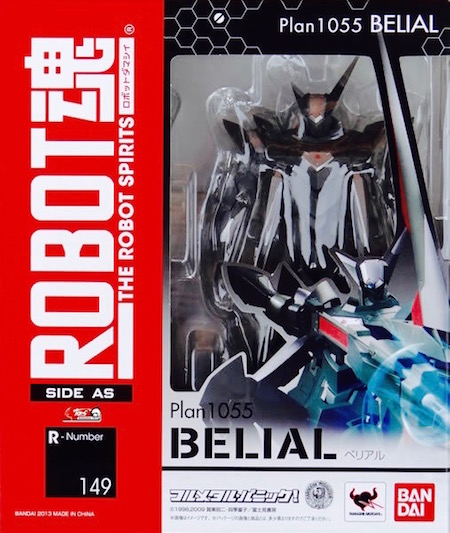 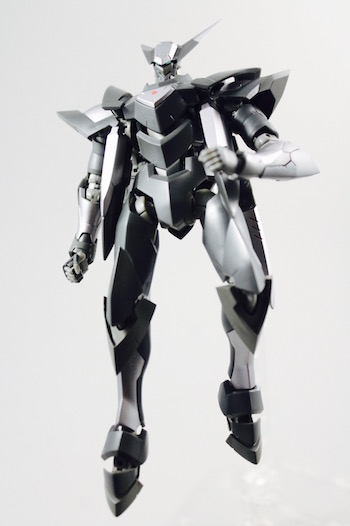 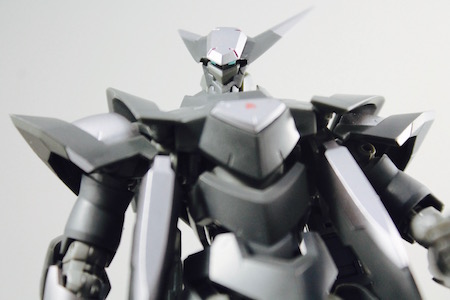 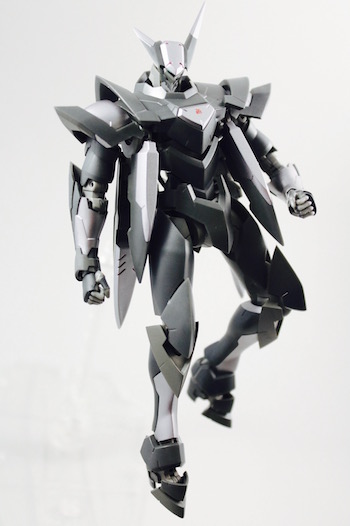 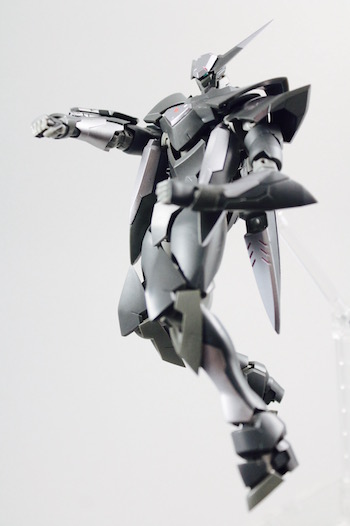 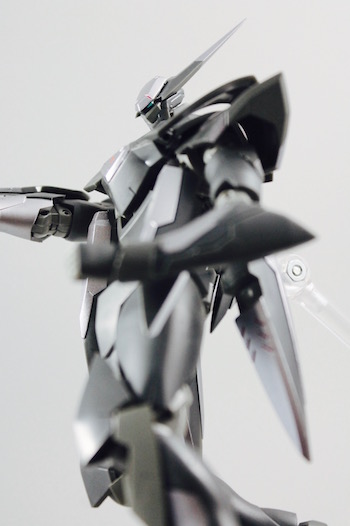 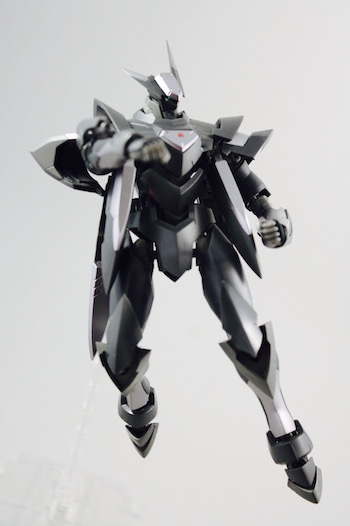 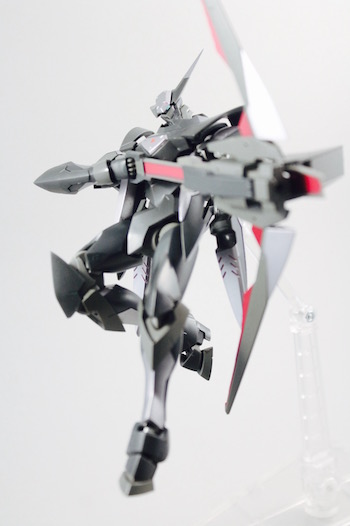 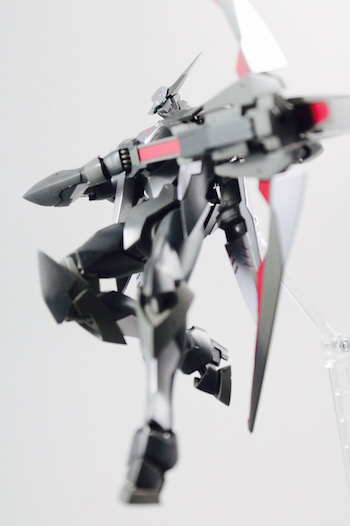 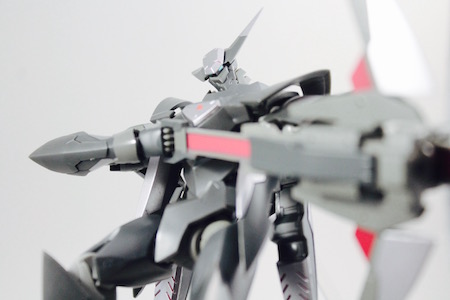 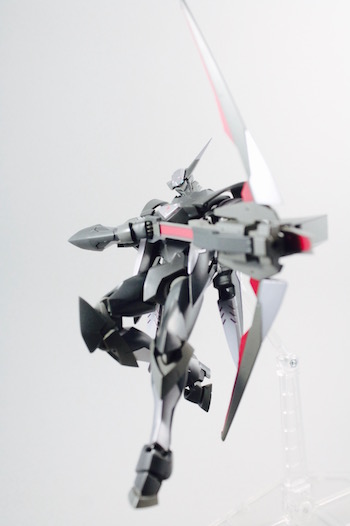 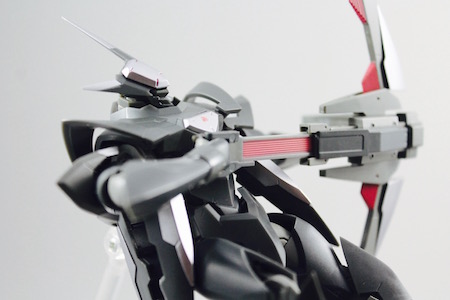 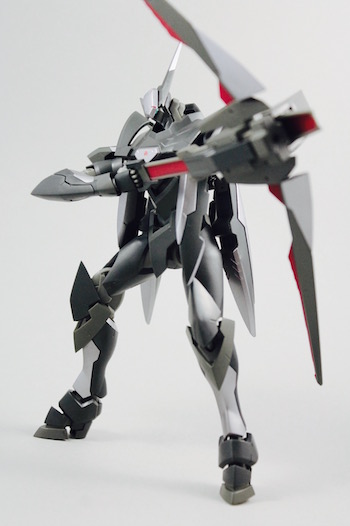 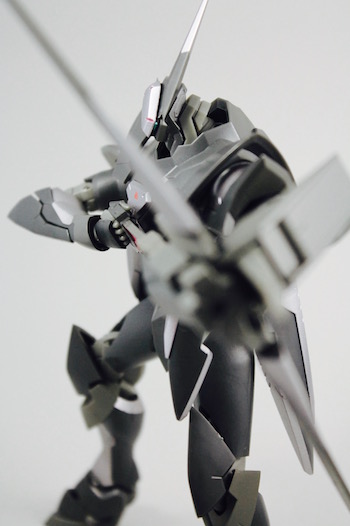 Seriously, I'm all familiar with Plan 1055 Belial, though its from "Full Metal Panic!". One thing I'm sure its definitely not in the anime. I must admit that its a really sexy Arm Slave(AS). The Plan-1055 Belial is one of the worlds first 4th-generation Arm Slaves. It is Leonard's personal AS, and he uses it to destroy the ARX-7 Arbalest. It has a really sleek design and can be posed gorgeously with a bow weapon. I would assume that its designed for long-range attack. At close-up, it has a 40mm vulcan which is an interchangeable part.

Somehow, I can't help relating the mecha design with the black version Bunny Suit from the anime "Tiger & Bunny" though they are never related. The toy has a nice chrome silver paint and some gun metal shades. Great articulation from Robot Spirits, just be mindful with the shoulder armorer as it popped off a couple of times when I moved the arms. I don't think the figure hold up very well as its like standing on high heels. Nonetheless, the toy come with a clear stand which helped a lot in posing it.

It’s been a while since I saw something of Full Metal Panic! so, I can’t remember it very well, but the mecha design is remarkable, kinda humanoid, almost like it were an armor... Sharp and geometric panels overlapping in several levels, create a sense of depth in the design and it doesn’t look bulky, rather balanced and very dynamic... The color schemes in shades of grey and silver finishing gave this AS a mysterious and wicked aura... I’m not familiarized with The Robot Spirits line, but looking at this rendition, I can say it’s a very good option indeed !!!... =D

The figure looks great and I love its unique designed bow..

>> Chrismandesign
The mecha came unknown to me at first and yeah, I do like the sleek design, very humanoid and an unique choice of weapon. The colour scheme does emit that dark aura and very unexpected of Bandai to include this mecha in their line of Robot Damashii.

>> Stanley
Thanx for passing over the toy for this review. Enjoyable action figure to play with.

The silver color scheme is decent.... but I personally would prefer a more feminine color scheme like pink perhaps....

>> David
You sure like pink a lot pal ^_^ with pink and white, it will really look like "Tiger & Bunny"