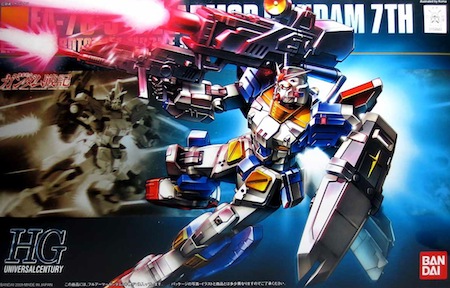 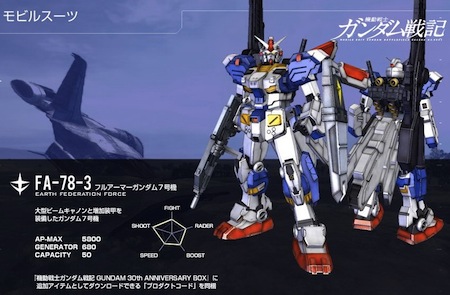 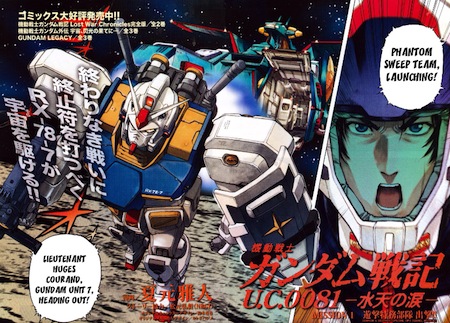 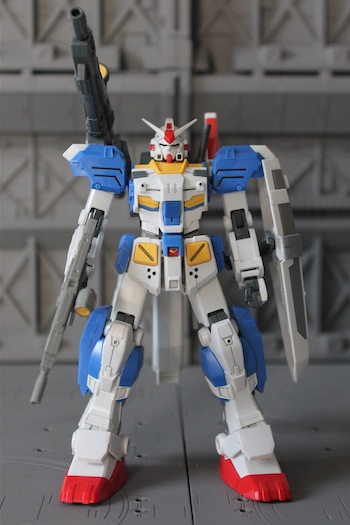 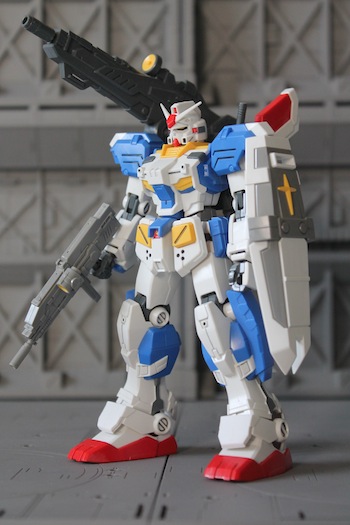 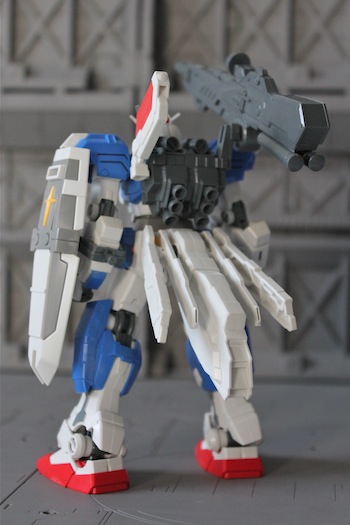 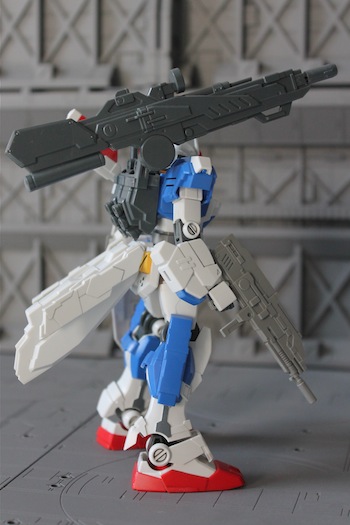 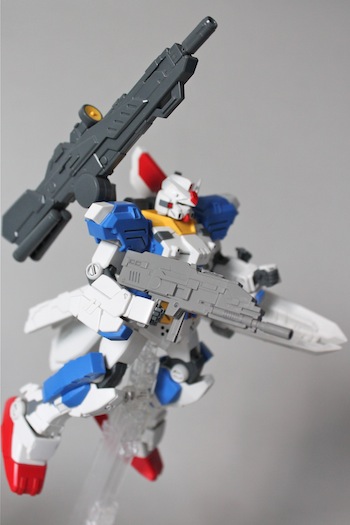 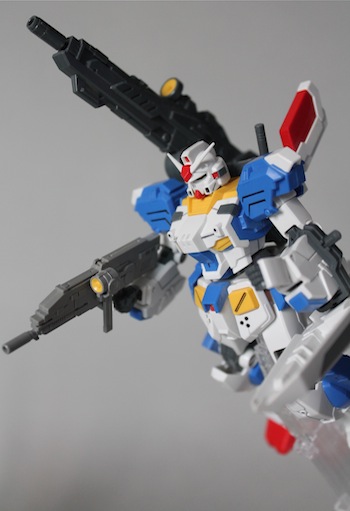 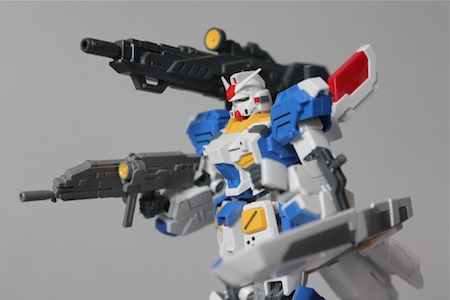 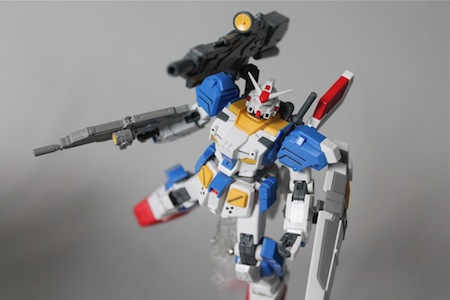 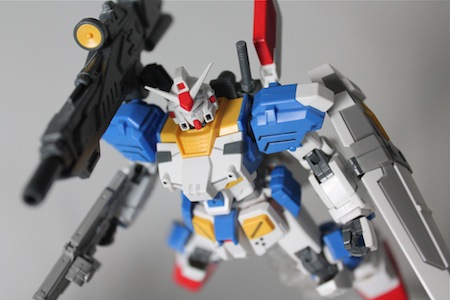 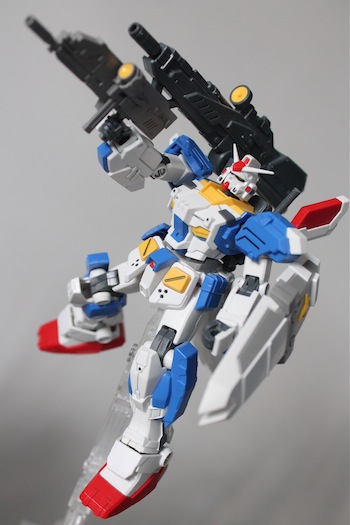 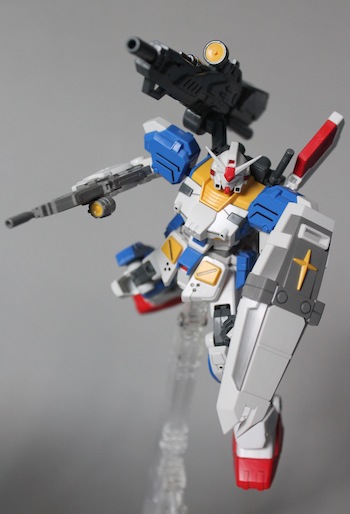 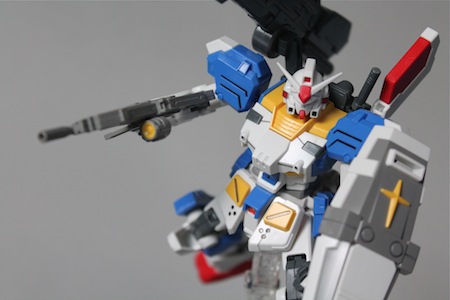 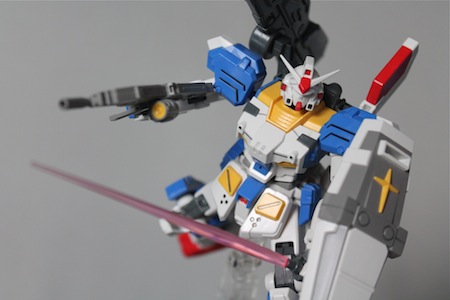 Shall skip the log of gundam develop to the number 7th in FA (Full Armour). The FA-78-3 Full Armor 7th Gundam was first introduced in a manga by Kunio Okawara, as side story after the OYW titled 'Missing Mobile Suit Variations'. Gundam fans were later more familiar to the said Gundam after it was included as a playable mecha in the video game Mobile Suit Gundam: Battlefield Record U.C. 0081. The PS3 game is better known as 機動戦士ガンダム戦記 U.C.0081, Kidou Senshi Gundam Senki U.C. 0081 where 7th Gundam had its treated of slight redesigned and packaging.

Very thoughtful of Bandai to add this MSV to their list of HGUC. We could tell this is an armament packed Gundam from those oversized beam weapons both mounted and handled. Not mentioned the missiles pod that was not part of the gimmick in this Gunpla version. Checking the rear of the Gundam, you would see 6 thrusters for the speed  and lotz of balancers for this heavy MS. Beside the protection that was already provided by the full armoured plates, the thick shield with enforced material made it a mobile fortress. For a HGUC the mold is pretty sharp and detailed. It was a pleasure posing this Gunpla for photo shoot as it was highly poseable with multiple poly-capped joints.
at October 14, 2014

this mecha design definitely takes the classic RX-78 to the next level !!!... being a side story of the OYW (which, as far as i know, sets the background for the Mobile Suit Gundam story) is a kinda old series and for that very reason, i think this FA-78-3 is a tremendous upgrade !!!... fabulous color scheme, great weapons, extra armor and extra maneuverability with the additional thrusters and since is an HGUC kit, the improved level of detail and posability, make it a wonderful item for your collection, for sure !!!... =)

Yeah! You are so right about it pal. Gundam 7th is a well balanced MS between protection and firepower. Yet, it's able to stay faithful to the design of the origin Gundam. The UC timeline provided to great platform for expansion to the rich storyline of the OYW.

Not bad, the Gundam can stand even carries a big gun at the shoulder..