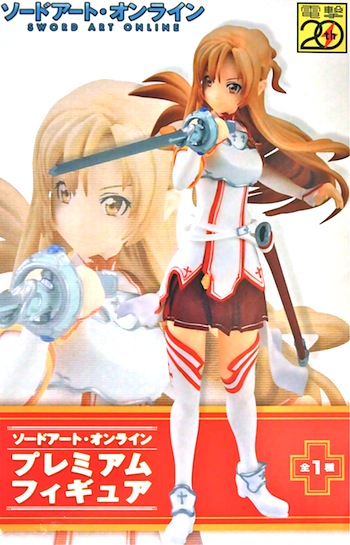 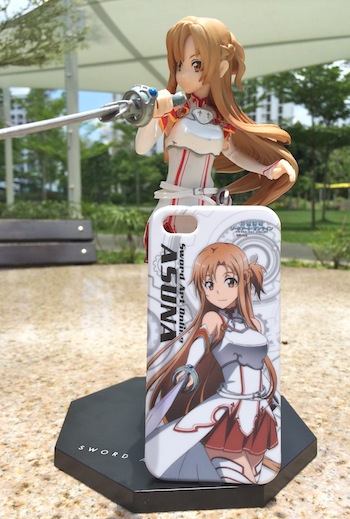 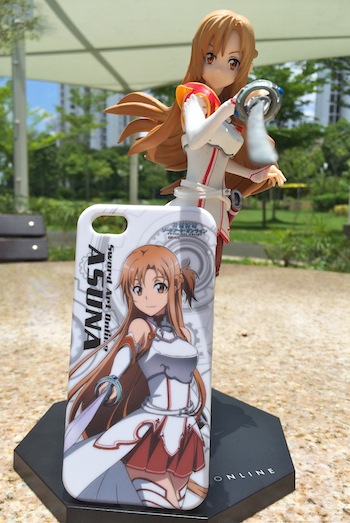 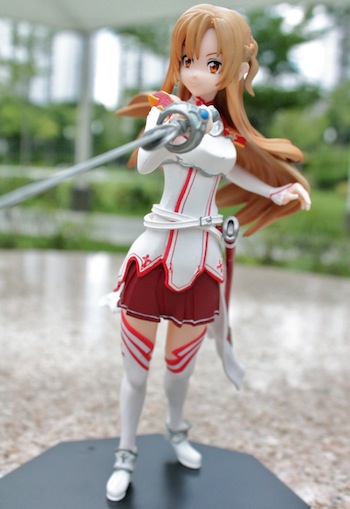 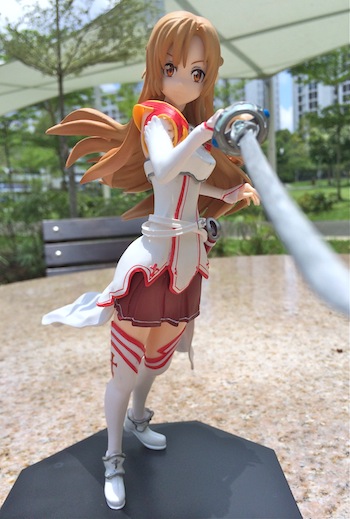 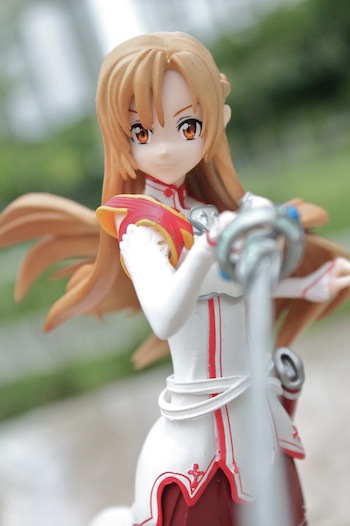 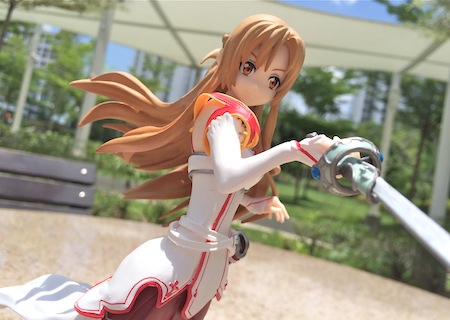 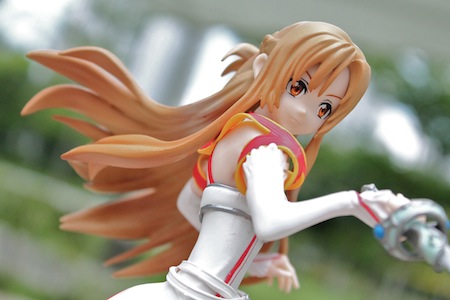 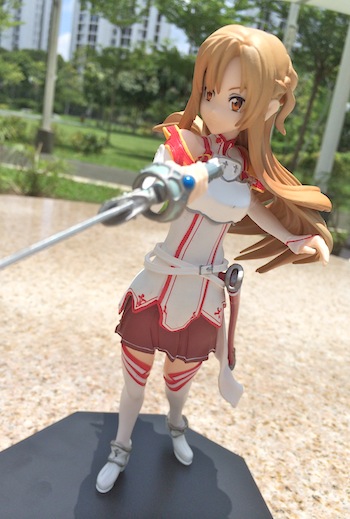 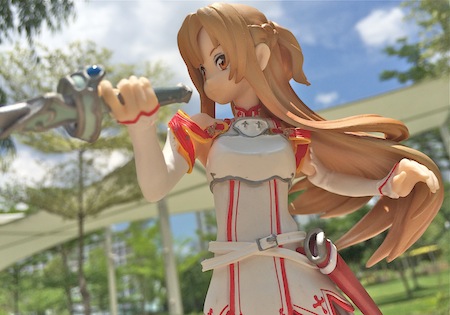 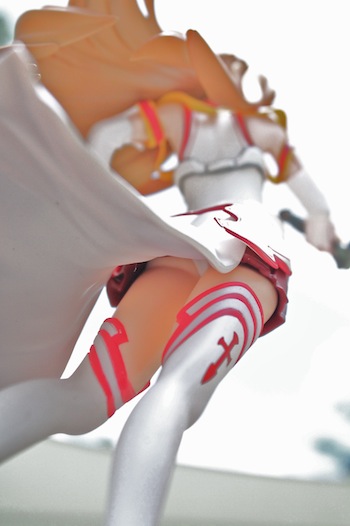 Here's an awesome 8.5" figure of Asuna Yuuki which I had bought in Japan when back then, there were SAO figures available unlike now. Toy manufacturers are now aware of SAO's potential so figure of SAO II were already available or under pre-order list as soon as the anime was released. Well, my heart is still in Aincrad where Asuna's image of Lighting Flash remains vivid. Ok, back to this figure, it was released by SEGA as prize item for UFO catcher. It come in a plastic insert with pretty thin cardboard box. Asuna in her ready stunt with sword pulled out. The figure is practically screwed to the stand base and blade of the sword is to be inserted. The most painful saga to me was to lose the blade, opened my luggage to find it missing : ( So the blade u saw in the pics is a replacement from another toy. Anyway, this figure was reissued again and I got another for a fresh start : )

I like the size of the figure, unfortunately, due to the leaning pose and weight, the figure tends to lean more forward as time passed. The head sculpt resemble well to the character, however another short coming is the poor paint job. A small portion of white paint on her chest plate kind of chipped off. There are also traces of pinkish stains smudges at some boundaries of red and white painted areas. The Asuna Yuuki hand phone cover for iPhone 5 was a nice found from Otaku House and since SAO the few anime my wifee and I watched together. Wifee likes Asuna as much as I do. Some little gifts given between couple from time to time can take marriage to a long way.
at October 10, 2014

uhmmm... until now, this Sword Art Online series has not reached this shore, i guess only hardcore fans have tasted this anime (i’m not that hardcore... yet HEHE)...

the promotional items, like this one, are a very welcome plus among the collectors and a great addition to videogames, DVDs, special boxsets and stuff like that, but many of them have some issues with quality either in the sculpt, paint job, accessories, etc... i think that the inconsistencies you mentioned, could be overcome by the fine head sculpt and the nice paint job in the face of Asuna !!! =)

SAO will continue with more Ark now that there had been much continuation to the light novels. Just like Fate/Stay Night have more stuff and merchandises from art book, games, Blu Ray and lots more. I wasn't bothered by those minor flaws. I was damn happy at that time when I first got my hands on an Asuna figure. It was some few figures of Asuna back then and till now that precious moment stayed vivid in my heart.

Glad to hear you like the figure you are holding till now..

Loving it and yeah! A collector finds it hard to for go his treasures. Lol