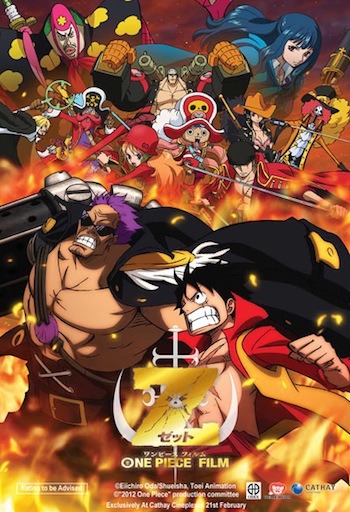 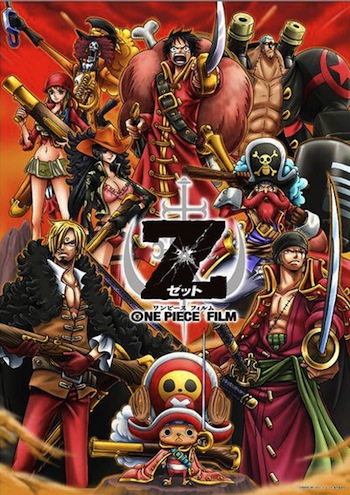 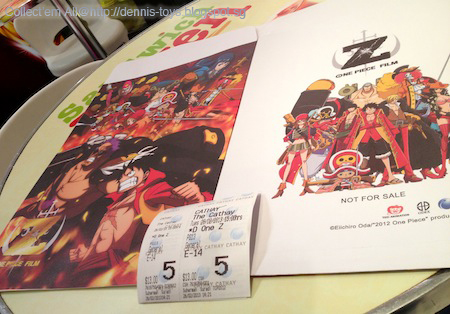 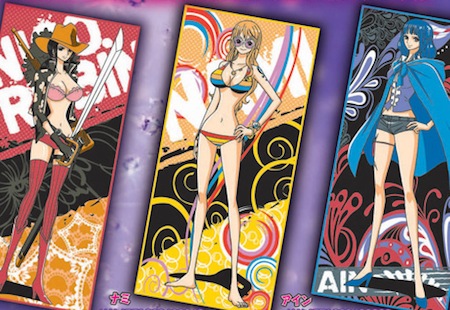 A new line up would be Ain from Neo Marines


I'm not a follower of 'One Piece' and it seems a bit late to start since I don't really have enough time to catch up on sooo... many episodes (More than 400+ episodes as of now, I think). Then again, I always enjoy watching anime on big screen so that's why I watched this movie a couple of days back with my friends (Guy 'A' and Eric). I first got to know the screening when I chanced upon the promotional poster at bus-stop and it's super cool that Cathay took this film for screening in Singapore.

It should be a sound decision by Cathay as I noticed there's a strong 'One Piece' fan-based locally. If you a true fan here, go support the movie as watching anime @ cinema is truly delight-able experience. Since the movie is exclusively screened in Singapore the pricing is a bit more like S$13/- for a weekday showtime.

In my opinion, the movie is exciting, well-drawn, packed with actions and well-paced. You would be able to understand the story even if you have not come into contact with 'One Piece' before. Anyway, I have Eric with me and this 'One Piece' manga and anime guru definitely has the answers to my queries.

Synopsis
Said to be comparable to the Ancient Weapons, the Marines' trump card the "Dyna Stone" has suddenly been stolen and the terrifyingly powerful man responsible, former Marine Admiral "Z", stands in the path of the Straw Hat Pirates. The Marine HQ finally moves forward to deal with the conspiracy that threatens to shake the very pillars of the New World. Elsewhere, Kuzan pursues the Straw Hat Pirates. Finally, Luffy and his crew move to take a stand against Z and his incredible power.
at March 01, 2013

We love One Piece in our family and my son has just watched the first couple seasons of the anime. It is a great manga/anime and REALLY wish I could see that Movie!

Although Im not a great One Piece fan, watching this movie, with its high production values, slick animation and good storyline on the big screen was definitely a treat. No pre-understanding of the anime series is necessary and I enjoyed this film immensely.

>> bluedrakon
I always envy you, having a family sharing the same interests. I must admit that 'One Piece' is suited to many that's packed cool actions and humor...

>> on_o
Glad that we watched the anime together my otaku friend! I enjoyed it a lot too. High quality anime that is worth my ticket fee!

Have fun with the movies.... the last Unicorn movie I watched is Episode 3 and never bother to follow up after that... sigh

Yuppie! Lotz of anime movie gg this month and probably go watch another in Japan without subs. Lolz...