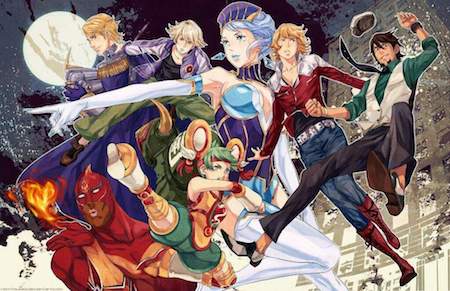 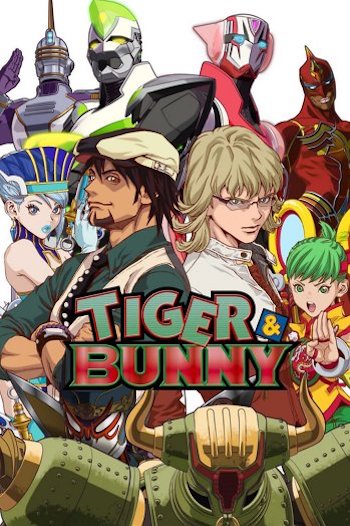 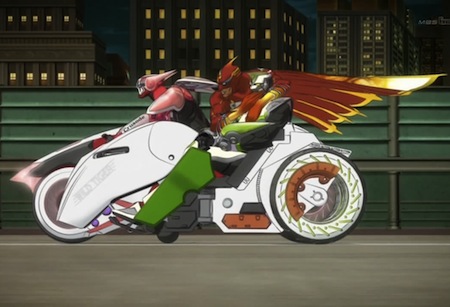 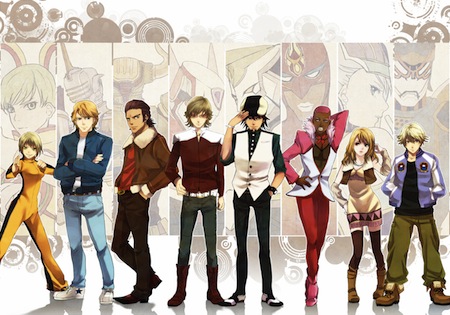 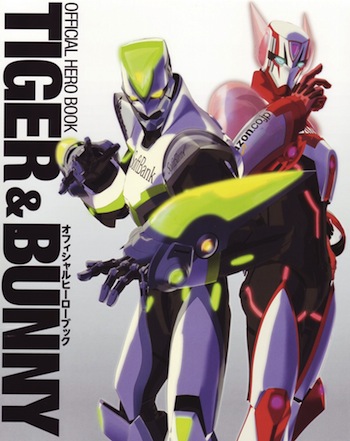 Just in time to finish watching 'Tiger and Bunny' television series before Golden Village screened the movie coming 7th October 2012 in Singapore. Another anime recommended by Guy 'A'. TnB in short was rumoured as an anime project that used a small remaining budget after the lion's share was set aside for Gundam project. It was a probably the reason why the anime was aired in Japan during the night (off peak hours).

A refreshing anime concept based on superheroes whereby human with extraordinary ability known as NEXT were introduced as superheroes after they had been sponsored by companies like Pepsi, Bandai, Calbee, etc... Each crime fighting superhero would be given points of his or her arrest and number of person rescued. The points accumulated would determine their ranking.

So why is the anime titled 'Tiger and Bunny'? Cos they are the first tag team heroes in the league of Sternbild City, made up of 'Wild Tiger' and 'Barnaby Brook'. Barnaby also sounded like 'Bunny', besides that his suit with two spikes on the head looks kind of "bunny ears".

The anime started in a spoof approach mainly on the clumsy 'Wild Tiger', destroy properties as he made futile superhero acts. There were series of side missions which eventually lead to a serious plot of major crime syndicate. Kind of like Hong Kong Police television serial style in anime.

Synopsis
Sternbild City is home to people called "Next," who use their special abilities to protect the people as superheroes. These heroes solve cases and save lives so they can wear sponsor logos or acquire "hero points." Their activities are documented on the popular program "Hero TV," which picks the "King of Heroes" in a yearly ranking. The veteran hero Wild Tiger has always preferred to work alone, but now he's been assigned the rookie Barnaby Brooks Jr., who has a different perspective on being a superhero.
at October 04, 2012

This is one of my favorite anime, like their storyline and character designs. Of course this led me to acquire some of their figurines. But seriously, Bandai came out too many series of figures for this and all have similar designs. I am only focusing on the S.H Figuart series.

I believed TnB is popular judging from those merchandises flooding the market. It think S.H Figuarts are good choice for the details, articulation and vehicle that is going to release soon. Saw Bison, Dragonkid and Skyhigh S.H Figuarts recently and if there is BlueRose, it would been really popular.

Personal preference, my choice would be the MG kits for price and size.

I am currently in KL and the Uniqlo had some cool Tiger and Bunny shirt. LOL

Enjoy your working trip and hope you catch some good deal there. Cheers!

i have no idea about this anime series, but from what i see in the character design (the exo-skeleton-armor) i think it would be great to take a look on them... on the collectibles side, well, as you, i would pick the model kits but seriously i have no plans to buy anymore... my collection has grown more than i expected, so i think is time to take a brake and enjoy what i already got... =)

Due to all the darn reality TV stuff here in the US, I didn't enjoy it as much. Even with the mass popularity in Japan, I brushed it to the side.

The toy line and merchandising really does however make me want to drop some coin for the figures.

>> chrismandesign
Well, it's an anime in a refreshing genre and untypical. The kind of anime that would motivate you once you start. Good to control your spending on hobby. I'm selling and buying at the same time to keep storage and expenses in check.

Oh yes, can understand that reality tv is states are overly exposured. Some new in anime I guess. As of now, I will try my very best not to touch this range of toys.

It seems weird to me the suit has commercial logos on it..I don't understand the idea of the design :)

The heroes would appear in reality tv while pursuing the criminals so their costume have the logo of their sponsors as advertisement. That's one of the niches in the anime.

I think the TnB formula won more anime fans over than what Sunrise had expected, exceeding their expectations.

A casual anime with a satirical take on the realities of commercialism and consumerism, the brandings on the uniforms of the various heroes is a nice reflection of the real world that we live in. (Think of the various brand-labels on your favourite F1 driver or on the jersey of your favourite football club.)

Another strong recommended by Guy 'A' and comment like review of the anime. Ha! Ha! You must be still in the mood of F1 in Singapore. Well, see you at the movie wearing that TnB T-shirt of yours. Good Luck mode!