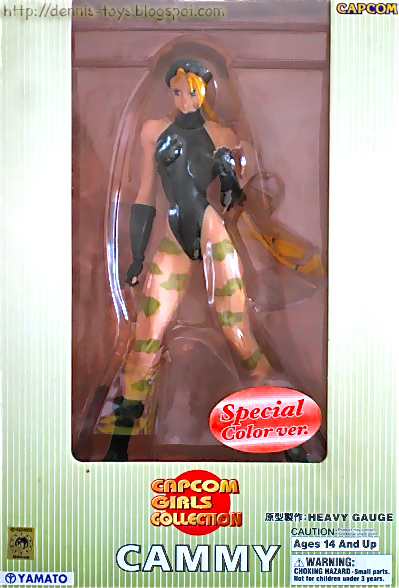 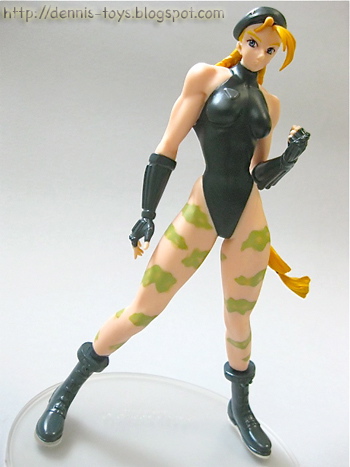 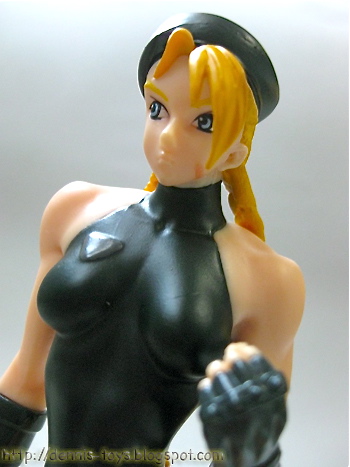 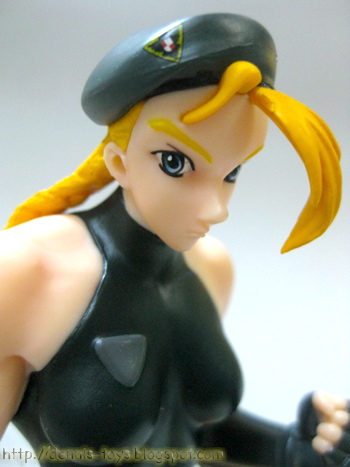 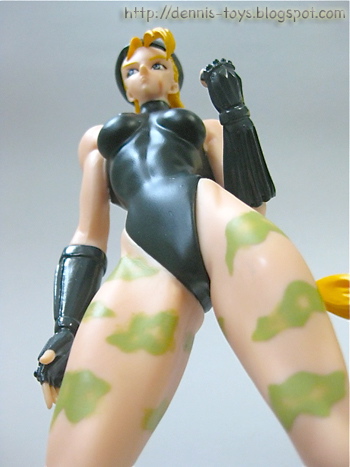 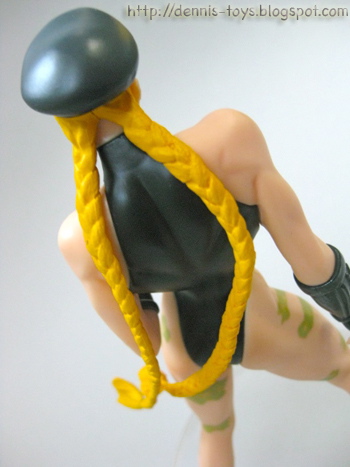 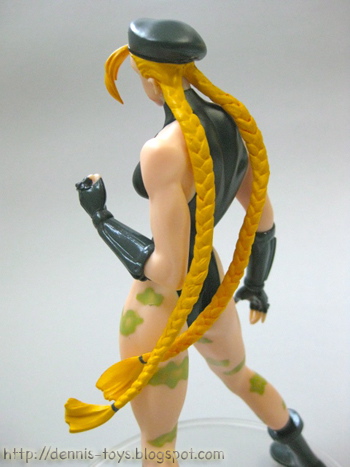 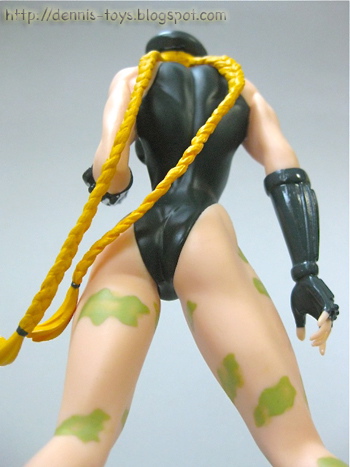 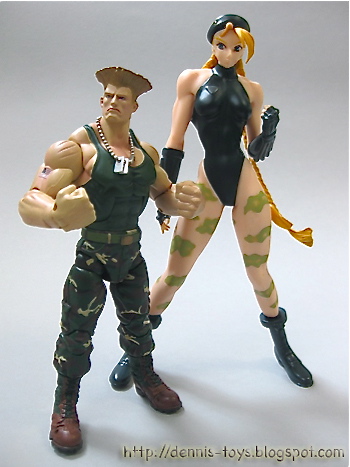 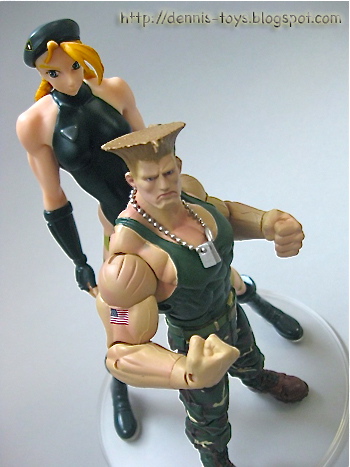 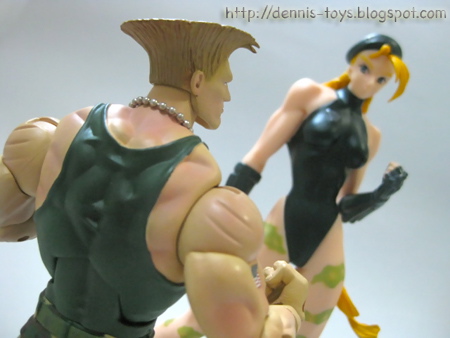 Get Ready! This is round 'Capcom Girl' Cammy. Cammy had her debut as playable character in 'Super Street Fighter' as a British intelligence officer entering the tournament to investigate on Shadaloo. This harmless looking blond with long pony tails could really hurt her opponents as she hurls herself at them with techniques like 'Thrust Kick' and 'Spiral Drill'.

This figure of Cammy that I bought was made by Yamato that was released as Capcom girls toyline. It's a variant from the original Cammy appearance in terms of colour as the others were very much the same. A more dull and realistic camouflage outfit. Figure was in its fix pose however, Cammy still looks damn sexy with that petite well toned body presented through her tights. The figure should be in the scale of 1/8 and standing taller than any average SOTA 'Street Fighters' action figure.
at October 05, 2011

Thanx bro! Hard to resist something like this. Hee! Hee!

Thank bro! I had put it on display in the living room.

Great angle-profiles in the pictures. definitely would be looked upon favourably by the folks at 2ch!

Hope would be a good review on 2ch if I post it. Ha! Ha! Things are getting a little ecchi here. Lol...

I threw the box and not able to trace back it's D.O.B. But I'm pretty sure it was produced some time back like you mentioned. The face probably appeared weird to you cos the figure in my opinion was sculpted more to 2D anime looking like the 'Street Fighter Alpha' appearance. Cammy would to sad to hear that she's muscular and taller than Guile and the rest. Sobbing.....

Nice grab as I have always loved her outfit. I haven't followed much, but picked up some of the manga to read later.

I only know Cammy through the game and didn't even use her. I'm more of a Ryu user.

October 17, to "occupy the Wall Street"Christian Louboutin Mary Jane Pumps demonstration over a month. Demonstrators held at the headquarters of a variety of activities to commemorate Zu Keti Park. Police continue to closelyChristian Louboutin Sandals guard this day, Wall Street is outside the tight loose inside.
China news agency reporters Zai Shiwei and Tai Benying see, most of the demonstrators demeanor relaxed and encouraging each other. Although many commemorative activities, there are speeches,Christian Louboutin Slingbacks polls and dance performances, but seems scattered messy. Demonstrators at the scene with a mimeograph machine tools such as the people making the "occupation of Wall Street" commemorative T-shirt, printed above the "celebration of the occupation", "99% of a" so popular. There are many people Christian Louboutin Flatsdedicated to a nearby store to buy new clothes, then please demonstrators processing.Demonstrators, food standards and did not decline, but some food in short supply. The day we eat bread, ham, vegetables, Christian Louboutin Eveningnoodles and salads such as jam, most of the food came, it was ten minutes to receive a blank.