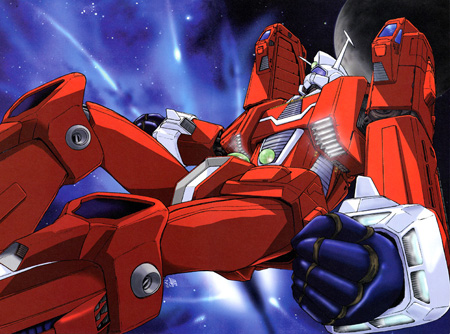 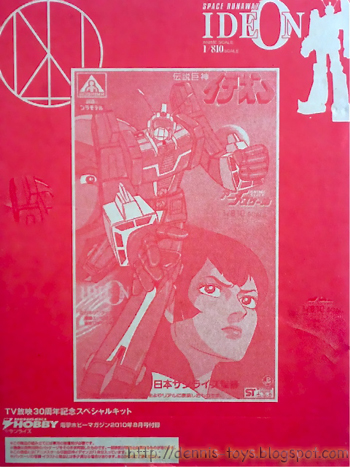 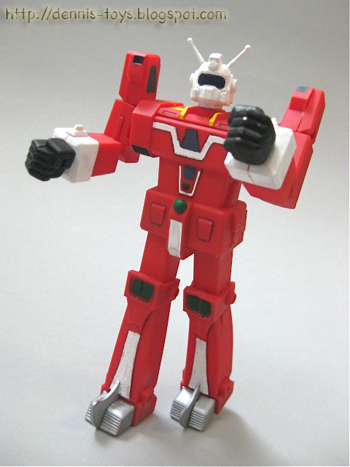 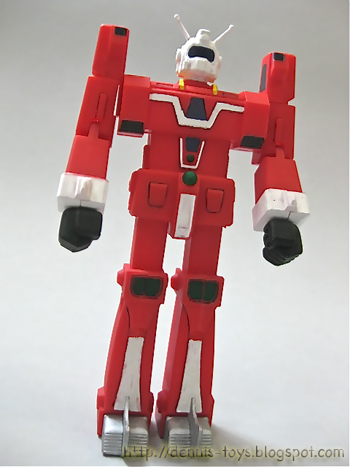 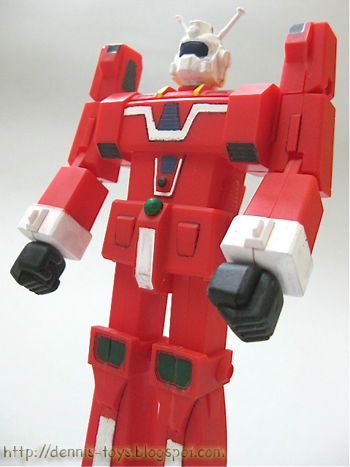 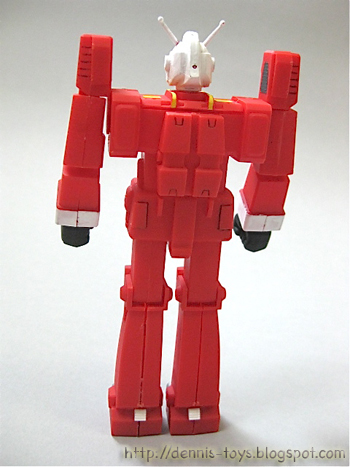 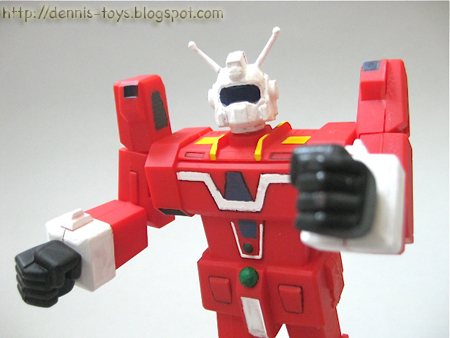 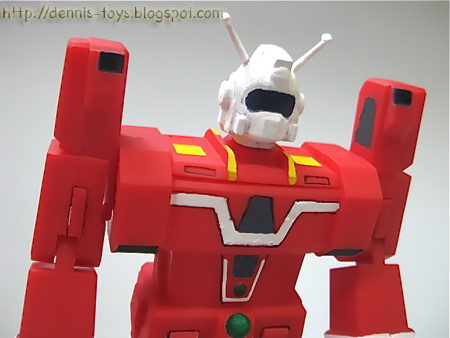 You may have find this robot familiar appearing in games like 'Super Robo Wars' series or it might give you the impression that it's a gigantic GM from Gundam series. Actually this robot is known as the 'Legendary Giant God Ideon' from the anime 'Space Runaway Ideon 伝説巨神イデオン' that traced all the way back to year 1980. This 1/810 scale Ideon by Aoshima was a reissue to commemorate 30th anniversary of the anime. It was given a repackage and included as a special item to August 2010 issue of Dengeki Hobby magazine. The kit came all red (all white for the vintage) so the other colours you see on the finished product were hand painted by me. If you don't mind the rough works. There's only a few parts to snap fit but plastic cement was required. At certain areas, especially the legs, obvious gaps could be seen on the seam. Since the kit is a design from the past, you got to forgive the robot looking unproportionate as well as the articulation of the limbs only restricted to just back and forth.
at October 17, 2011

Email ThisBlogThis!Share to TwitterShare to FacebookShare to Pinterest
Labels: Anime, Model kit, Others

that is so classic and a great addition to anyone's collection. You can see how cool it is with the transformation and the 'gundam like' robot.

i saw somewhere the soul of chogokin of this mecha IDEON & it’s really impressive... it reminds me Voltron (specially when the parts come together to create it) & i think they r from the same age... it should b really difficult to paint all those details pal, congrats!!!... i have some vintage kits as well that i will touch up now that finally i got my own airbrush & compressor... =)

i think i did saw this when i was a kid when it was on a re-run. But memories of it are blury. HAHA!

>> bluedrakon
I got this cos it looked sooo much like GM and I'll treat it like one. Ha! Ha!

>> chrismandesign
You are so right bro, there is a chogokin version of Ideon in a huge box but I didn't set my my budget on that. I might settle with the action figure by Yamato which look pretty decent too.

>> sl619
Bro, you were exposed to this anime early than I am I guess. I like the mecha but have not actually watched any of the episode.

I don't remember seeing this one but the design is truly during those era.

"Mekong River Massacre" occurred, in tory burch suede boots with gold heel
order to ensure the safety of our crew, Yunnan authorities have suspended the Lancang - Mekong international shipping. "Even non-stop, no one dared to set sail, and still outside of the crewsnake print flats
are afraid to sail back." A cargo ship owner said."Golden Waterway" is facing the fate of waste
Tanggula Lancang River originates in Qinghai Plateau, from the Mekongtory burch moccassins
River in Yunnan Province, said after leaving Mengla. Length of 4880 km, 2130 km inland of China, flows through, Myanmar, the old, Thai, Jian, the more of the six countries. According to "Lancang Mekong tory burch black brown flat boots
merchant shipping agreement" Lancang - Mekong waterway Simao Port in China mainly refers to Luang Prabang by sea between Hong Kong and 886 km waterway.
Water safety factor has become the biggest problem for route development, since even a few dozen every year from being intercepted or armed attacks on the case. From 2007 our crew member who tory burch caroline ballet flat
was shot to death this year, the Mekong robbery more frequently. April 2011, three ships of the 19 Chinese crew members and 14 Burmese workers, who by the Myanmar illegal armed robbery and seizure; August 22, Yunnan Comfort 17 outbound tourist boat tours to the Golden Triangle area suffered a unidentified armed robbery.