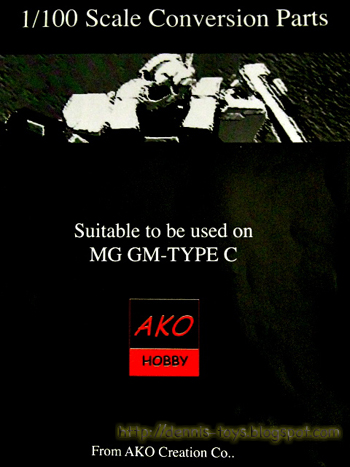 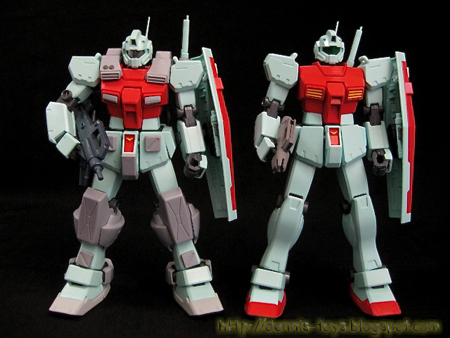 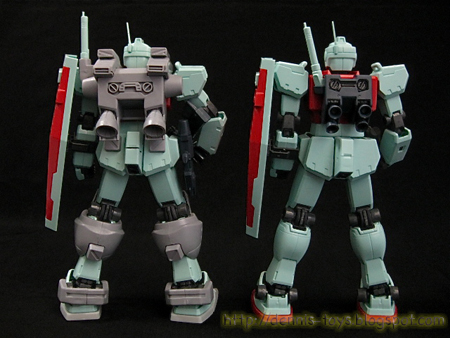 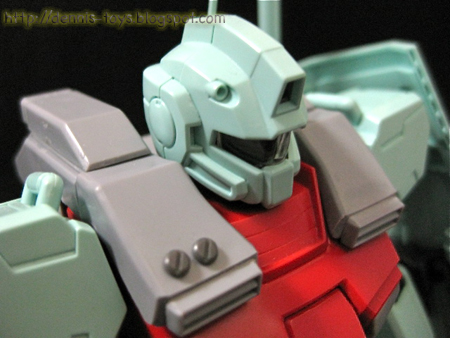 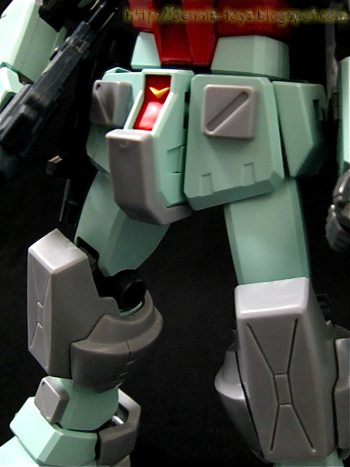 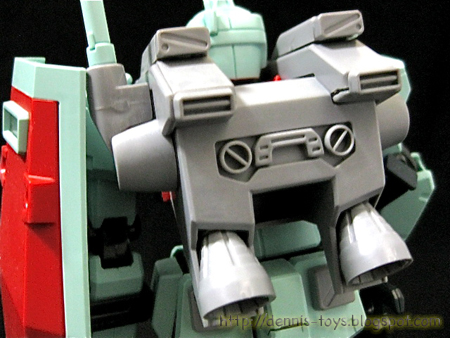 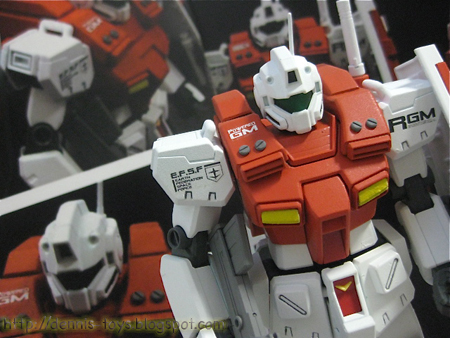 Here's a conversion kit which I had bought from Akocreation that will transform my GM Type C to a Powered GM Conversion Kit. I'm kindof surprise that the conversion only requires a few pieces of add on parts but I believed the real challenge and tedious moment would be spraying. For a start, it's easier to try out plastic conversion kit rather than resin kit. Truly the kind of conversion kit I need to expand my GM collection.
at May 21, 2011

do the conversion kit need to repaint ??

The whole kit wif conversion kit needs a new coat of paint in white and orange.

THis add on the armor and better jet pack for GM?

Really surprised by the lack of pieces it takes to complete, never really realised how close the power is to type c.

Looks like i a fantastic clean kit, not bubble or inperfection, i would recomend gigving it a wash with water and a very very tiny amount of washing up liquid before painting just in case of left over residue from when it was processed.

Whoa, great conversion kit. Another power up for your beloved GMs XD

>> LEon
It's a prototype which E.F.S.F had done to improve the capability of RGM Type-C after the OYW. Those powerful backpack thrusters had added weigh the MS so the extra padding on the kneels were to absorb the impact and distribute the weigh under gravitation pull.

>> Ant Sized Man
It came as a big surprise to me as well when I first learned about this conversion kit. It's all thanx to Plamo forum. Thank you for sharing your knowledge with us on the removal of grease & residue on kit.

>> Gundam Gunso
You sure know me well bro! This conversion kit not only will power up my GM collection but also provided me a chance to practice on my Gunpla skill.

i saw a few garage conversion kits (a bit expensive for my taste, specially when i’m used to models full of accesories, so i pay for the complete pack once & forever HAHAHAHAHA) but as most of the commentators here, an injected plastic conversion kit is a nice surprise... it makes this guy look way better... i need my own airbrush & a decent compressor (a bottle of thinner will b great as well) to begin to paint at least 1 simple kit =)

Woah, getting deeper into gunpla realm haha. That is one sweet conversion kit and plus its plastic! So much easier to work with!

Dennis Senpai,I think if you had a real Gundam.Like a Car...
Maybe you will makeup them like others makeup and mod their Cars...
I too will do that...

That kit really added some weight to the figure.

>> chrismandesign
Generally, plastic conversion parts are more economical compared to resin. The good thing is that MG GM Type-C are quite abundant so getting both conversion parts and the Gunpla ain't so difficult. Sad to say my Gunpla skill remains at epoxy paint can spray.

>> Tachikawa
Tachikawa san, now that you mentioned, this mod really seems like like modifying cars with addition body kit and thereafter spraying over with paint. Lol,,.

>> bluedrakon
Not just weigh measurement but also weigh in other aspects like charisma. Lol....

Yes...It's true but only cheaper than modding the car...

This will be awesome once painted bro!! ^^

>> Tachikawa
Definitely and a lot depend on own's effort.

Yes,there will be Effort needed there...