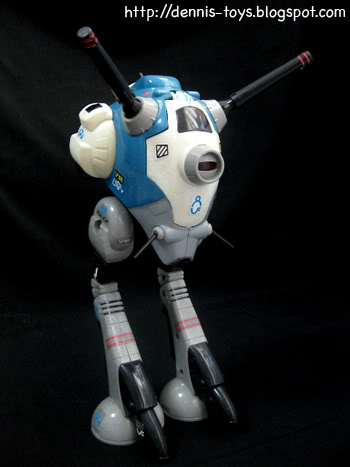 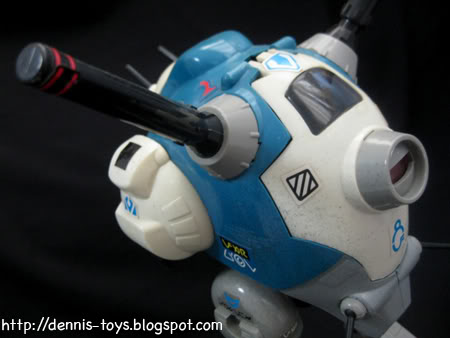 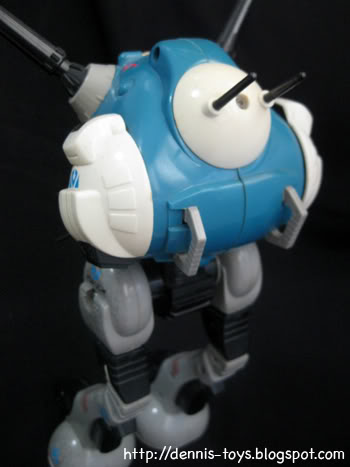 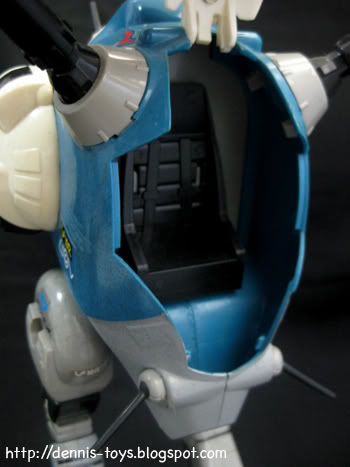 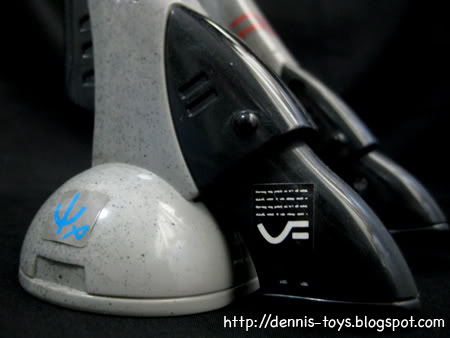 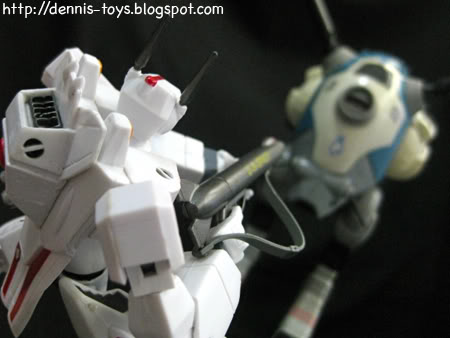 The old Rapid Culture @ Excelsior Hotel used to be my favourite hangout and I have acquired a lot of valuable Macross toy knowledge from both Calvin and Yanjie. Calvin is such a sincere person whom I regard him more as a friend than a toy seller. He's now a purchaser with Falcon's Hangar.

Talking about Excelsior hotel, there used to a few other toy shops that sprang out after Rapid Culture. The place used to be very ideal for setting up toy shop due to its close proximity to the former Clarke Quay toy flea market.

I got this loose Pod/ Regult from a Malay Abang at Excelsior hotel as well. This Zentradi mecha is known as 'Pod' in Robotech whereas 'Regult' in Macross. It's surprising how this egg shaped capsule with sleek legs is able to accommodate a giant alien. Anyway this Tactical Battle Pod was manufactured by 'Matchbox' under the licensed of 'Harmony Gold'. Can also buy a 'Matchbox' Zentradi action figure to put in the capsule.

wow.. thats so vintage! btw, is robotech = macross?? i nvr really follow them at those times..

first of all... why r these freckles there ??? LOL... second, this mecha really looks like an insect & in my (first bloggy) experience HAHAHAHAHAHAHAHAHAHAHA, sorry i can’t avoit it... the alien mechas & ships almost always remaind me insects in many forms... third, this toy was loved before or is just my impression ??? ... finally, this figure looks pretty good after all =D

I remember those in the day. I saw the Rick Hunter plane and didn't like it as it was a funny (Chibi) design. Now I wish I had purchased it - Doh!

>> sl619
Macross was originated from Japan, when it was introduced to U.S, Macross was fused with Southern Cross and Mospeada to form Robotech under the licensed of Harmony Gold.

>> chrismandesign
Regult or pod does seems pretty weird in design like a ball attached with elongated legs. Fortunately, it casted a long impression with fans who like them a lot.

Oh my! Pod I like! can any figure fit inside that cockpit?

i see.. thanks for the info man!

>> LEon
Any figure of the size of a regular G.I Joe action figure will be able to fit in. It's quite a big toy actually.

I think the design of this robot is very impressive even so many years already..

nice vintage regult, i just gotten my revoltech regult and some other toys through ebay. i've posted some pics of it in my blog: http://childhoodinterests.blogspot.com/

>> deSMOnd
Classic mecha design that still has a placing in todays content. Lol....

>> Andy
Thank you visiting my humble blog. I do have the Revoltech Regult but had already sealed it with plastic wrap. Will definitely visit your blog bro!